On December 7, 2017 Milford Police arrested Todd L. Bunselmeyer, 51 of Milford, after detectives apprehended him while conducting surveillance on a property that was burglarized on 12.06.2017.  On 12.06.2017 Milford Police investigated a burglary in which tools were taken from a residence on West Clarke Avenue.  As part of that investigation detectives conducted surveillance of that area the following evening.  At approximately 5:20 am on 12.07.2017, detectives observed suspicious activity at another residence in the area.  Detectives were able to take Mr. Bunselmeyer into custody as he attempted to leave that residence.  A subsequent search of Mr. Bunselmeyer’s residence located firearms in which he was prohibited from possessing.  Warrants were obtained for Mr. Bunselmeyer and he has been charged with three counts of Burglary Third Degree, Theft $1500 or Greater, Theft Under $1500, Criminal Mischief, Hindering Prosecution, two counts of Tampering With Physical Evidence, Conspiracy Second Degree, three counts of Possession of a Firearm by Person Prohibited.  Mr. Bunselmeyer was also found to be wanted by the Justice of the Peace Court #2.  Mr. Bunselmeyer was presented at the Justice of the Peace Court #2, where bail was set at $19,600.00 secured.  Mr. Bunselmeyer is scheduled to appear at the Sussex County Court of Common Pleas on 12.14.2017 for a Preliminary Hearing.  Mr. Bunselmeyer has been committed to the custody of the Delaware Department of Correction at the Sussex Correctional Institution. 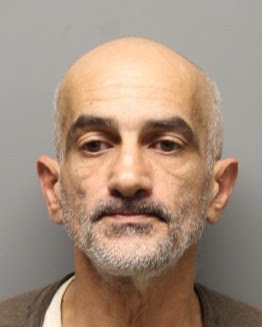 Sign up for you free digital subscription of The Weekly Review, delivered directly to your email every Tuesday morning. A quick cover-to-cover read to catch up on the news of the week and experience great stories about our local communities. Sign up for your free email subscription below.

Dept. of Justice: “use of deadly force does not constitute a criminal offense”

September storms have history in Milford

by Terry Rogers     A summer thunderstorm that passed through Milford on September 3 caused major power outages and flooding in the town. This is not...
Read more

by Terry Rogers   City Manager Mark Whitfield says that there have been issues with water in the southeast part of Milford. When he learned that...
Read more

Nemours Children’s Health and an anonymous donor are calling on the community to help fill a vital need for pediatric care in Southern Delaware. ...
Read more

Newspaper is your news, entertainment, music fashion website. We provide you with the latest breaking news and videos straight from the Milford Delaware team.

© Milford LIVE by The Web and Marketing Bureau, LLC

The Cost of Entertainment