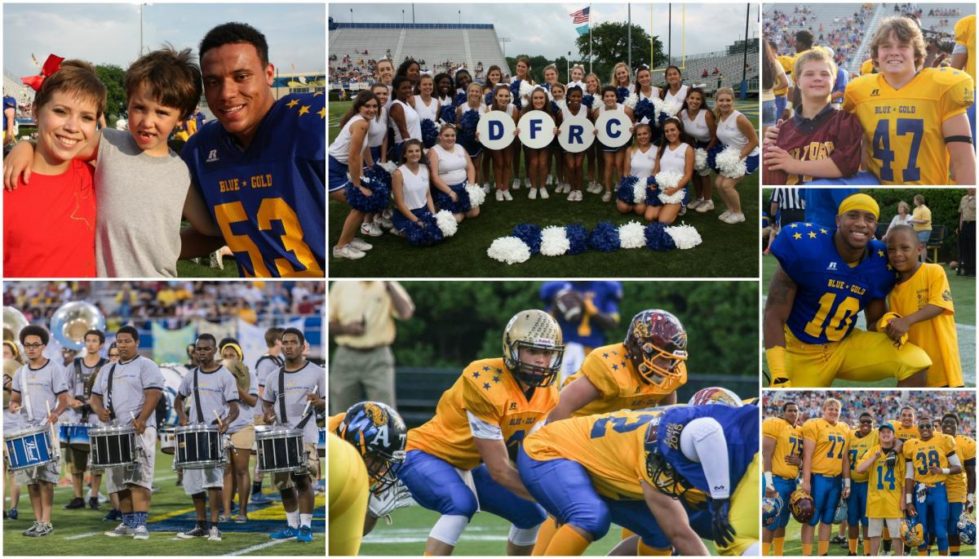 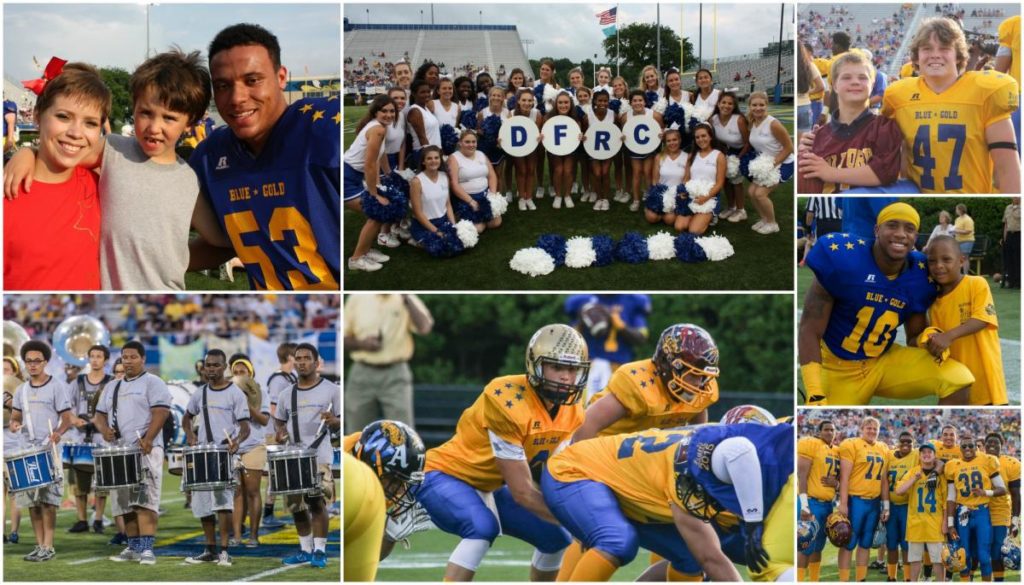 The 66th annual DFRC Blue-Gold All-Star Football Game will be played tonight at Delaware Stadium on the campus of the University of Delaware.

The 66th annual DFRC Blue Gold All-Star Football Game will be played tonight at Delaware Stadium on the campus of the University of Delaware. The game supports the enrichment of children and young adults with intellectual disabilities. Delaware’s finest high school students are selected to participate as football players, cheerleaders, band members and school ambassadors.

The first game was played August 25, 1956. DFRC’s founders, Bob Carpenter and Jim Williams, two local sports enthusiasts who were the parents of children with intellectual disabilities, inspired the game. They wanted to host a fundraising event that spread awareness about intellectual disabilities while raising funds for programs that serve these children.

Blue team members are recent graduates of high schools north of the Chesapeake & Delaware Canal, except Red Lion Christian, which joins the schools to the south on the Gold roster.

The Gold has won four straight and eight of the last 10 all-star games.

The Blue has never trailed in the all-time series leading 32-30 with three ties. The Blue will be an underdog again this year, as the Gold includes players from six of last year’s eight Class 3A state quarterfinalists, including state champ Middletown and runner-up Smyrna. The Gold team coaches are Shaun Strickland of Milford assisted by Juwon Sivels (Milford), Eston Ennis (Sussex Tech) and Brian Timpson and Francis Clark (Appoquinimink). The Blue team is coached by John Bellace of Archmere, assisted by Ariene Gardner and Omar Richardson (Archmere), Isaiah Mays (Brandywine) and Rahsaan Matthews (Howard).

Since its inception, DFRC has awarded over $6 million in grant monies to programs that encourage citizens with intellectual disabilities to maximize their potential, independence and enjoyment of life.

Grants are awarded once a year, with the deadline for applications being October 1st. To obtain a grant application, or more information, please call DFRC at 302.454.2730 or email [email protected] with “Grant Application Request” in the subject line.