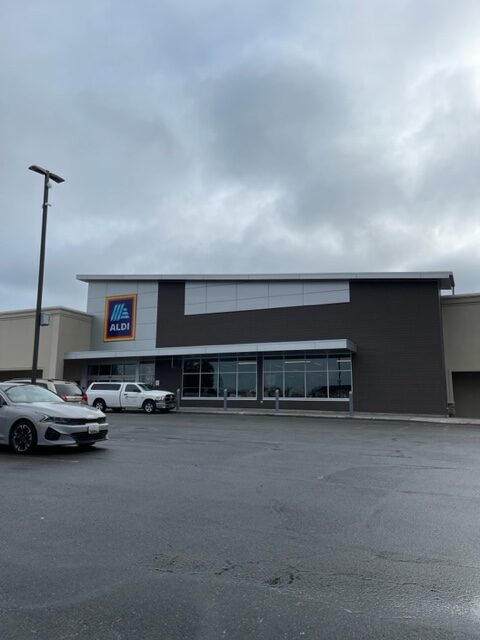 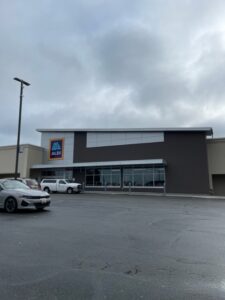 Construction continues on the new ALDI which will be located in the Milford Plaza next to Planet Fitness. The company is excited to bring their brand to the town.

“We are excited to confirm that the Milford ALDI’s is expected to open Thursday, February 9, 2023,” Jeff Baehr, Frederick Divisional Vice-President of ALDI, said. “ALDI looks forward to serving Milford residents and we will be sure to provide more details the closer we get to the grand opening date.”

Bringing ALDI to Milford required some changes to leases for stores already in the shopping center, James Grant of Tsionas Management told Milford City Council in June 2021. The management company required approval from council to place a sign for Sherwin Williams farther north in front of the shopping center in order to move that store to the former Sears location. In order for ALDI to have enough of a footprint, they needed to take over the Sherwin Williams store that is adjacent, requiring Tsionas Management to relocate Sherwin Williams.

Sherwin Williams moved into the location vacated when Sears closed their storefronts last year. At the time Grant was speaking to council, he hoped that talks with Marshall’s Department Store would result in them opening a store in the former Peebles building, but those talks fell through.  According to Holly Taylor in the communications department of Marshall’s, the company was not planning a new store in Milford as of September 2022.

ALDI has been in the grocery business for more than 40 years, following the same guiding principle that great quality should come with low prices. The Albrecht family opened the first ALDI’s in 1961 in Germany and opened their first store in Iowa in 1976. They are headquartered in Batavia, Illinois and grown to more than 2,000 stores across the country. The company has a no-frills shopping model offering high-quality food, excellent customer service, low prices every day and a smaller store that makes shopping less timely.