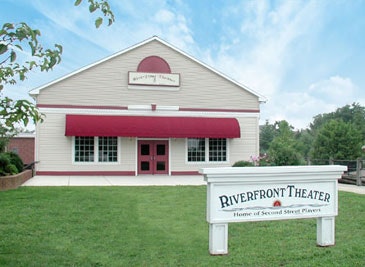 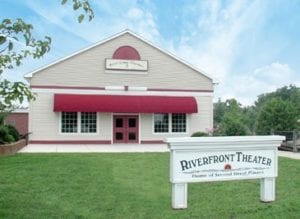 Second Street Players announce auditions for the innovative and imaginative Tony-winning comedy, “Peter and the Starcatcher,” on Sunday, June 19, 2022, and Wednesday, June 22, 2022, at 6:30 PM.  All auditions are at the Riverfront Theater, 2 S Walnut St, Milford, DE 19963.

Director John H. Hulse has announced open auditions for Second Street Players’ 2022 production of “Peter and the Starcatcher”  The show is performed by a cast of twelve actors with good physical comedy sensibility, ages 15 – 99. Auditions will consist of readings from the script, some improvisation and movement exercises, and learning a group song. Those auditioning are encouraged to bring a prepared, short comedic monologue and, if they wish, a prepared short solo of a campfire song, lullaby, sea shanty, or jingle. Casting is open to all people. Minority actors are encouraged to audition. Show dates are September 9, 10, 11, 16, 17, and 18, 2022. The cast must be available for all show dates. Second Street Players, in keeping with the Governor of Delaware’s guidelines, currently recommends that masks be worn in indoor spaces, regardless of vaccination status.

Tony-winning “Peter and the Starcatcher” is the prequel to Peter Pan. An extravaganza of staging that relies on suggestion and storytelling, this is a coming-of-age adventure story about how a nameless orphan, inspired by a remarkable and ambitious girl, became the strange and celebrated hero who is the Boy Who Would Not Grow Up. Featuring a dozen actors portraying more than 100 unforgettable characters, including sailors, seamen, seafarers, orphans, pirates, mermaids, mollusks, and narrators, “Peter and the Starcatcher” playfully explores the depths of greed and despair, as well as the bonds of friendship, duty, and love.

“Peter and the Starcatcher” is a play by Rick Elice, based on the novel by Dave Barry and Ridley Pearson, music by Wayne Barker. Originally produced on Broadway by Nancy Nagel Gibbs, Greg Schaffert, Eva Price, Tom Smedes, and Disney Theatrical Productions.

Those needing more information, or are unable to attend the audition, but are interested in auditioning or being part of the production crew, should contact Mr. Hulse at 302-245-4147.

Second Street Players values diversity and inclusion in casting, and in all other areas of production.  For a synopsis of the show and parts or other information about Second Street Players, visit www.secondstreetplayers.com.  “Peter and the Starcatcher” is presented through special arrangement with Music Theatre International (MTI). All authorized performance materials are also supplied by MTI. www.mtishows.com

The show is supported, in part, by a grant from the Delaware Division of the Arts, a state agency, in partnership with the National Endowments of the Arts. The Division promotes Delaware arts events on DelawareScene.com.