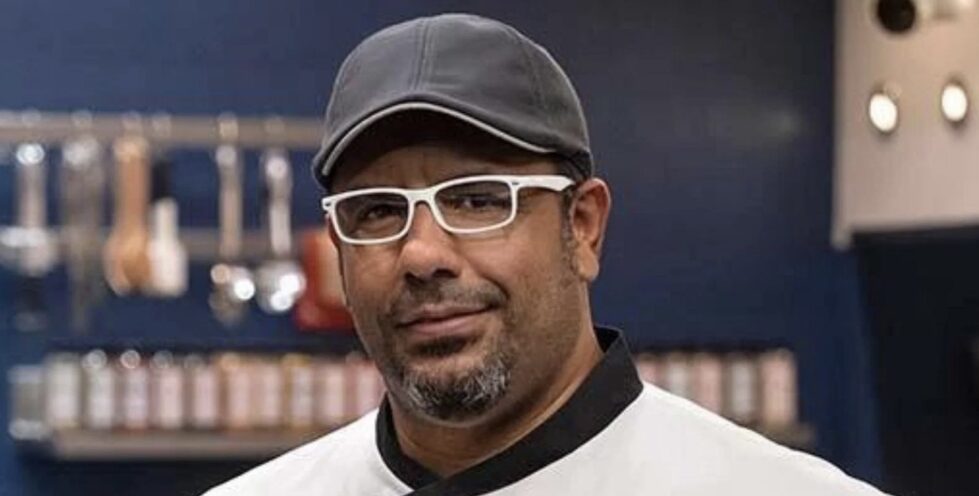 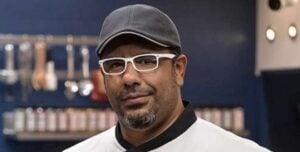 Fox has announced the lineup of chefs who will appear on the upcoming season of Hell’s Kitchen. The show features chefs battling to become the head chef of a Gordon Ramsay restaurant. The season, which begins September 29, will feature Chef Jesus “Zeus” Valentino Gordiany who has been the head chef at Benvenuto since they opened.

“The Milford-based executive chef likes to keep his life private on social media,” the website for the show read. “Although his age is not known, he’s part of the 40-somethings team.”

Chef Zeus began cooking with his mother at an early age and recalls visiting Italian markets in Philadelphia, helping his mother choose menu items including octopus, fresh pork and short ribs. He credits his mother with teaching him to create stunning Italian and Spanish foods as well as how to braise and sear meats. He also received formal culinary training at the Restaurant School at Walnut Hill.

“I knew at a young age my career would be in the kitchen,” Chef Zeus said in an interview when he came to Benvenuto. “The idea of serving someone something you created is an amazing feeling. When I was 13, 14, 15 and 16, a lot of my friends were hanging out, partying and getting into trouble. I was getting an education in the kitchen and getting paid for it. Over the years, I have worked with some phenomenal chefs who taught me a lot.”

Chef Zeus did not try out for the show but was approached several times to be part of the cast. He explained that the first time he was asked was seven or eight years ago, then again about three years ago, but he was not interested at the time. He stated that the show has people who search for videos online to find cast members for the show although they also take submissions from others, so he is not sure which method was used to find him.

“I’m not really a reality show guy,” Chef Zeus said. “So, when I was asked to do it again, I was more interested in the competition side of it. I said, I should do that. This is something that only comes once in a lifetime and not many people get the opportunity to get on there and have their names attached to a show like that.”

Filming ended a few months ago and the show has been in the editing process since that time. Chef Zeus is not allowed to reveal too much about the show or how he fared as a contestant, explaining that people will just have to watch to see how it turned out.

“The other contestants and I, we talked among ourselves,” Chef Zeus said. “But everybody’s thing was “oh my goodness, how am I going to be portrayed.” Because that’s what it really comes down to. You’re afraid of how they’re going to portray you, like a hero or someone who cannot even boil water. For the most part, everyone who appears on the show walks away with the feeling it was a cool experience. And, at the end of the day, whether they win or not, they were still part of something so there is a blessing in that.”

Chef Zeus stated that overall, Ramsay was a very nice guy and that many people had the wrong opinion of the famous chef.

“He has so many different personas,” Chef Zeus said. “If you have ever watched him on Masterchef kids, you’ve seen him as a judge on that show and it is a completely different person than on Hell’s Kitchen where there is a lot of yelling and swearing. That’s television. But I do feel that the person that he is may is not fully understood, but he’s a really good guy. He’s a respectful guy that knows his stuff. He’s good, he is one of the best which is why he is where he is. A lot of people think the screaming and yelling is how he is, but it is not. That is not who he is.”

Chef Zeus did say that he learned from Ramsay, but that he tries to learn in all aspects of life.

“To be honest, I watch a lot of cooking segments online, just videos on Instagram and things like that,” Chef Zeus said. “You’d be surprised how much you learn just from watching somebody because there’s always somebody that’s doing something different. Like, there’s 1,000 different ways to make a donut. So, it’s crazy how cooking has evolved and what we’re used to doing as chefs. It’s constantly changing and evolving. I can honestly look at a Wendy’s commercial and see something there, some form of inspiration.”

As an example, Chef Zeus explained that for an upcoming menu, he was trying a take on Italian wedding soup, a dish that has been requested previously. Instead of the soup, he is creating an Italian wedding risotto which will have pan-fried garlic meatballs, escarole that has been sautéed in butter, roasted baby carrots mixed in a creamy Parmesan risotto.

“It will have all the elements of Italian wedding soup but in a risotto,” Chef Zeus said. “Another is a dessert. Folks love tiramisu so I am creating a tiramisu gelato. So, it’s just taking things and making them different. Like taking a traditional deviled egg and adding things. We just did one that was a take on crab Hollandaise. We used our standard recipe and topped it with crabmeat, crispy pancetta and a nice Old Bay Hollandaise with fresh chives. You can literally go to your favorite diner and find inspiration in the plate. So, yes, I did learn from Gordon Ramsay because I am always learning things. You cannot lose that as a chef because that is our form of creativity. That’s what keeps us going. We’re artists at the end of the day.”

Chef Zeus is not the only one excited about the premiere of Hell’s Kitchen. The owners of Benvenuto are excited to see their chef introduce viewers to his talents as well.

“This is exciting for him and for us,” Lisa Johnson, co-owner of Benvenuto said. “We definitely support Chef in this endeavor and think he will do well.”