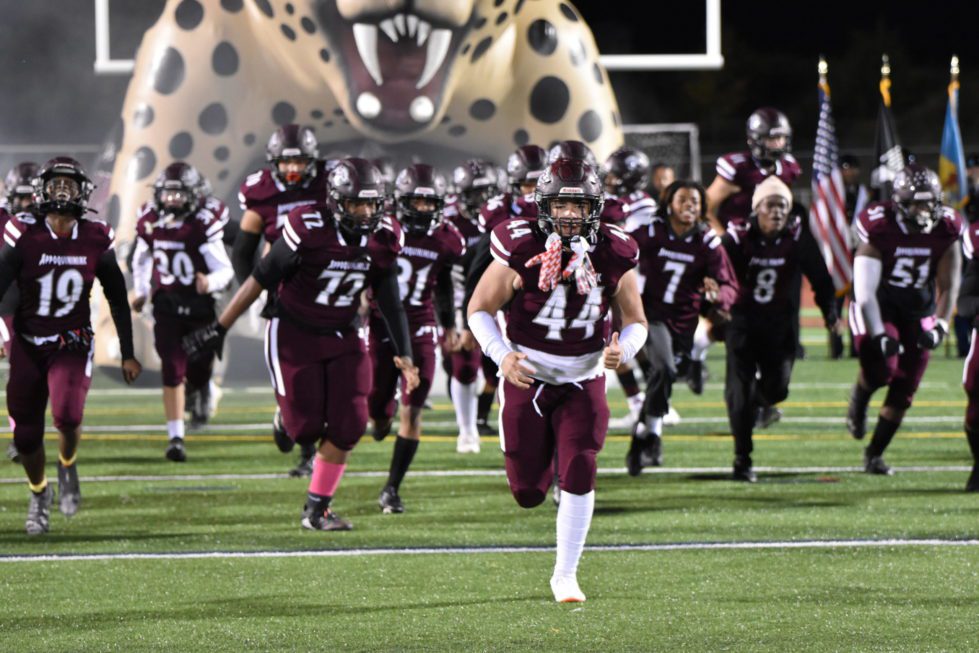 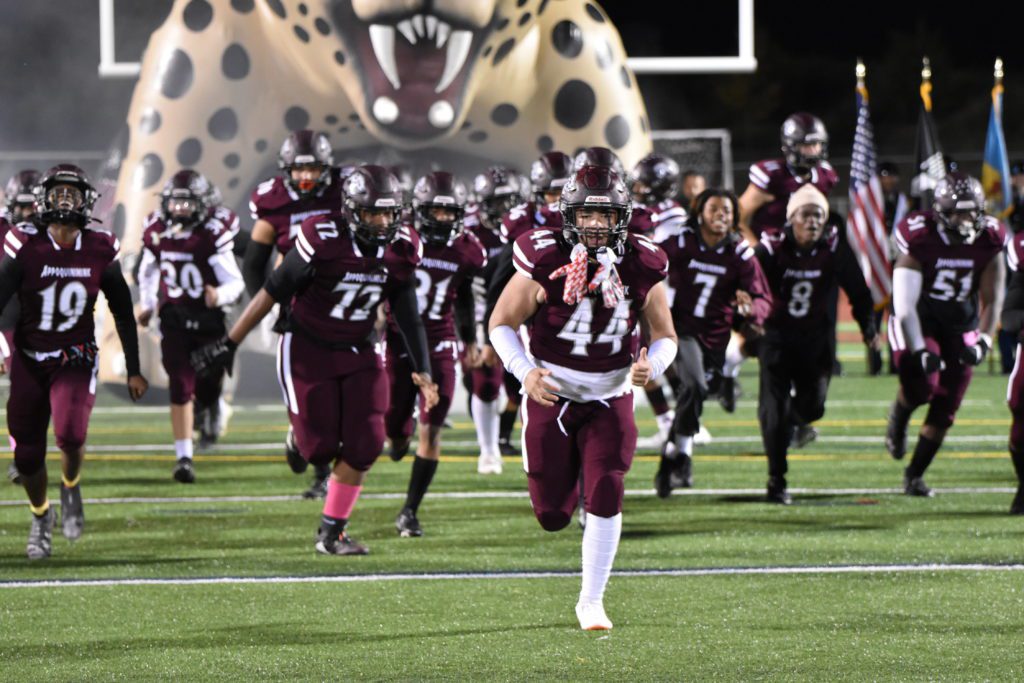 Cape Henlopen won the statistical battle Thursday night but fell victim to turnovers and big plays by Appoquinimink early in a 55-27 loss in Middletown. The Vikings outgained the Jaguars 526 to 440 in total yards but committed some early mistakes and the Jags took full advantage.

Cape recovered a fumble on the Jags initial drive of the game at the 32 yard line and drove to the 5, but the drive stalled and they lined up for a 26 yard field goal attempt. Elijah Husser blocked the kick and Naseam Griffin scooped up the loose ball and raced 66 yards for a touchdown and a 7-0 lead. On the Vikings very next possession, they drove from their own 33 yard line to the Appo 11 thanks to a long run of 36 yards by freshman Maurki James. Under pressure from the defensive pass rush, Hank D’Ambrogi was intercepted by Dillon Griffin at the 8 and returned 84 yards to the Cape 8. That was Griffin’s team-leading 4th interception of the season and led directly to an 8-yard touchdown run by quarterback Ryan vonBrandt and a 14-0 advantage to end the opening quarter.

Following Cape’s third turnover of the 1st half (fumble), the Jaguars drove 76 yards aided by yet another “big play”, a 69 yard catch and run by Ethan Osiegbu to increase the lead to 20-0 as Daniel McConomey ran the final 7 yards for the score with 10:08 left in the half. Then Appo executed a perfect onside kick, as Devon Wilson recovered the ball at the Cape 43. That led to an 18-yard touchdown pass from vonBrandt to Jaden Weatherspoon for a 27-0 lead. Cape finally got on the board late in the 2nd quarter as D’Ambrogi connected with speedy Chancler Johnson for 65 yards, cutting the deficit to 27-7 at the half.

The two teams traded touchdowns in a very exciting third quarter as Cape scored on a 33-yard run by Saez and another pass from D’Ambrogi to Johnson of 28 yards and Appo countered with a 28-yard run by vonBrandt and a 60-yard scamper by McConomey to make the score 41-20 heading to the 4th and final quarter.

Cape’s Johnson intercepted a vonBrandt pass early in the 4th quarter and returned it to the Jags 47. Then Cape called a “guard-trap” play for James and he sprinted 43 yards to set up 1st and goal from the 4. Appo’s defense stiffened, forcing a 4th and goal play from the one, but D’Ambrogi dove in for the score to make it 41-27 and a two-possession ball game. The following kickoff was made by Nickolas Trewartha and not Cape’s normal kicker (D’Ambrogi). Trewarhta nailed a spinning onside kick that appeared to be legally tipped by Thomas Messick and recovered by the Vikings’ Keshawn Mansfield at the Appo 45. Cape would have had the ball down by two scores with 7:50 left in the game, but the ball was awarded to the Jags instead and they would score with 4:11 left on a 15 yard run by Weatherspoon to essentially “ice” the win. Appo would add another late touchdown on a 16 yard run by McConomey to make the final 55-27 and give the Jaguars their 4th straight win and an overall record of 5-3.