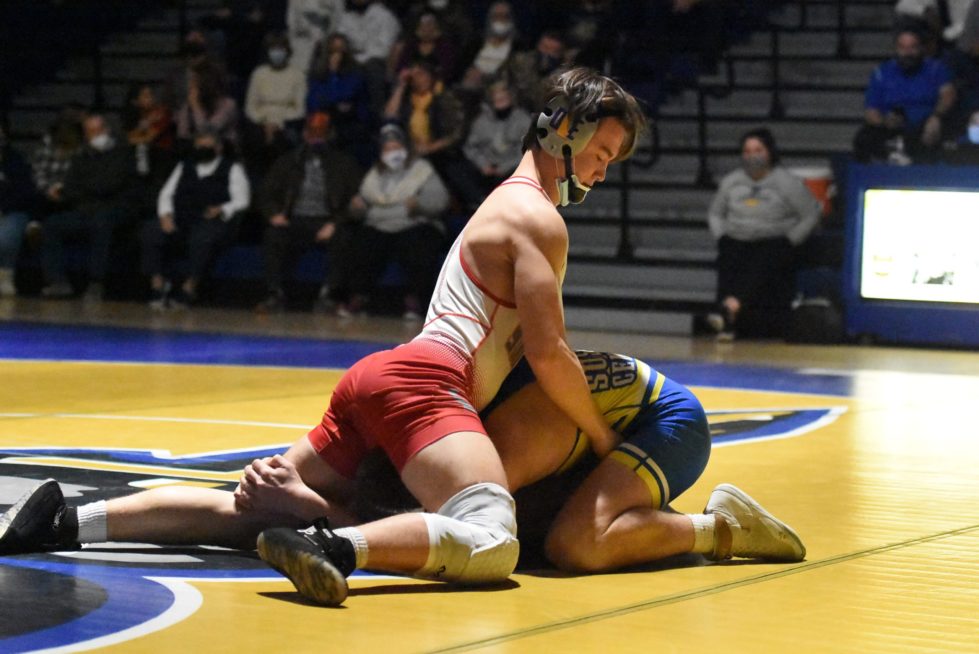 The regular season match between Milford and Smyrna came down to the final weight class as Chijoka Eulie pulled out a decision for a 36-35 Eagles victory.

The rematch in the DIAA quarterfinal duals was expected to be another nail biter, but Smyrna reeled off 29 straight points to win 50-22, sending the Eagles into Saturday’s semi final rematch against top-seeded Cape Henlopen.

The quarterfinal match began at 113 pounds as The Bucs Vincent Jenkins gained a decision. Following a Milford forfeit to Gabe Giampietro, the 4th seeded Buccaneers won three of the next four matches to take a 16-12 lead. The pivotal match came at 160. With Smyrna trailing 16-15, Brandon West appeared to be headed to a loss as Tim O’Hara led 7-2 in the 2nd period. However, late in the final period (with O’Hara up 7-3), West escaped and scored a fall at 5:48 to give Smyrna the lead and ignited the rally.

Shaun Atkinson (170) and Derek Davis (182) both recorded pins, Tyler Downward (195) gained a technical fall, then Kael Howell (220) pinned his opponent. When the “dust settled”, the Eagles had an insurmountable lead of 44-16 with just two matches remaining.

Smyrna is the host venue for the DIAA semifinals and finals. The Eagles will meet No. 1 seed Cape Henlopen at 2 p.m. Saturday. The Vikings won the regular season match in the final weight class (34-30). In the other semifinal, Caesar Rodney will face Salesianum.