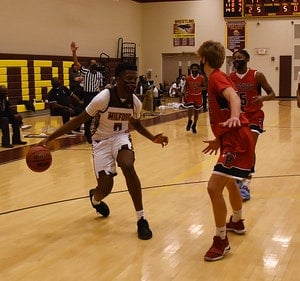 Before the start of the season, Milford boys’ basketball Coach Lamar Shorts knew it was going to be a steep learning curve for his team. So far it has been just that. While the learning curve has been steep, the Bucs have been making progress. No time was it more evident than last Tuesday night, when Milford traveled to tip off against Sussex Tech.

In what could easily be described as an up and down performance, Milford was there at the end to come up on the right side of a 51-48 victory.  For the first three quarters, Milford found itself chasing the host Ravens. The Buccaneers found themselves trailing 41-33 as the game entered the fourth quarter. “We have been down before this season and really had not responded until Tuesday. When it really mattered, we came up big as a team, that is one of the things that we have been working towards,” Shorts said.

The Milford rally was keyed by team defense and the scoring of sophomore Andrew Kravitz, who would net 28 points total while making five three-point shots. It was an indication of what this young Milford team can do, when it put its mind to it. “Tuesday showed the heart that this team has, they never give up no matter what the score. This is all about understanding what it takes to win and on Tuesday this team showed that they have what it takes to win, we just have to learn how to build off it and put it all together for four quarters,” Shorts said.

With all the good on Tuesday, there were plenty of mistakes to go with it Friday night, as Milford hosted Polytech, and wound up on the short end of a 54-42 score. While Milford would jump out to a quick first quarter lead, the mistakes began to pile up quickly for MHS as both teams applied tremendous pressure on the ball. While both teams forced a huge number of turnovers, it would be the visiting Panthers who would take advantage of the opportunities, while the Bucs would squander theirs.

The Buccaneers were finding it difficult to move the ball in the offensive zone against a solid Polytech defense. With each passing possession, you could see the frustration grow on the young Bucs as they just couldn’t complete the plays when they had them. On the other hand, Tech was breaking the Milford pressure defense, steadily working its way back into the game. At the end of the first half, it would be Tech who would take a 24-19 lead into the locker room. “I thought we started out well, but Polytech adjusted well and we did not take advantage of the opportunities that we were presented with. We missed some free throws when we were in the bonus and they (Polytech) made the plays that they had to as they took control of the game.”

The second half would be much of the same, with Milford plagued by turnovers and missed opportunities. It all amounted to a game that most teams would just want to forget, but that is not the mission this season, the mission is to learn. Finding themselves on the wrong end of a 54-42 score and falling to 1-5 on the season. Coach Shorts still believes the best is yet to come “Tonight wasn’t our night, it happens sometimes. That doesn’t mean we won’t get anything out of this, we have a lot of tape to go through and a lot of areas we can improve in. We will learn from this game; we will grow stronger because of it. I really believe in these guys.” 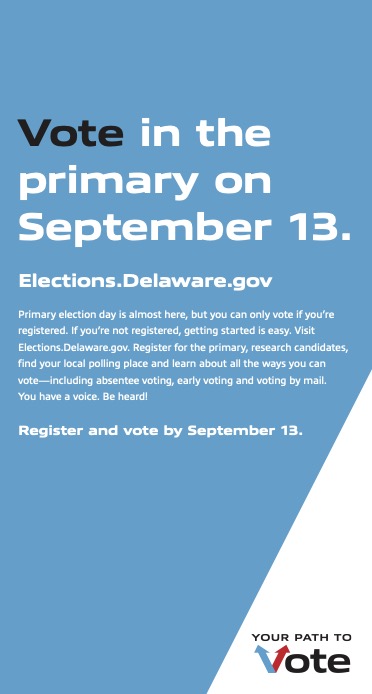