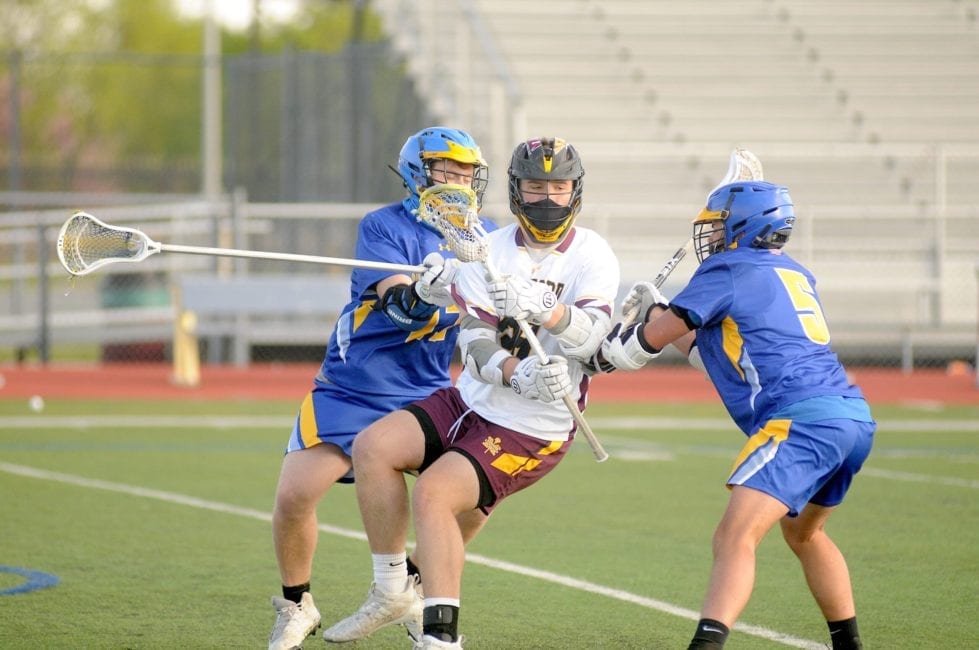 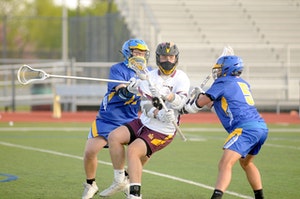 Bryce Wells was happy to be back on the field after missing more than three weeks of action.

The Milford High senior midfielder scored a hat trick in his first bit of action since suffering a shoulder injury March 29 as his Bucs defeated Sussex Central High 22-1 at Briggs Stadium Wednesday night.

“It feels pretty good being back out here with my brothers,” said Wells. “I missed them, it was a long three weeks, I can tell you that, but being back out here and playing with them was exciting … It’s definitely a big confidence-booster — we needed it. We lost a few games by one or two goals, but it feels good to get a win against a conference team.”

The Henlopen Conference Northern Division boys’ lacrosse win snaps a three-game losing streak for Milford (3-6), who hadn’t earned a victory since defeating Sussex Tech High 14-10 on March 30. The 21-goal win marks the largest margin of victory for the Bucs since the program’s 26-1 win over Dickinson on May 11, 2015.

The loss drops Sussex Central to 0-5 on the season. 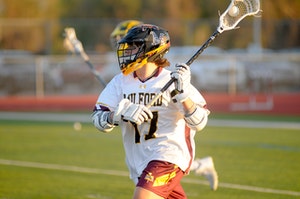 Ten different players scored at least one goal for the Bucs, including a game-high four from freshman Landon Hudson. Junior Shane Sylvester also recorded a hat trick with one assist, while seniors Landan Hajek, Matthew Hague and Troy Donavon and freshman Kolin Thompson scored two each. 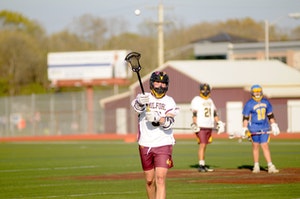 Milford opened the game with a 6-0 lead through the first quarter, tacking on nine more second quarter goals to build a 15-1 halftime lead. Central didn’t get on the board until scoring their lone goal with 4:10 to play in the second quarter. The Bucs had already built up an 11-0 lead at that point.

With a running clock in the second half, the Bucs netted three third-quarter goals and three fourth-quarter goals to cap the scoring for the day.

Three of Milford’s six losses this season were decided by just one goal. Smyrna High beat the Bucs 8-7 in overtime on March 24, Indian River High squeaked out a 14-13 victory on March 29 and last Friday Polytech High pulled away for a 12-11 win over Milford.

With six games remaining on the regular season schedule, Milford will prepare to host Caravel Academy Monday, April 26 at 6 p.m. 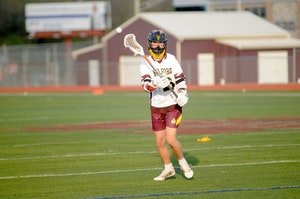 “Despite having the seniors that we have out here, we have a young team and have a lot of kids who are still trying to learn and develop and we’re having to have a lot of them learn on the fly,” said Faulkner. “A lot of them probably would’ve gotten some time on J.V. last year, or some time on varsity, and they didn’t get it at all … it’s a learning experience, but we just keep telling ourselves that we’re going to keep pushing forward and take it one game at a time.”