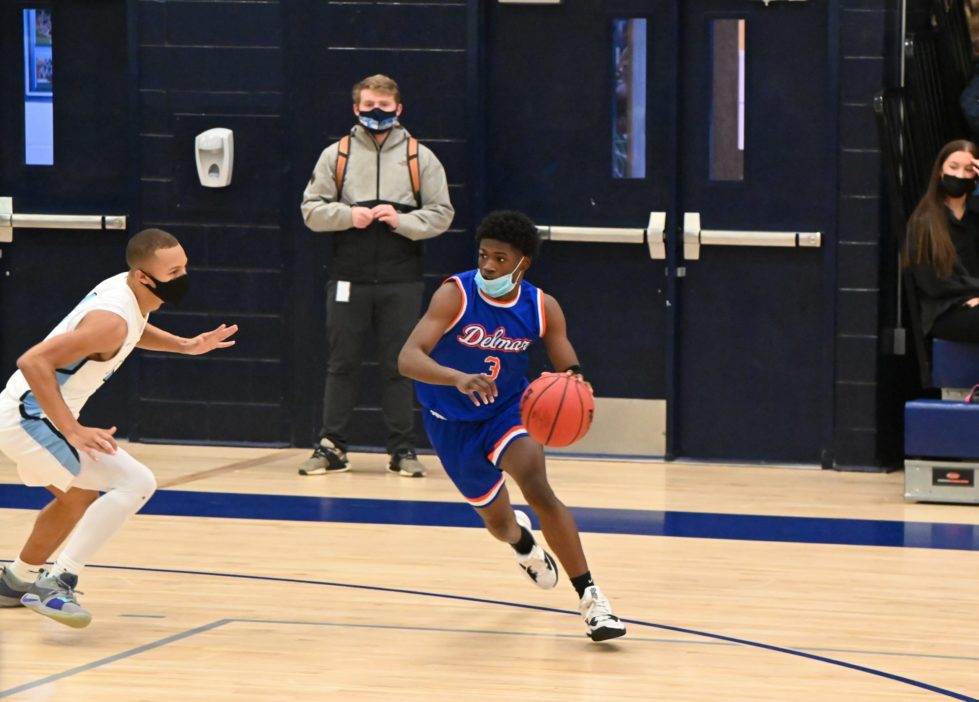 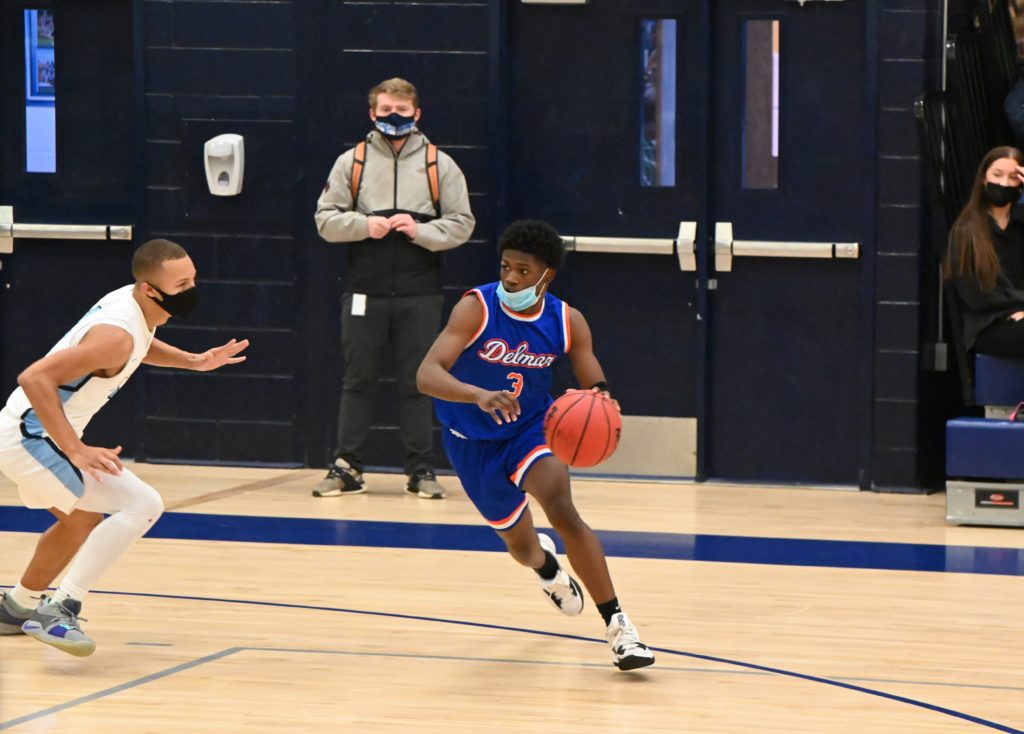 The Delmar Wildcats broke open a one possession game in the final 2:15 of Friday night’s boys basketball game, winning 59-47 at Lake Forest on senior night for the Spartans.

The Wildcats converted 9 of 11 attempts at the free throw line in that final 2:15 while holding Lake scoreless.

The two Henlopen-South teams traded baskets in the opening quarter as there were 7 lead changes. Delmar held a lead of 18-17 after one period and opened up a 6-point advantage at the half, leading 28-22. Sophomore guard Takai Hugee led the ‘Cats with 13 points in the half, with back-to-back three’s in the first eight minutes.

Lake came out of the locker room inspired and cut the Delmar lead to one point on a basket by senior Jalen Morris to make the score 32-31, then tied the game at 33-all on a pair of foul shots by Jackson Starkey. The Spartans took their first lead since the opening quarter thanks to two more free throws from Starkey at 39-38 with 2:28 left in the 3rd. That’s when Hugee picked up his 4th personal foul and sat out until late in the game. With :13 to go in the third period, Delmar’s Gage Wintermoyer drained a long range jumper to give his team a 43-41 lead going into the final 8:00.

Neither team scored until 4:28 to go in the game when Jaylin Warner made 2 foul shots. Just :17 seconds later, Wintermoyer hit another shot beyond the arc to push the Wildcat lead to 48-41. Undaunted, Lake cut the deficit to 3 points on baskets by Starkey and Calif Spencer with 2:15 left, but that’s as close as they would get as Hugee and Emanuel Ortiz re-entered the game, each with 4 personal fouls. Delmar out-scored the Spartans 9-2 to finish the game and spoil senior night for Lake.

Hugee paced Delmar with 21 points (4-three pointers) while sitting out almost 8:00. Davin Chandler chipped in with 15 points, while Wintermoyer added 8. The ‘Cats improved to 11-7 overall (6-7 Henlopen-South) and have one game remaining in the regular season before the playoff field is announced.

The Spartans were led by Jackson Starkey with 20 points (3-three’s) as he was a perfect 7/7 from the line. Senior Jalen Morris grabbed a plethora of offensive rebounds in his final game on the Lake court. Lake falls to 6-11 (4-10 Henlopen-South).