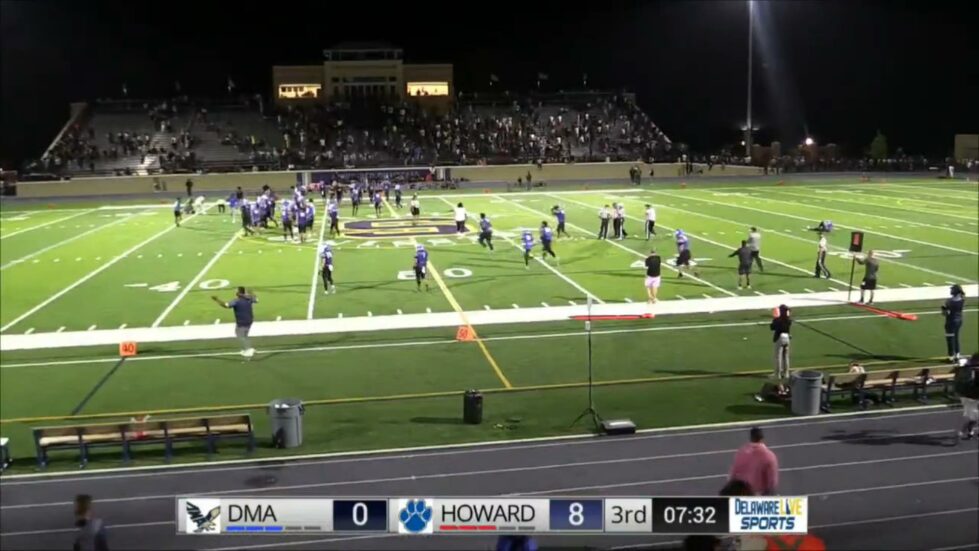 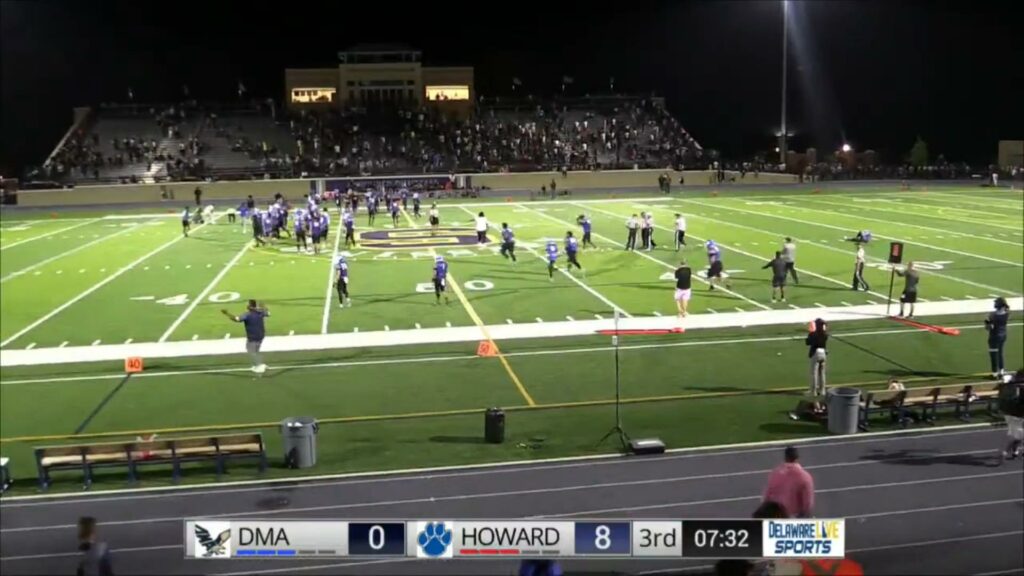 The end of the football game between Delaware Military Academy and Howard High School is uncertain after the teams’ season opener at Abessinio Stadium was suspended Friday, Sept. 2, after a disturbance in the stands. Howard led, 8-0, when the action stopped.

With 7:33 remaining in the third quarter and the Wildcats about to start a drive in their own end of the field, the officials blew their whistles and began waving the players off the field to the DMA side. At that point, hundreds of fans on Howard’s side of the stadium were running toward the exits, with dozens jumping over the wall separating the stands from the track around the playing surface.

The Delaware Military student section then began to empty, and the teams headed off the field. After several minutes, the remaining fans were asked to clear Abessinio Stadium, and while most did, a significant number stuck around.

The status of the game changed a few times during the interim. The initial announcement was that the game had been suspended, but that was amended later. It was said that play would resume once the stands had been cleared of all spectators, but with State Park Police having trouble getting all fans to depart the premises, the decision was made to call it a night.

As fans left the stadium, Wilmington police helped their colleagues with crowd and traffic control. A helicopter hovered overhead for many minutes. Videos posted on social media showed some minor skirmishes outside Abessinio, but fans eventually dispersed.

There were several rumors floating around in the stadium and online about the origin for the panic, but police offered no details on Friday night.

DMA athletic director Jeremy Jeanne said after the game that both teams were interested in completing the suspended contest. Both the Seahawks and the Wildcats have an open date the weekend of Oct. 14; they were originally scheduled to meet that week.

As for the game itself, the Wildcats scored the lone touchdown of the night on a 26-yard drive set up by a forced fumble by Damien Ross in the first minute of the second quarter.  On second and nine from the 25, Ross was on the receiving end of a 13-yard play-action pass from R.J. Matthews, setting up a third and two at the 12.

Matthews then threw to Kevin Ford in the right flat, and Ford streaked into the end zone untouched for a touchdown with 9:50 to go in the half. The Wildcats added the two-point conversion as Matthews rolled right and hit Jamal Johnson, who tiptoed inside the sideline for the points.