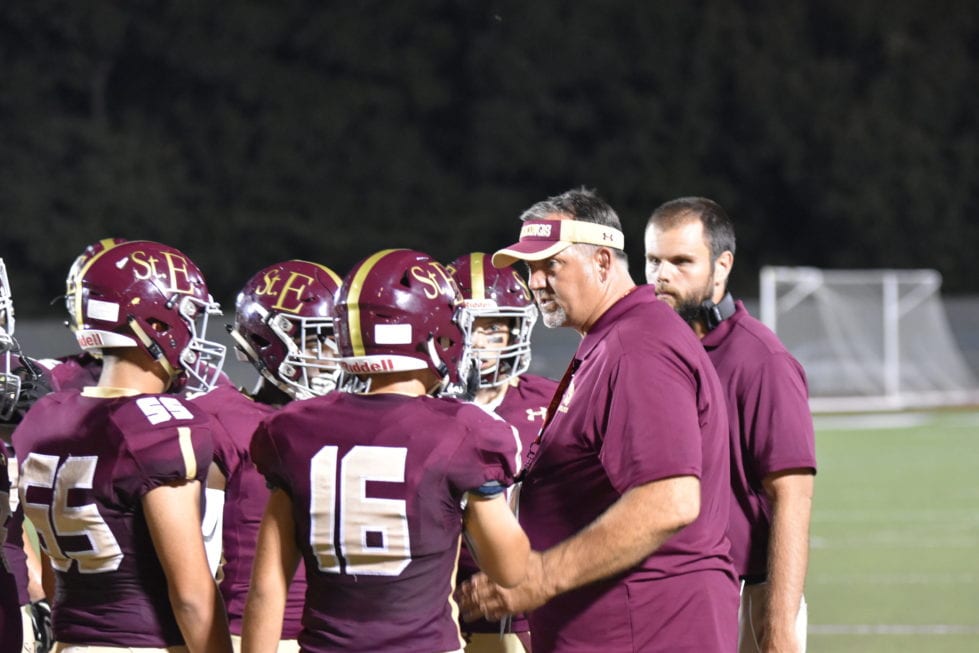 Marvin Dooley will leave the hustle and bustle of northern New Castle County and head to the land of scrapple and apples in western Sussex County as he was named the new athletic director and head football coach at Woodbridge High School.

“I am looking forward to the small town atmosphere and everything it brings with it, my family has been looking to move down south anyways and this opportunity popped up,” Dooley said.

Dooley was a three sport all state athlete in football, wrestling and baseball when he attended William Penn in the late 1980’s as well as spending a few years in the Pittsburgh Pirates organization. He later returned to his alma mater to coach those same three sports. While head football coach at William Penn the Colonials won the 2014 DIAA Division I football state championship. Dooley also had head football coaching stints at Avon Grove (PA), Christiana and most recently St. Elizabeth.

“I have been friends with Jed Bell, Ed Manlove and Eston Ennis through Blue-Gold over the years and have talked to them in the past about the small town atmosphere and community schools,” Dooley said.

“When I was a kid William Penn was a school like that, we all grew up together and hung out together. We were New Castle kids,” he said.

In addition to his athletic director duties Dooley will take over the football program from Jed Bell who recently took an assistant principal position at Seaford Middle School. The Blue Raiders won state titles in 2016 and 2018, finished as a runner-up in 2019 and then lost in the semi-finals in the 2020 Covid shortened season.

Dooley leaves St. Elizabeth where he was athletic director and head football coach. He said he is excited to get to work in Bridgeville-Greenwood communities.

“There are a lot things different downstate like the middle school athletic programs where those kids stay in your system. I am looking forward to meeting the Little League coaches and Pop Warner coaches and be a part them,” Dooley said.

Dooley makes the move to the Henlopen Conference just as the DIAA has completed realignment of the football divisions. While there will no longer be a Henlopen Conference Southern Division championship awarded in football he believes the division will be even tougher now.

“I think realignment will be good especially downstate. We are keeping the Delmar and Laurel rivalries as well as other schools like Milford, Lake Forest adding some tough schools from up north,” Dooley said.

“I am just excited to be a part of that atmosphere, I just love the small towns and how the communities draw together,” Dooley said. “I can’t wait for Friday nights this fall.”