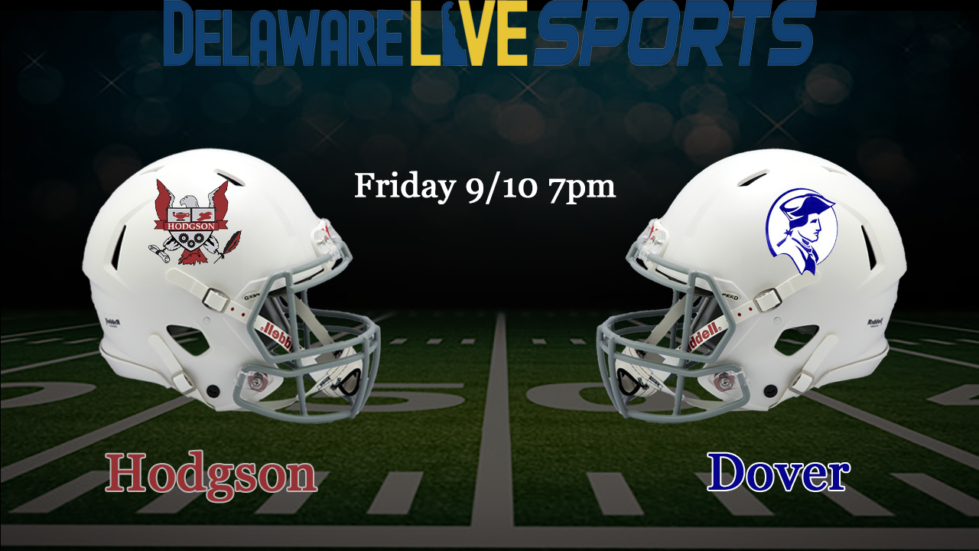 The Dover Senators bounced back from a season opening overtime loss at Arundel last week by dominating Hodgson in the first half en route to a 19-6 win at home last night. The Senators scored on each of their first three possessions on a 19-yard field goal by Brandon Yoder and two athletic touchdown receptions by Elijah Sessoms.

Junior quarterback Jordan Moran found Sessoms open at the Silver Eagle 25 yard line and he spun away from two defenders, and sprinted to the endzone for a 40 yard play to put Dover up 10-0. On Dover’s next drive, Sessoms made a leaping one-handed catch behind the secondary for a 43-yard score and it was 16-0 Senators at the half. Dover out-gained Hodgson 218-42 in total yards in the first half.

Both defenses took over the game in the second half. Dover added a Yoder 21-yard field goal with 9:35 left, to go up by three scores at 19-0. The Silver Eagles avoided the shutout by marching 75 yards on their final drive as Jacob Barker found Jason Tucker open in the middle of the field for a 30-yard touchdown with just :36 remaining. Dover recovered the onside kick attempt and ran out the clock for the win to even their record at 1-1.

Moran finished the game completing 13 of 19 passes for 188 yards, with Sessoms on the receiving end of five for 109 yards and both Dover touchdowns. JaKwon Kilby led the Senators with 131 yards rushing to balance the offensive attack.