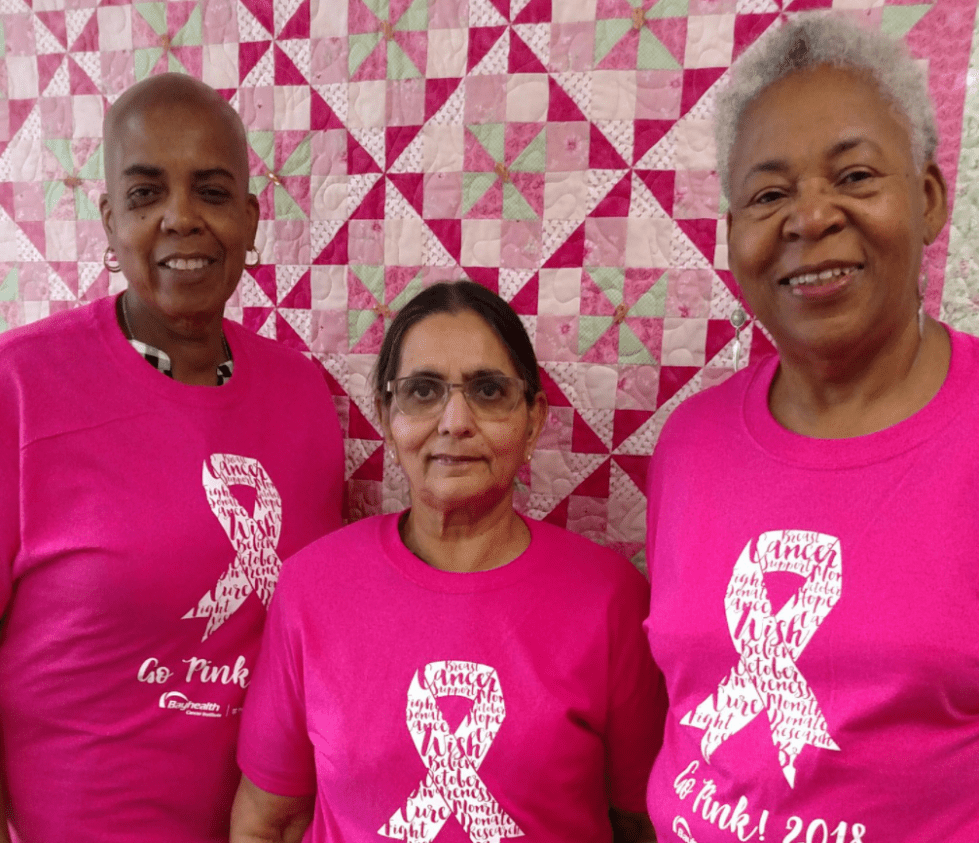 Diagnosed with breast cancer in 2012 soon after moving to Dover from New York, Purnima Dixit contacted Delaware Breast Cancer Coalition soon after her treatment was determined to see what services they had available.

Since that time, Dixit has worked with the Peer Mentor program to help other women who have received the devastating diagnosis.

“In this program, survivors like myself, after training, can guide and talk to newly diagnosed patients about what to expect when they have to make decisions about treatment,” she said. “I think this tete-a-tete gives hope to them that they can and will survive this.”

Born in Mumbai, India, Dixit came from a family that stressed the importance of education. She completed a master’s in chemistry at the Indian Institute of Technology. Her father was a consultant in the field of rubber lining and Dixit worked with him for a few years but did not find the field interesting.

“I decided to change my field to environmental science as that was an up-and-coming field,” Dixit said. “I began working with a consulting engineering firm. In the meantime, my parents set me up for marriage. Yes, it was an arranged marriage, but we did meet before we both agreed to this marriage. We celebrated our 43rd anniversary this year.”

Dixit’s sisters were settled in the United States and the couple decided to move here for better opportunities, arriving in 1983.

They initially lived in New Jersey, but with her background in the environmental field, Dixit began working for the City of New York in their Environmental Protection department. They moved to New York where they raised two daughters.

After 28 years, Dixit and her husband retired moved to Dover in April 2012. Four months later, she received her diagnosis after a routine mammogram.

“Of course, it was a shock initially,” Dixit said. Coming from a family of doctors, she didn’t need help deciding on treatment.

“I had a total mastectomy,” she said. “With recent research in field gene testing for treatment of breast cancer, I am very happy to report that I didn’t need any chemotherapy or radiation, but only have to take hormone medication treatment. I have to take that medicine for 10 years and I am happy to report I have almost completed nine years of treatment.”

Her breast cancer surgeon introduced her to the Delaware Breast Cancer Coalition.

“I will forever be indebted to her for her care and empathy,” Dixit said.

In addition to her work with the Peer Mentor team, Dixit also volunteers with Delaware Hospice and the Senior Medicare Program. She also enjoys the Nurture with Nature breast cancer discussions offered by Delaware Breast Cancer Coalition as they allow survivors to meet and share stories.

“With all that volunteer work, I am enjoying my retirement,” Dixit said. “I have two grandchildren that keep us alive and happy. We also love to travel and are both voracious readers so there is never a dull moment.”