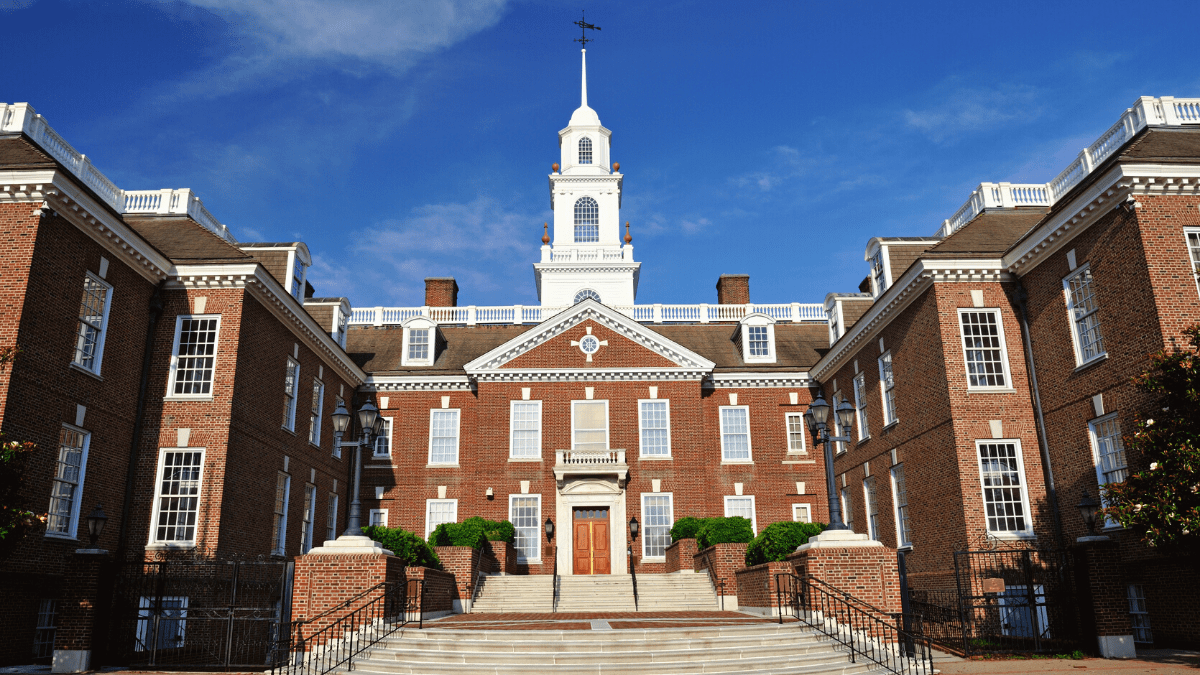 Delaware’s 151st General Assembly had a slew of education bills that passed.

“There’s more than 50 education bills this session and a 7% increase in the budget,” said Madeleine Bayard, senior vice president of Rodel. “They got a lot done and I think our main message is, thank you to the General Assembly for listening to educators and people in the field.”

The 151st Assembly is spread over two years, starting in January 2021 and ending June 30, 2022, both years with healthy state budget surpluses.

Many of the Democrat-pushed education bills came through in 2022 and focused in specific areas.

Several issues found bipartisan support, such as the bills focusing on mental health and the bills that required the state Education Department to focus on using and training for the science of reading.

Here’s a look at what was passed.

Since 2002, Delaware’s reading scores literacy has been on a sharp decline and several education bills addressed that.

Legislators and education nonprofits want to integrate the science of reading into public schools, which is an evidence-based method of teaching a person to read, rooted in phonics.

The issue drew a lot of bipartisan support.

“The most effective way to teach children is to help their brain connect letters with the way they sound – phonics,” Sen. Colin Bonini, R-Dover, said, quoting a note from his wife, who’s a neuroscientist, during a Senate hearing in April, “which then connects the words to brain systems for the coding of speech sounds, which the brain puts together to determine what the word means.”

On June 30, 2021, Senate Bill 133 was signed by Carney, the first indication that the state is committed to incorporating the science of reading into classrooms.

Senate Bill 4, which is on the governor’s desk, calls for school districts and charters to adopt a reading instruction curriculum from the Department of Education for students between kindergarten and third grade.

It will also require schools to demonstrate that reading teachers understand the principles and identify a supervisor to oversee and assist with the science of reading curriculum.

Districts will choose their curriculum and materials from a curated list that aligns with the science of reading, which will be published, updated and maintained by the state.

This bill will require students in kindergarten through third grade to go through a universal reading screening 3 times each year to identify potential reading deficiencies, including dyslexia, and allow for early intervention and prevention.

From Wilmington Learning Collaborative meetings led by Gov. John Carney, to countless school board meetings, another area of focus throughout this academic year has been fostering an educator pipeline.

This concern was exacerbated by the COVID-19 pandemic, as teachers were forced to wear many hats, transitioning to a virtual classroom, and then making sure their students were healthy, both physically and mentally, when they returned to in-person classes.

Many fear that students who once would have wanted to go into education will avoid it, having to deal with COVID-19 and high school drama for the past two years.

Delaware teachers also are making 4.27% less on average than they made in 2010, and bordering states pay their teachers more, luring educators out of the First State.

To fight back, Gov. Carney signed into law Senate Bill 100, which will establish a 15-member Public Education Compensation Committee to review the state’s educator compensation structure and its ability to compete with regional school districts, Delaware’s private business sector, and other governmental agencies.

“They all pay their teachers more, so why would a person that is getting an education degree work in our state?” said Yvonne Johnson, school board consultant at First State Educate, a local education advocacy group. “We have to give them incentives to stay here, and so that consists of many things, like benefits and pay.”

The General Assembly also passed House Bill 315, which is waiting to be signed by the governor, would provide funding for schools to hire substitute teachers as full-time employees in middle and high schools, as well as high-need elementary schools.

It will create roughly 208 full-time substitute teacher positions, beginning in the 2023-24 school year.

Schools would qualify for one permanent sub if they have at least 30 full-time classroom teachers already, and two if they have 55 or more full-time teachers.

“In the past, we’ve sort of hired subs ad hoc and have not given them a lot of support or training,” said Bayard. “There was no sort of pathway to certification, so this will establish that natural pipeline.”

House Bill 430, now on Carney’s desk, would encourage schools to begin a Grow Your Own Educator Program, resulting in lengthy residencies for prospective teachers.

The program allows them to gain experience in the classroom while also helping to grow the educator pipeline in Delaware.

It’s designed for high school students who have an interest in teaching, but paraeducators and substitute teachers are candidates for these residencies as well.

As the alarming number of students reporting depression, anxiety or attempting or committing suicide rose during the social isolation of the pandemic, First State legislators pushed for more mental health support in schools.

“We need to break the stigma of mental health, and one of the most important ways we can do that is by educating young people about mental health so they recognize warning signs and can get help,” said House Majority Leader Valerie Longhurst, D-Bear, during a Senate Education Committee in late March.

In that meeting, House Bill 301 was introduced, which would require the Delaware Department of Education to establish a statewide  curriculum for kindergarten through grade 12 for use in each school district and charter school, tailored to the developmental levels of students at each grade level.

That bill unanimously soared through the General Assembly and is waiting to be signed by Gov. John Carney.

“We’ve known that the counselor ratio was way too high for a number of years, across all the areas, and it’s what we hear from educators, that they need those kinds of support to help students so they can manage their classrooms,” said Rodel’s Bayard.

This bill also passed unanimously in both chambers, and is on Gov. Carney’s desk for signature.

Those two education bills are extensions of House Bill 100, which was passed in 2021 and injected an $8 million investment into the state budget to provide mental health services in the state’s elementary schools.

Senate Bill 270, which is on the governor’s desk, would address air quality in school buildings, which was prioritized during the pandemic.

The bill will require the Division of Public Health to establish a routine indoor air quality monitoring program that sets temperature and humidity standards by 2024.

Senate Bill 293, which would have which would change the funding formula used by the state to address the responsibility of school districts to match state-appropriated minor improvement funds with 40% local funds, regardless of the financial capacity of that district, was not heard on the House floor.

The state still needs to address the infrastructure of school buildings to keep educators in Delaware, on top of salary and benefits, Johnson said.

“There are buildings in many school districts that haven’t had infrastructure investments in years, and why would a person want to work in a building that for example, doesn’t have working air conditioning, or has a hole in the ceiling or mold, or whatever the case is,” she said.

Johnson predicts a lot of influential bills will show up in next year’s legislative session as well, as the 152nd General Assembly builds on the momentum of the 151st.

“Because this is an election year and everybody’s seat is up because of redistricting,” she said, “I think next year legislators will feel more inclined to be a little bolder with legislation.”