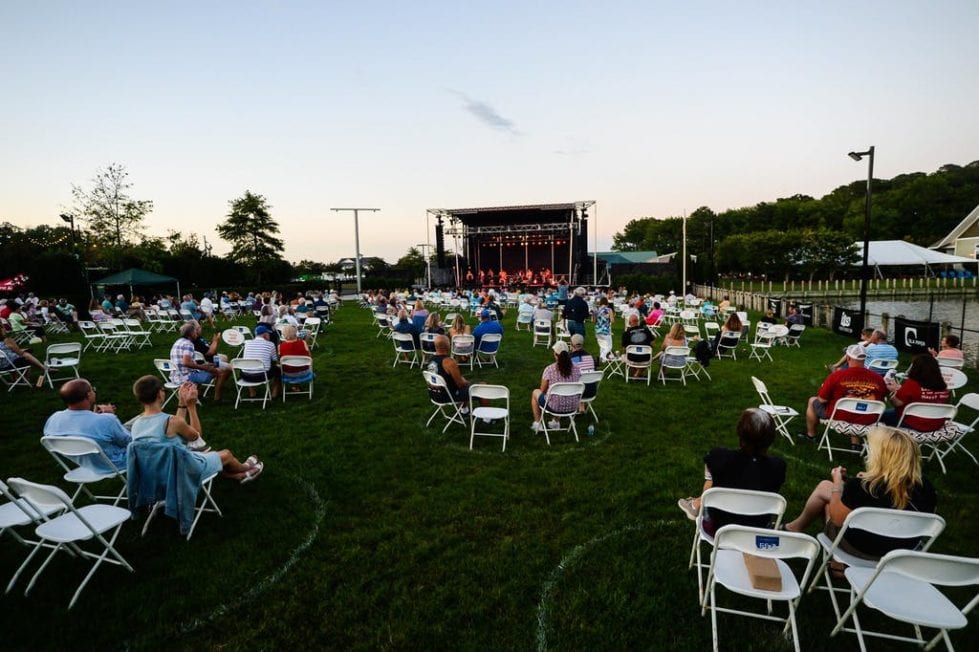 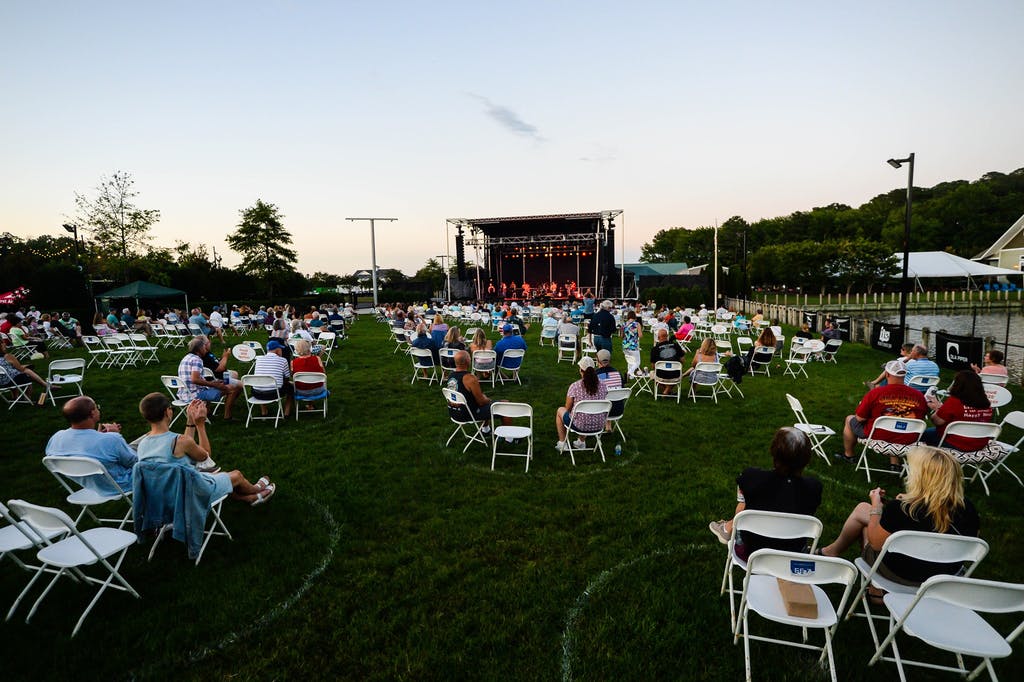 The Freeman Arts Pavilion last year spread its audience out into pods to cope with COVID-19 protocols.

Looking forward to a much brighter 2021 summer season, the Joshua M. Freeman Foundation recently announced its schedule of events for the next few months.

Several big name headliners are on the calendar beginning in early June, with the first major show happening on Friday, June 18, when the Indo Girls will be appearing near Fenwick Island for one show only at 7 p.m.

Tickets for performances through July 31 went on sale April 22.

In keeping with social distancing requirements, all tickets, at least for the early part of the season, will be available only in groups of four. All seating will be done via a pod model that was so prevalent during much of 2020 during the height of the coronavirus pandemic.

“People are usually shoulder to shoulder during concerts and we knew that wasn’t going to be an option, so we’re utilizing pods like we did last year,” says Alyson Cunningham, communication and public relations manager for the Joshua M. Freeman Foundation. “The pods can accommodate up to four adults, but you don’t need to have four people to attend the concert or show.

“We also have family pods available for shows that can accommodate four adults and two children.”

Earlier this year, the Freeman Foundation changed the name of the popular Freeman Stage, which was founded in 2008 and has been the backdrop for hundreds of big-time shows, to the new Freeman Arts Pavilion at Bayside.

The site is an open-air performing arts venue that presents diverse programming in the genres of dance, live music, theatre and children’s programming.

It’s located near the southern Delaware coastal resort of Fenwick Island, with dozens of acts scheduled each and every year.

“Our long-term plan has always been to build a new venue that will give us more room…when COVID hit, we realized we needed that extra room more than ever,” says Cunningham. “So we’re moving into our new space a little sooner than we planned. It might look a little different for the first couple of years, but we’ll still have a summer season, with construction happening in the fall and winter months.”

The new Freeman Arts Pavilion is nestled on land that sits adjacent to the old Freeman Stage. Parking, concessions and the box office remain the same for the 2021 season.

In addition to the Indigo Girls in mid-June, many other familiar names will be appearing at the Freeman Arts Pavilion during the 2021 warm weather season at the Delaware beaches.

Some of the more popular shows scheduled for this year include:

The above concerts are some of the highlights for 2021, but there are plenty more acts coming to the Freeman Arts Pavilion. So check out www.freemanarts.org for more information or to purchase tickets.

“We’re happy with this year’s lineup and excited to be able to represent a season that looks more similar to ones that we’ve had in the past,” says Cunningham. “A lot of the performers for this year were scheduled for 2020, so it’s two years in the making for what we’re doing this year.

“We’re very excited to give people an opportunity to come back and experience live arts.”