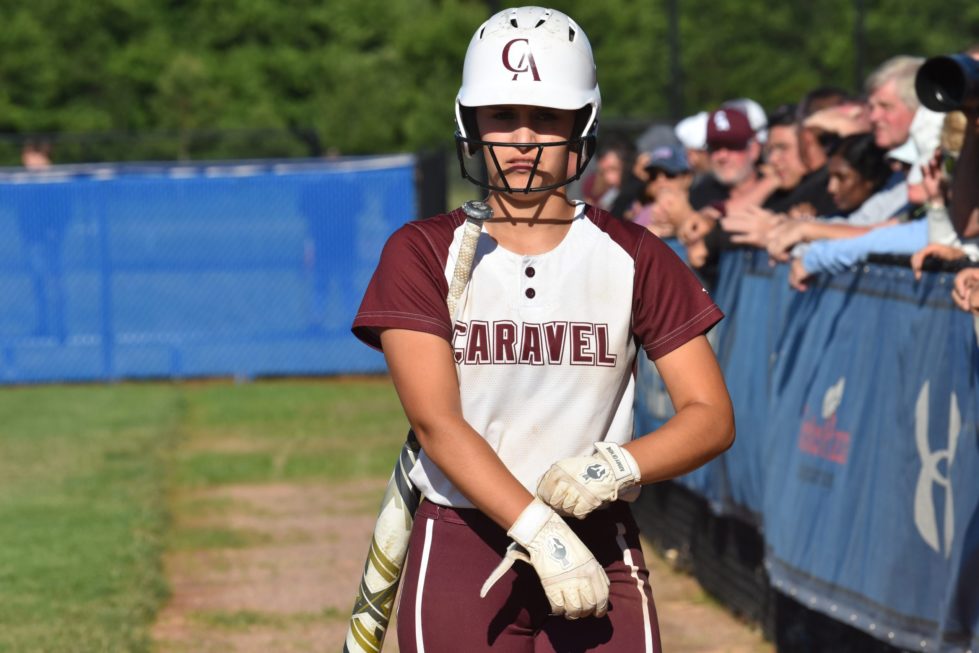 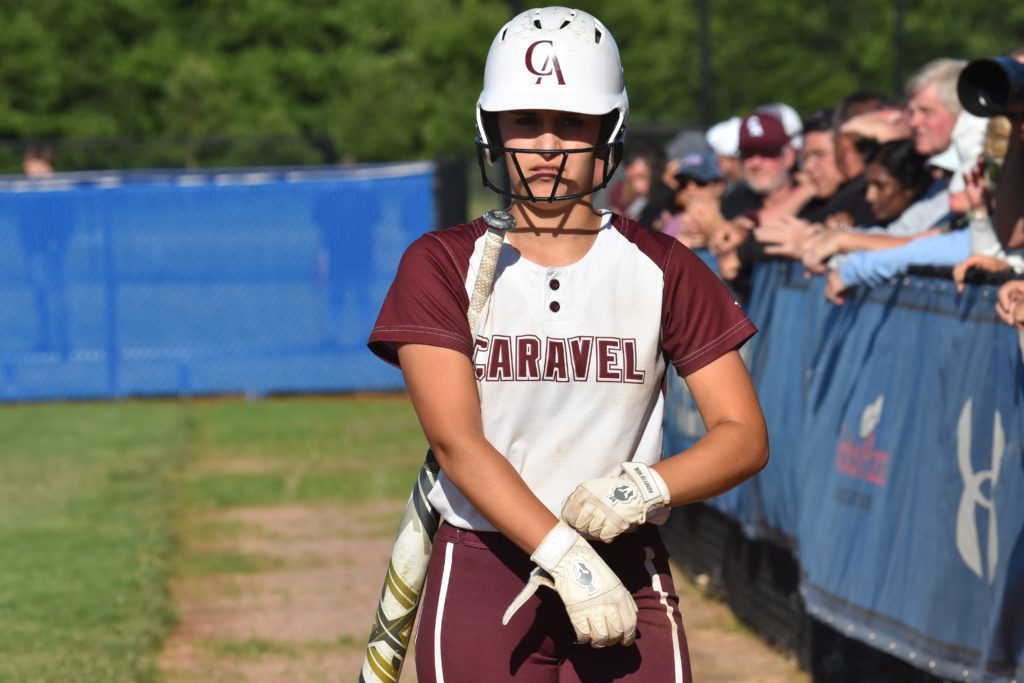 Eight of the Top 10 were in action Saturday.

Top ranked Caravel blanked previously unbeaten Delmarva Christian 6-0. Junior Brooklyn Richardson allowed just 2 hits in 6 innings of work to get the win. Kendall Browne had 3 hits for the Buccaneers while Mikayla Walsh added two hits. Rachel Hall and Lydia Woods collected the 2 hits for the Royals. Caravel improved to 2-0 while the Royals are now 3-1.

Appoquinimink banged out 13 hits in an 8-0 win over DMA at Midway. Julia Weglarz, Hailey Watlington, Sky Eleazar and Brianna Russo each contributed two hits to the Jags offensive effort. Savannah Laird struck out 12 and allowed only 4 hits to get the win. Annika Downs had 2 hits for the Seahawks. Appo is off to a 4-0 start this season, while DMA suffered its 1st setback.

Sussex Central scored 6 runs in the first inning on six hits and a walk on the way to an 11-4 win against Newark Charter. The Golden Knights have now won four straight since an opening-season loss to Delmarva Christian. Madge Layfield recorded 8 strikeouts, allowing 4 hits to the Patriots. Three of those hits came off the bat of Samantha Sobocinski.

St. Marks bounced back from a close loss to Middletown with a 6-0 win against St. George’s Tech. Ryleigh Thomas tossed a 1-hit shutout with 12 K’s plus she belted a home run and 2 doubles for the Spartans.

Middletown’s Reese Founds threw a 3-hit shutout in a 10-0 win against Concord. The Cavs were led at the plate by Maddy Hackett with 3 hits, 5 RBI’s and 2 home runs. The Cavaliers have won four consecutive games following a 1-run loss to Red Lion in the season opener.

Conrad defeated Cape Henlopen 5-3 with Bella McKee getting the win and also collecting multiple hits and 2 RBI’s. The Vikings Alivia Heers had a triple and home run in the loss.

Peyton Shields struck out 15 for Caesar Rodney in a 2-1 win versus William Penn. Colonial pitcher Madelyn Pritchard recorded 10 K’s and allowed just 1 hit in the loss.

Dover remains unbeaten at 3-0 with a 3-0 win at Queen Anne’s, MD. Emma Crowe and Alayna Gigliotti both homered for the Senators. Gigliotti and Jamie Chandler had 3 hits each. Alexis Dowdy allowed one hit to get the “W”.