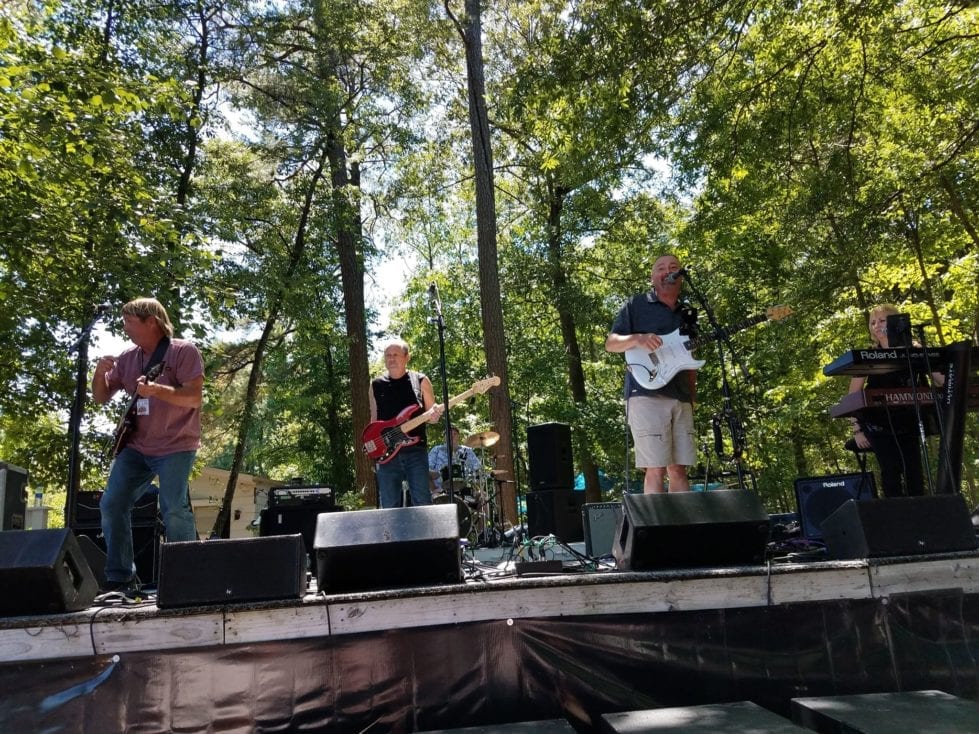 Bands will take the stage on June 19 at the 43rd Annual June Jam event (Photo courtesy of June Jam website; taken by Doug and Sherry Good at the 2019 event)

The 43rd Annual June Jam is planned at G&R Campground on June 19 with the band, Group Therapy, kicking things off at noon. Bands will continue throughout the day on two stages, providing entertainment for this popular local event.

“This year, we will be donating to Heroes for Hooters and the Delaware Veteran’s Fund,” Lynn Fowler, Vice-President of the June Jam organization said. “We are encouraging everyone in attendance to practice safe distancing and wear a mask while in crowded areas but can be mask free with their own group. There will be sanitizing stations throughout the grounds and all surfaces will be sanitized regularly.”

Like many events in 2020, June Jam could not be held in June due to COVID restrictions. However, the organizers did not want a year to go by without holding an event, so they moved it to October.

“When we held the “Rocktober” Jam last year, we were allowed 250 people and we were at max capacity,” Fowler said. “We did pass our state inspections with flying colors and not one case of COVID was reported from our event! A couple of our staffers have been doing some research and we believe we are the oldest continuous running music festival in the country!”

Fowler stated that ticket sales have been going well and that they are limiting tickets due to state guidelines. Camping sites have been sold out and a waiting list is available. Tickets are still available, but due to capacity limits could sell out very soon.

Group Therapy’s playlist includes many power and party rock songs, performed by guitarist Tom King, bassist Troy Palmer, drummer Bob Southard and vocalist Mike Payk. They will be followed by the Alicia Maxwell Project, a group that got together for a jam session and decided to keep it going. They play a variety of blues, rock, soul and funk. Alicia Maxwell is on vocals, Joe Casamento on guitar and vocals, Bill Dube on vocals and drums as well as Joe Geiger on bass.

There are two headliners at this year’s Jam, Jason Morton and the Chesapeake Sons as well as Triple Rail Turn. Jason Morton and his band hail from the Atlantic Seaboard but are hading to the Jam by way of Nashville. They will play favorites from the Allman Brothers, Marshall Tucker Band and Black Crowes as well as some originals. Triple Rail Turn, one of the most requested bands to play at June Jam, will finish out the day, playing rock and country favorites.

Tickets can be purchased online at www.junejam.com/tickets/ as well as at Music & Arts in Lewes and Camden. The festival will be held at G&R Campground, located at 4075 Gun and Rod Club Road in Houston.