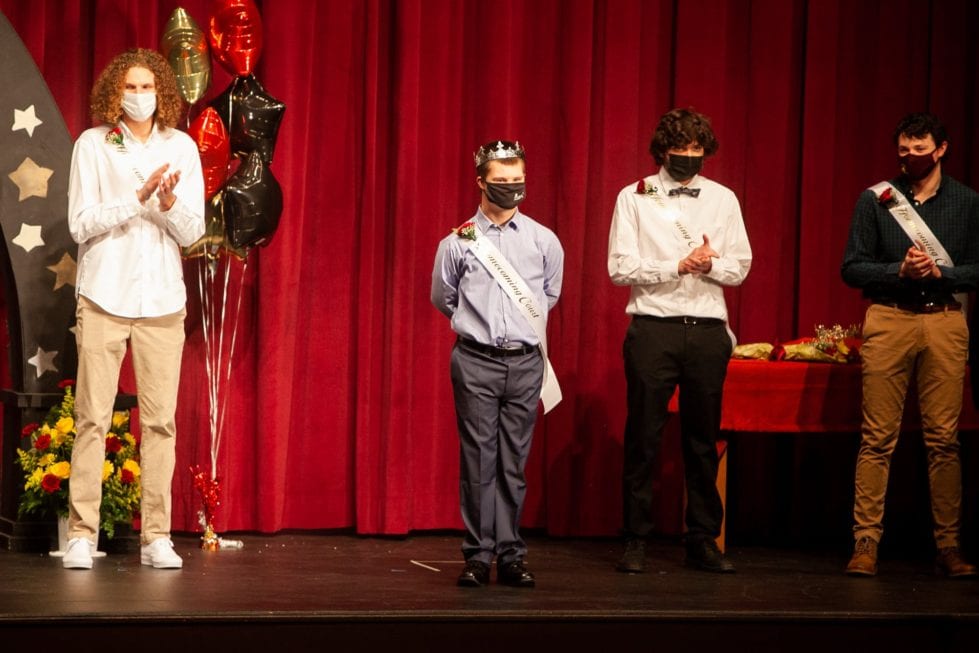 “I was very happy to be honored with the title of Homecoming King,” Haggerty said. “I appreciate the support of my classmates who came together and voted for me, honoring me with the title. It is an honor I will cherish forever.”

Haggerty majors in agriculture at Milford High School and is a veteran showman of sheep at the Delaware State Fair. He enjoys raising and caring for animals on the family farm. After graduation, Justin plans to own his own business. He enjoys running lawnmowers and doing yardwork, but has a passion for food and cooking. He would one day like to own a food truck.

The top ten nominated students for Homecoming Court were given a challenge to raise funds so that they did not have to “Kiss the Cow.”

“Thanks to donations from family and friends, with the power of social media, Justin was the top earner for the boys and able to select another nominee to kiss the cow,” his mother, Ann, said. “All proceeds went to Special Olympics Delaware. Justin has participated in different sports through they years with Special Olympics, including soccer and basketball. DFRC also highlighted Justin on their Facebook post. Justin has been active with the DFRC Blue Gold Game and has been in the program for 13 years.

“Always stay kind and be  happy and love everyone,” was the advice Haggerty gave to his classmates.