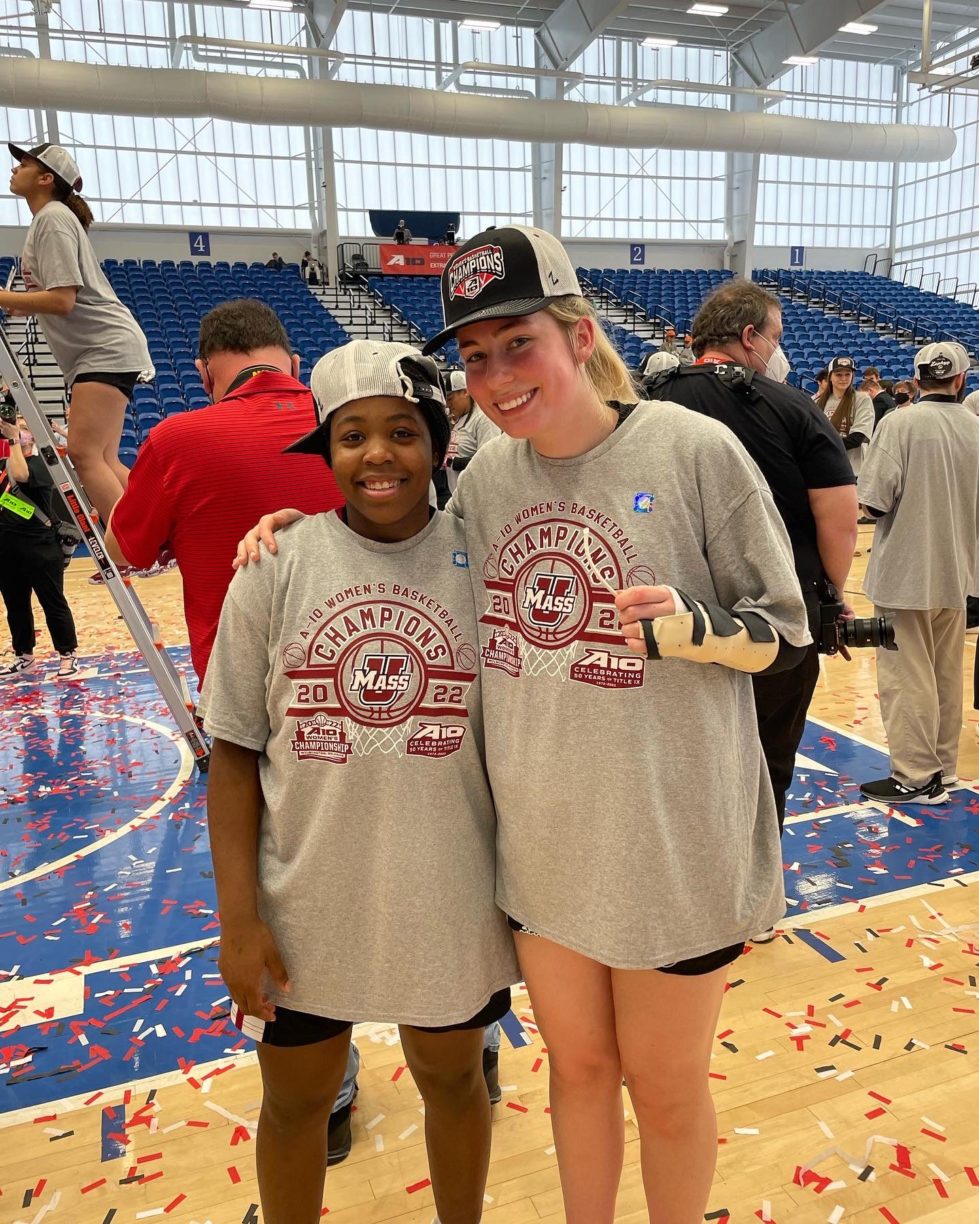 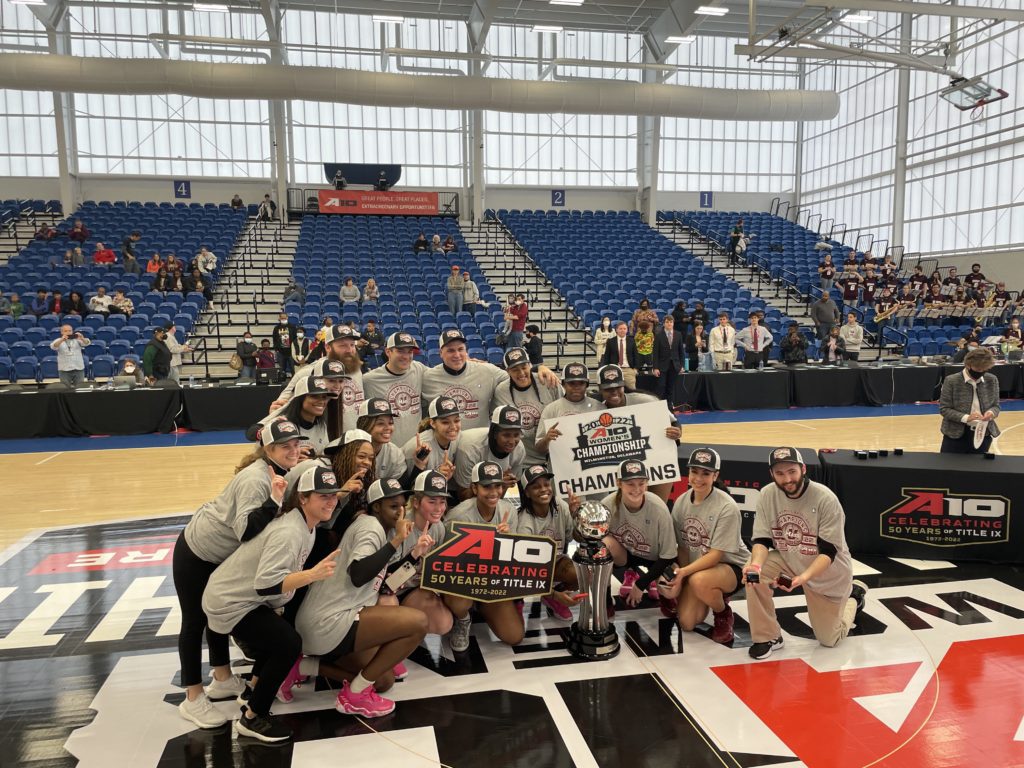 The 76ers Chase Field house hosted the A10 Women’s basketball championships this year for the first time in what is a 3 year contract. It was a very special homecoming for two former Delaware women’s basketball stars Ber’Nyah Mayo from St Elizabeth’s and Julie Kulesza from Conrad School of the Sciences as they were able to hoist a championship trophy together with their Umass teammates.

The Massachusetts Minutewomen won the program’s first-ever Atlantic 10 Championship when they defeated the Dayton Lady Flyers 62-56 on Sunday afternoon. Ber’Nyah played a big part in helping Umass defeat Dayton. Mayo drove to the basket with 23 seconds left and was fouled, sending her to the free throw line. She nailed her two free throws making the score 62-54 scoring the last two points Umass that put the game out of reach. Ber’Nyah scored 10 of her 14 points in the second half of the game. 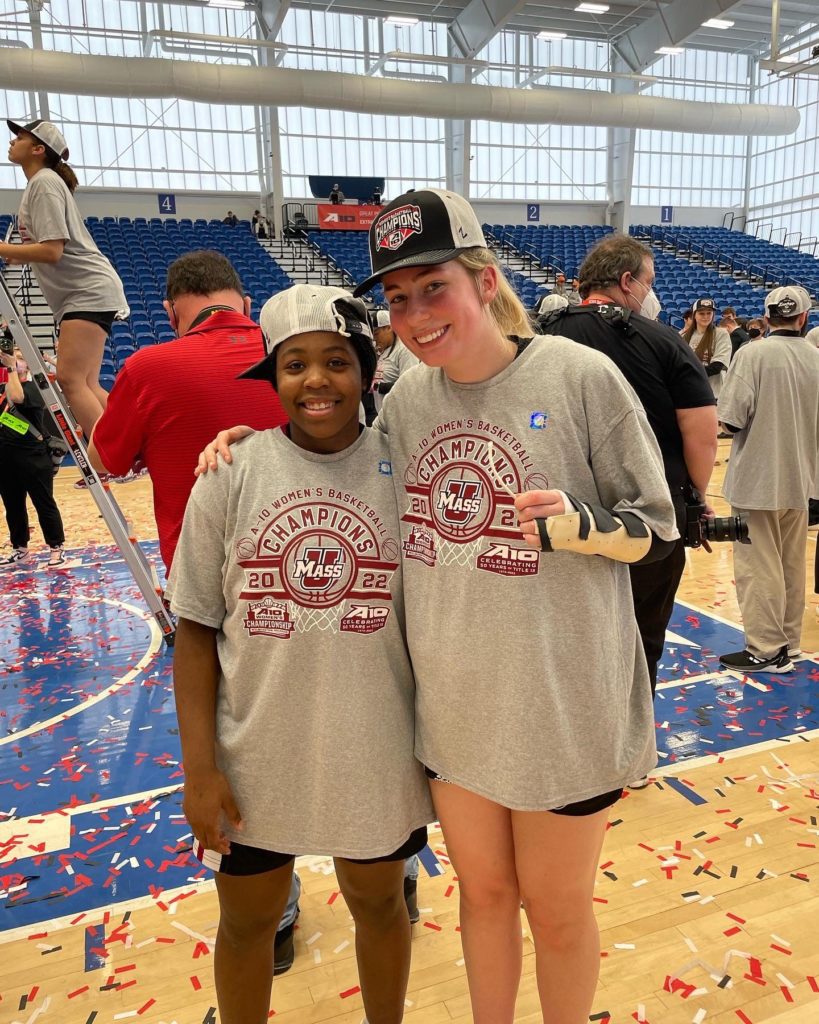 Unfortunately Stefanie Kulesza was unable to play in the tournament due to an injury but she was on the bench cheering on her teammates the whole game. Kulesza was able to play in 16 games this season for Umass and is hoping to be ready to go as the minutewoman enter the NCAA tournament earning the conference automatic bid with the win.

Ber’Nyah and Stefanie were both able to celebrate this huge victory in front of a crowded Field House. Fans and family members had signs, banners, and shirts that branded their names and pictures. When asked what it was like to win this championship at home they both just screamed “GREAT”.