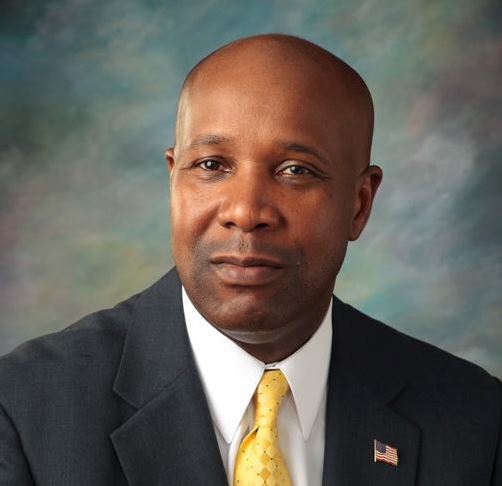 Former Sussex County register of wills and longtime Democrat Greg Fuller Sr. announced Friday that he is switching parties and seeking the office he once held in the upcoming election.

“It was long overdue,” Fuller tells Milford Live. “I’ve always been a conservative Democrat and the party has kind of left me behind. It was just time to move on from a party that’s kind of lost its way and too many social issues that conflict with what I believe.”

Fuller and a fellow Ellendale Fire Department friend both changed their affiliation to Republican at the election office on Friday morning.

Chair of the Delaware State Republican Party Jane Brady, Councilman Mark Shaeffer, Sussex County Clerk of the Peace Norman “Jay” Jones and others were there in attendance.

Fuller says the Democratic party is not the party he once knew and after “lots of prayer” he decided to make the switch.

“It ain’t leaning left, it’s going left,” Fuller says. “It was leaning left and I tried to hold steadfast but we are now in a hyper-sensitive culture now and the party is being driven by the left agenda.”

Fuller also announced today he plans to run for register of wills for Sussex County, a seat he once held.

He may run against Democrat Ellen Magee, who was appointed by Gov. John Carney at the beginning of the year when Cindy Green won her seat on the Sussex County Council.

Fuller said reaction to his switch has been mixed, but he has strong support.

“I’ve heard from old Democrats who say no matter what party I’m in they are going to vote for me,” Fuller says. “I’m going to be the same guy I was over there. I put my faith first, and that’s how it’s going to be.”

Fuller is a U.S. Army veteran and served as Sussex County register of wills from 2008 to 2010. He has served the Georgetown Boys & Girls Club, Home of the Brave,and other charitable foundations in Delaware. He also is a member of the Ellendale Fire Department.

Fuller unsuccessfully ran for lieutenant governor in 2016 and Delaware House of Representatives in 2020.

Efforts were not successful to reach Brady and Delaware Democratic Party officials for comment Friday afternoon.

An election to select the next register of wills will be held in November 2020.