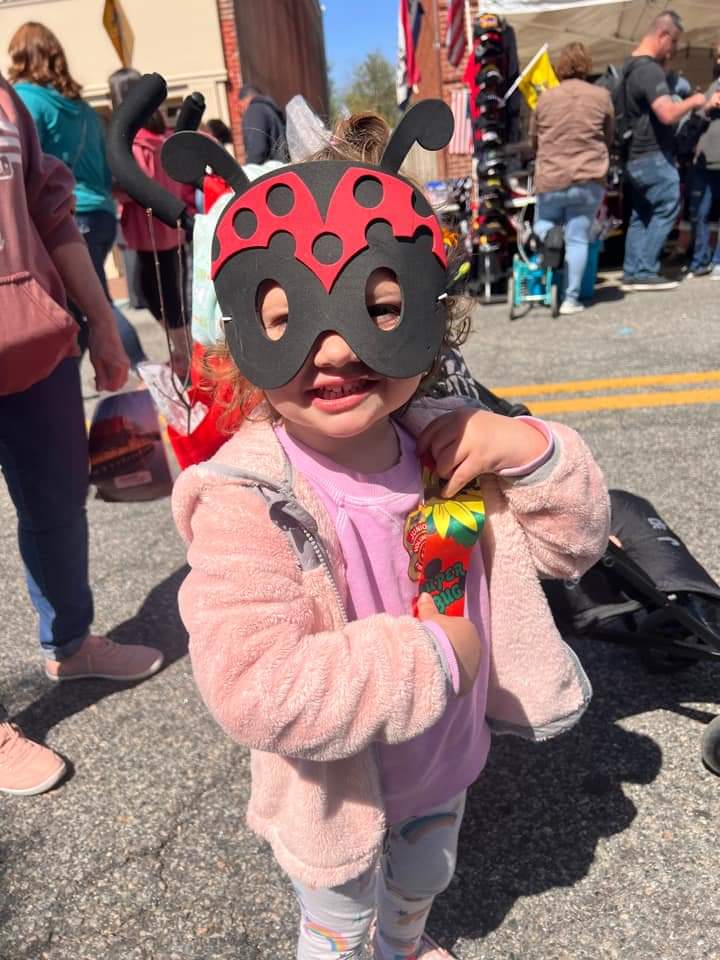 After the COVID-19 pandemic cancelled the event for two years in a row, Downtown Milford Inc.’s Bug and Bud Festival returned on Saturday, April 30. This year’s event was slightly smaller than in year’s past as there was less time to plan a large event with the uncertainty of the virus.

“The weather was perfect, and we had a great turnout,” Janne Collins, Executive Director of DMI said. “It seemed like everyone had a great time at the festival despite it being a little smaller than in year’s past.”

The festival celebrates two of Milford’s “claims to fame,” nature and the ladybug. With the Mispillion River dividing the town in half, natural habitats and the town’s beauty draw visitors. The ladybug became a Milford symbol when a second grade classroom at Lulu M. Ross Elementary School successfully petitioned the state legislature to designate the ladybug as the state bug.

The event began with a parade through downtown as residents dressed in fun costumes and walked through town, many with pets dressed in costume as well. There was a Kids Zone with face painting, rides and crafts along with live music following a proclamation read by Representative Bryan Shupe. A pizza eating contest rounded out the day which ended at 5 PM. More than 50 vendors and multiple food trucks were on hand as well at the festival.

Many residents seemed very happy to get back out and enjoy festivals. Councilman Todd Culotta posted several photos on social media encouraging people to “get out to the Bug and Bud Festival.”

“It was a great time at the Bug and Bud Festival,” Austin Gardner with Loft Realty posted. “The dunk tank was an amazing success and we were able to raise nearly $1,400 for charity!”

Lezlie Eustis noticed that there were fewer vendors than past year’s, but plenty of people.

It was wonderful to see all the people and all the vendors on a beautiful sunny day,” Eustis  said. “I would love to see a food court either over by the basketball court, or in the parking lot behind La Hacienda.”