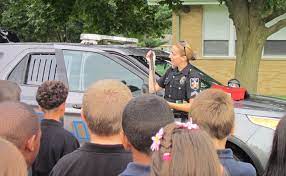 Milford School District Superintendent Kevin Dickerson announced at a recent school board meeting that it was possible that the district would have their Resource Officer staff reduced from three to one. In the past, Milford Police Department provided three officers to the district, but Chief Kenneth Brown explained that he is expecting some staff shortages in the fall.

“I am hoping this is just temporary, but I need to plan ahead,” Chief Brown said. “We are short a few officers, but it is not down a critical number right now. However, I have four officers who are expecting babies and almost all of them are due in the fall. Those guys are going to be out 12 weeks, although one has promised he would be back to work in two weeks. With those four out and already being a little short, I just can’t guarantee that we can provide three officers to the school this year.”

Dr. Dickerson stated that the one resource officer would be located at Milford High School and Milford Central Academy where they see the most need. Evelyn I. Morris Early Childhood Center already gets support from the Delaware State Police as well as a constable who also works at Banneker Elementary.

“We would like to look at placing constables in other locations,” Dr. Dickerson said. “We have been very fortunate to have had the resource officers for as long as we have, but right now, we may have to manage with just the one.”

Dr. Dickerson stated that there would be postings for two constable positions with the district in the next few weeks in preparation of the loss of the two officers.