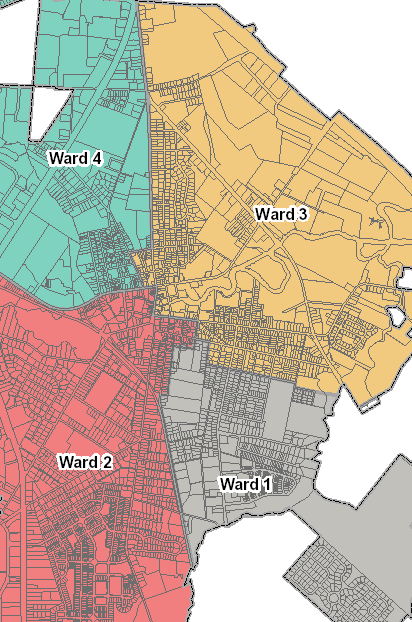 Notice is hereby given that a Special Election will be held in the City of Milford on TUESDAY, NOVEMBER 9, 2021 from 7:00 a.m. until 7:00 p.m. for the purpose of filling a vacant council seat in the Third Ward. The candidate elected would serve until the end of the unexpired term in May 2023. Candidates will be voted upon solely by the electors of the Third Ward.
All candidates for office shall file a nominating petition for the vacant seat. The petition shall be signed by
not less than ten (10) registered voters from Ward Three. The Candidate Packet and Nominating Petition can be obtained Monday through Friday from 8:00 a.m. to 4:30 p.m. in the City Clerk’s Office at Milford City Hall, 201 South Walnut Street, Milford, Delaware or by special appointment. Please call in advance to make arrangements.
Qualifications for a person filing for office are as follows:
(1) Citizen of the United States of America;
(2) Bonafide resident of the City of Milford;
(3) Continuously resided in the Third Ward for one year preceding the day of the election;
(4) A qualified voter in the City of Milford;
(5) At least eighteen (18) years of age as of the date of the election;
(6) Nominated therefor;
(7) Criminal background check obtained from the State Bureau of Identification and Federal Bureau
of Investigation showing entire criminal history record;
(8) No felony convictions or crimes involving moral turpitude.
The deadline to file for the vacant Third Ward Council Seat is Wednesday, October 20, 2021 at 4:30 p.m. Only persons whose name appears on the City of Milford Voter Register are permitted to vote in this Special Election. Having registered through the State of Delaware OR Kent or Sussex County does not QUALIFY you to vote in City of Milford Elections.
Those unavailable to vote on November 9, 2021 should call the City Clerk’s Office for more information on how to obtain an absentee ballot.