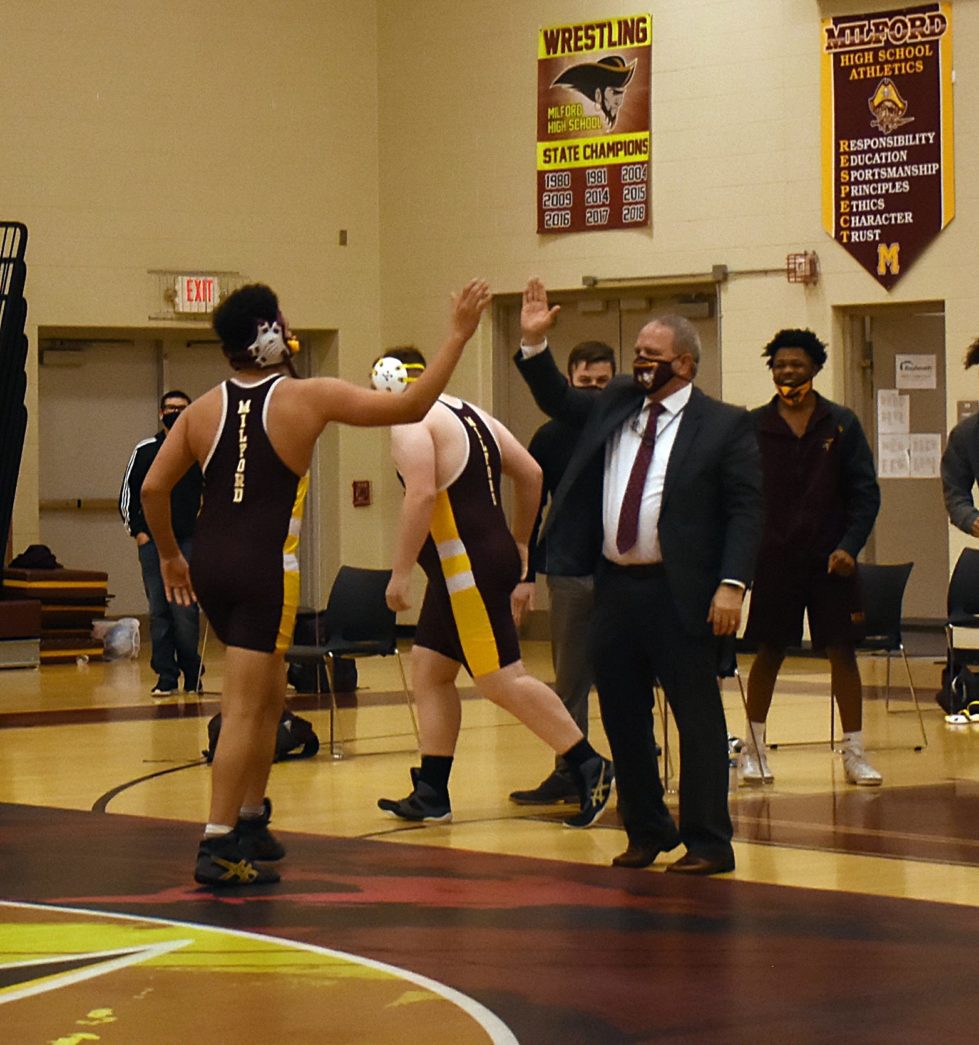 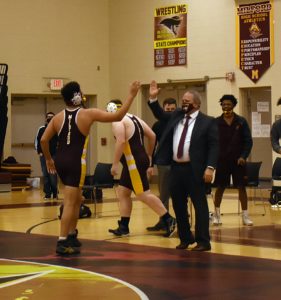 “It’s truly an honor to be here this evening to be a part of this event. You know, when I was first asked about recognizing Mr. Parsley, I said definitely,” As a senator of this district, I’m just truly honored to recognize what you’ve shown the students of the Milford School District. I do have a tribute from the Senate of the State of Delaware. It reads, “This Senate tribute, hereby known to all, Senator David L. Wilson of the Senate of the 151st General Assembly recognizes Don Parsley upon his 300th wrestling win and in recognition of notable leadership as a coach and a mentor. Coach Parsley has shared of his time, talent and experience as head coach of the Milford High School Buccaneers for 32 years. Throughout the many successes, he gained the high regard of his colleagues and players alike. Senator Wilson finds it most befitting that this remarkable gentleman be recognized for his contributions in the athletic arena and the First State and congratulates him on his most recent accolades. With best wishes for continued success, the Senate directs this tribute to be presented on Monday, the 25th day of April.” Unfortunately, due to scheduling conflicts, we’ve not been able to do that.”

Superintendent Kevin Dickerson also thanked Parsley for his contributions. He asked that some of Parsley’s former wrestling team members who were now employees with the district to come forward, including Mike Sharp, Supervisor of Buildings and Grounds, Jon LoBiondo, Transportation Supervisor and Gary Zoll, Principal of Milford High School and Milford Central Academy.