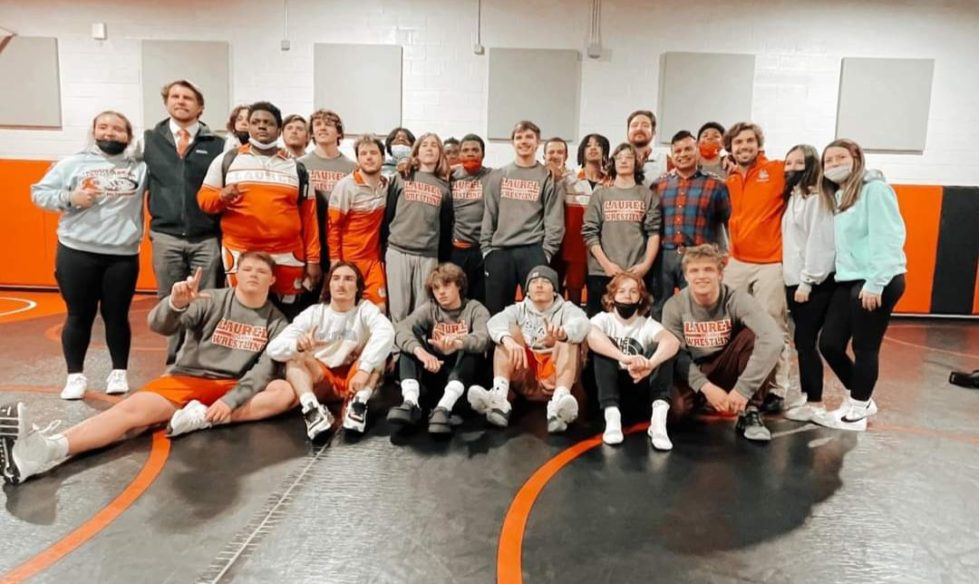 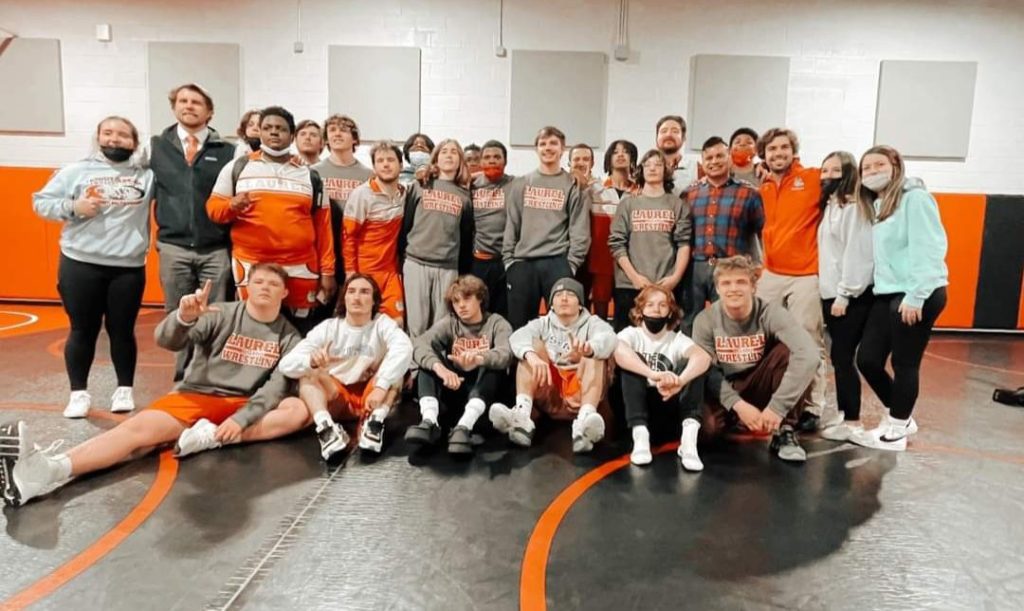 Felton – The stage was set for the final dual meet of the season between Laurel and Lake Forest. Both teams came in the match 4-0 and the Henlopen Conference Southern Division was on the line.

Coming down to the final bout of the night the Bulldogs Matt Pusey delivered with a pin in 55 seconds over Tre’Sonz Stanley giving Laurel a 36-27 victory and the Henlopen South championship.

“I am proud of this team and how they fought to win this match,” Laurel head coach Zach Toadvine said.

“Coming in we knew it was going to be close. We would win down low, they would win in the middle and we were hoping to put it on up top,” Zach Toadvine said.

Laurel got off to a big start with the match beginning at 106 pounds. Senior Brennan Harrington took just 39 seconds to put Laurel ahead 6-0 with his pin over Jacob Pinder.

Connor Smith won a 6-0 decision over Trevor Silver at 113 pounds and Stanley Pete followed with a pin over Patrick Blakeslee in 57 seconds as Laurel jumped out to a 15-0 lead.

The Spartans Case Dempsey recorded a pin in 1:44 over Elijah Niblett at 126 pounds before Kyler Weaver answered with a 5-4 decision over DeMarcus Russ at 132 pounds extending Laurels lead to 18-6.

Lake Forest then strung together four straight wins starting at 138 pounds with Cael Moyer holding off a late surge by Nathan Austin to win a 5-4 decision. Abdullah Ahmad-Statts followed with a 5-4 decision over Xavier Limehouse at 145 pounds.

Nurrideen Ahmad-Statts recorded a pin in 3:21 over Aiden Bell at 152 pounds and Cole Dempsey completed the run with a pin over Hayden Hastings in 3:06 at 160 pounds as the Spartans took a 24-18 lead. 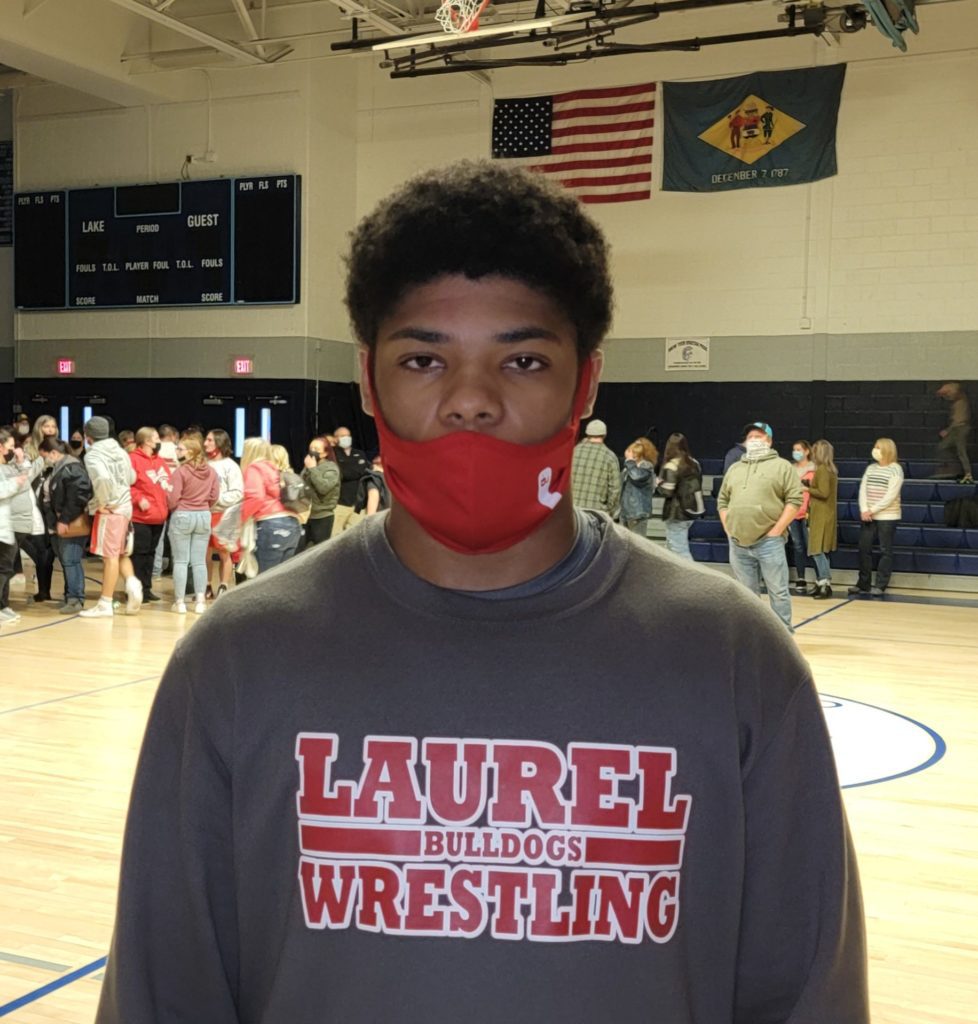 James Johnson swung the momentum in the Bulldogs favor at 195 pounds pinning Travis Wyatt in 39 seconds.

“I had to go out there, be a monster and get a pin,” Johnson said.

The Spartans Cullen Parsell kept his teams hopes alive at 220 pounds with a 3-2 decision over Brayden Hearn sending the match down to the wire trailing 30-27.

Pusey sealed the division title for Laurel with is pin at 285.

“I told the kids tonight they had a job. If you were expected to win get bonus points, if you are an underdog go out there and fight keep it close and try to win it late,” Toadvine said.

Both teams are expected to qualify for the eight team DIAA Division II State Dual Tournament.

Toadvine says he feel his team secured a third seed in the duals.

“I think this gives us the number three seed. We need to win at home on Wednesday and then hopefully see D.M.A. where we could see a lot of close matches,” Toadvine said.