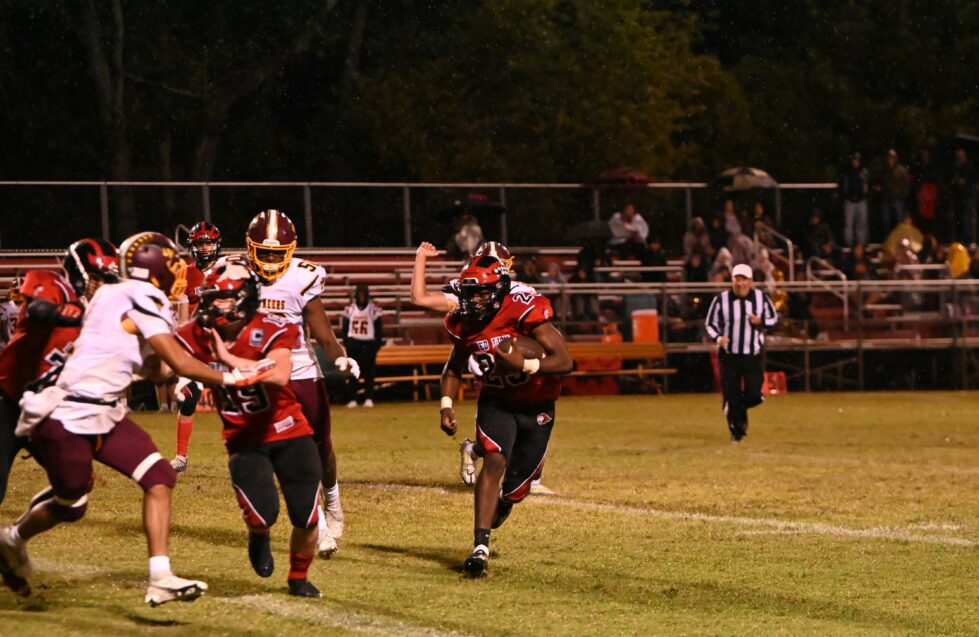 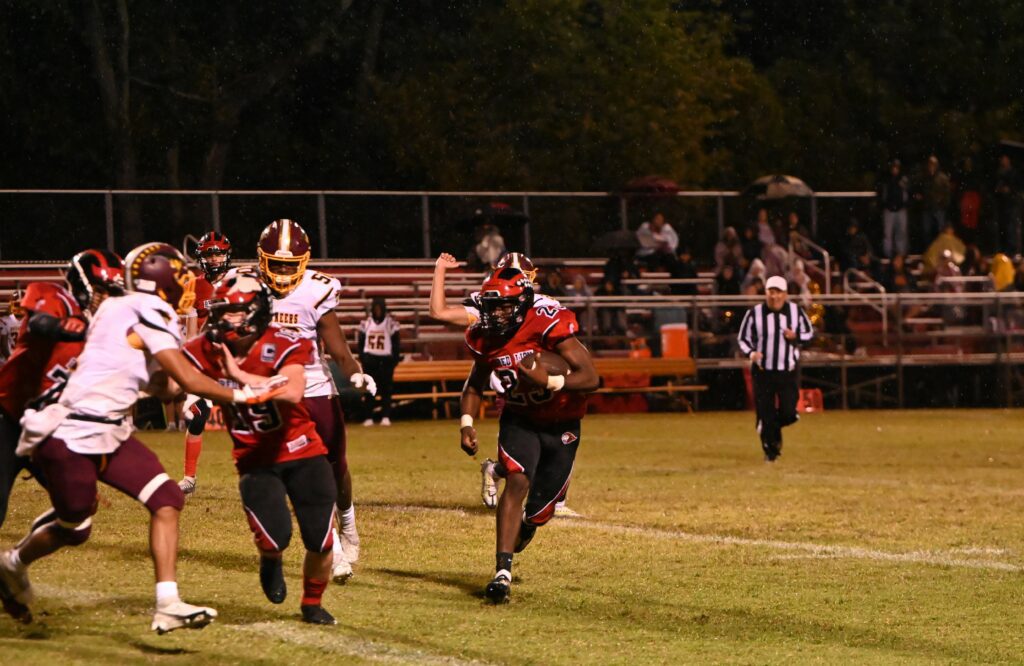 The Red Lion football dominated in their Class 2A matchup against Milford. The Red Lions came away with a 39-0 victory over the Buccaneers.

After a Milford punt, Red Lion got the scoring started as Evan Biddinger hit Kyle Manley down the sideline for a 67 yard touchdown. Red Lion would go for the two point conversion and convert as Jacque Wilson took the hand off plunging into the endzone giving Red Lion an 8-0 lead.

The Red Lions scored two more touchdowns in the second quarter to take a 22-0 lead into half time. With just about 4 minutes to go in the half Wilson took a 1 yard hand off for the second touchdown of the quarter. Samuel Crossan’s extra point was good as Red Lion led 22-0. That score would carry into half time.

In the second half Crossan got the scoring started. He was lined up for a 36 yard field goal, but after a substitution penalty he was looking at a 46yard field goal. The snap was good as well as the hold and Crossan’s cook was successful from 46 yards away to give Red Lion a 25-0 lead early in the third quarter.

A couple of minutes later Freshman Malik Pinkett took a toss 40 yards for another Red Lion Touchdown giving them a 31-0 lead over the buccaneers. Crossan again completed another successful conversion for a 32-0 Red Lion Lead.

Then with three minutes left in the third quarter Pinkett scored his third and final touchdown of the game. Malik took a pitch to the left, planted his foot for a cutback and scampered in for a 24 yard touchdown run. Crossans extra point pushed the lead to 39-0 creating a running clock for the rest of the game.