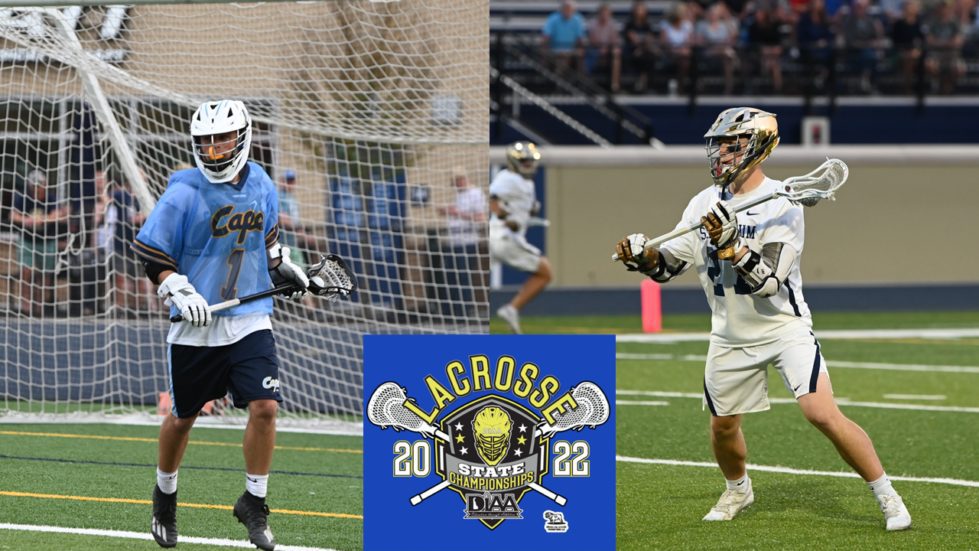 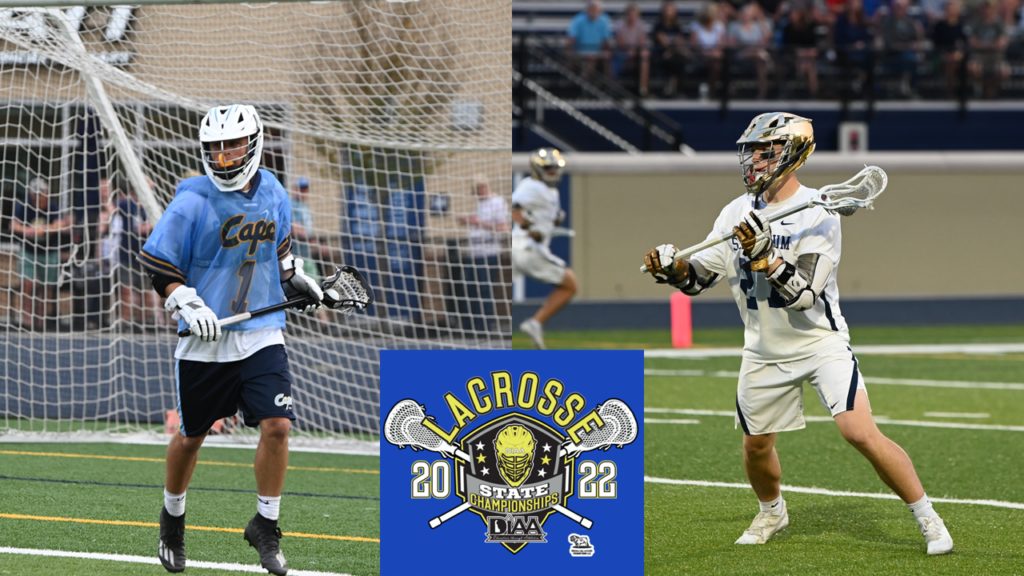 For the third year in a row Salesianum and Cape Henlopen will face off in the DIAA Boys Lacrosse State Championship. The two teams have split the last two times they faced off with Sallies winning the most recent in 2021, and Cape winning in 2019 ironically those scores were identical 12-10.

Cape Henlopen advanced with a 13-6 victory of the No. 1 seeded Archmere Auks. The Vikings jumped out to an early 3-1 lead in this game after the first quarter and never relinquished the lead. Archmere did keep the game close scoring a couple goals in the second quarter, but Cape pulled away after the half. The Vikings outscored the Auks 6-1 in the third quarter to put the game away. Cape was led by Hank D’Ambrogi and Michael Frederick who had 4 goals each.

Salesianum advanced with a 17-7 win over Sanford. Salesianum, just like Cape, jumped out a head early and never looked back. The Sals scored the only four goals in the first quarter to take a 3-0 lead after one. Sanford got on the board in the second quarter scoring three goals, but Salesianum kept the gas pedal on scoring five goals in the quarter to take a 9-3 into the half.

Sallies then really separated from the Warriors in the third quarter as they led by as many as ten goals in the quarter. They then held off Sanford in the fourth to advance to the state championship. Griffin McGovern and Zachary Friend led Salesianum with four goals apiece, while Caelan Driggs added three.

The Sals and Vikings did play each other in the regular season with the Sals coming away with a 13-11 victory over Cape at  home. They will face off again in the DIAA Boys Lacrosse state championship this Saturday, June 4th at Caravel Academy with a noon start time. No tickets will be sold at the gates, so be sure to order them online before the game here is the link for those tickets. If you can not attend in person you can watch the game live on the NFHS Network.