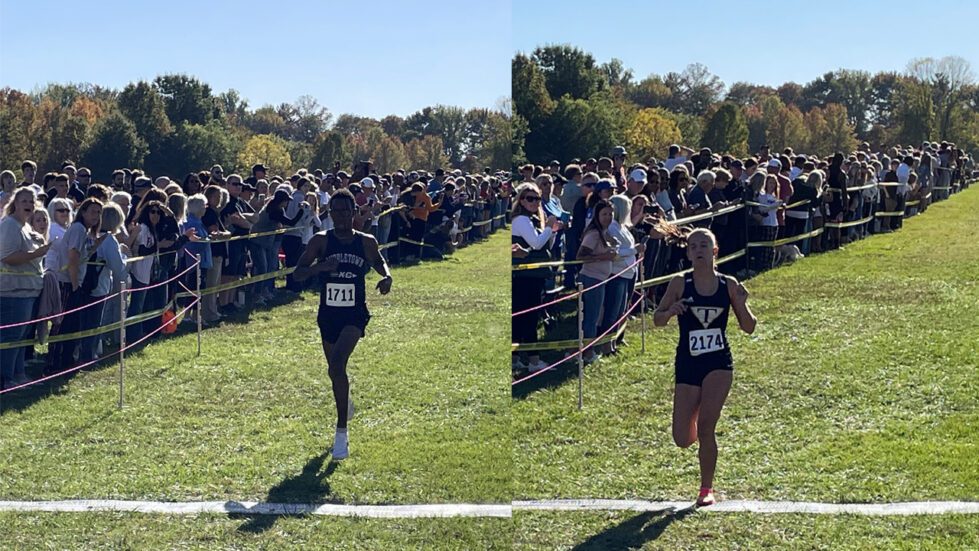 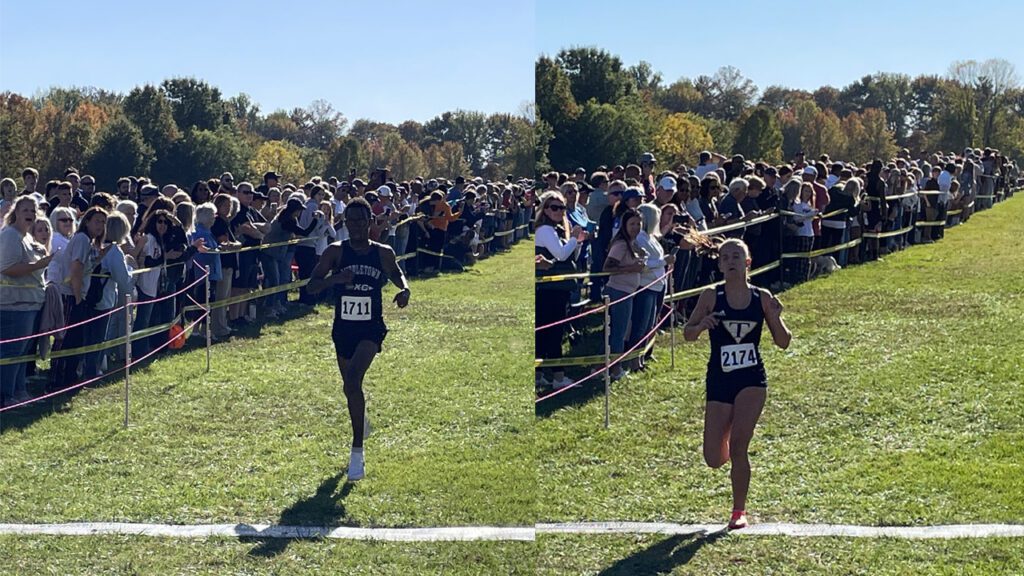 Middletown’s Jonathan Drew won the boys race with a time of 15:43.23 (left), Tatnall Carlita Kaliher won the girls race in a time of 18:16.60 (right). Photos courtesy of Glenn Frazer

Bellevue State Park was the setting for a “picture-perfect” Autumn day as 416 varsity runners competed in the Joe O’Neill Cross Country Invitational. Salesianum and Padua took the team titles.

The Cavaliers’ Jonathan Drew won the boys race with a time of 15:43.23. He was followed :09 later by Ryan Baker of Cape, and just one second behind Baker was Ethan Walther of DMA finishing in third. The rest of the top 10 were:

Tatnall junior Carlita Kaliher won the girls race in a time of 18:16.60. Finishing 2nd was Sophia Holgado of Padua in 18:34.60 and just :03 behind her was Middletown’s Isabelle Walsh in third.

Padua won the team title with 49 points. Charter School of Wilmington took second with 134 points and Archmere finished in third with 148 points.

After Kaliher, Holgado and Walsh, here are the remaining top 10 in the girls event: 4th – Brynn Crandell of Indian River, 5th – Mary Flanagan from Padua, 6th – Conrad’s Alyssa Napier, 7th – Natalie Donaldson of St. Marks, 8th and 9th places were St. Andrews runners Lia Miller and Leah Horgan, with the 10th spot going to Clare Kornacki from Ursuline. There were 176 participants in the girls race.

The event was hosted by N5CTa and full race results can be found at www.de.milesplit.com.