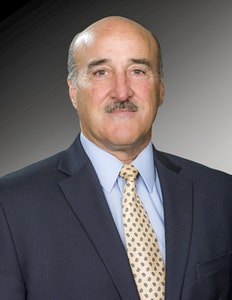 Scott Rathfon, P.E., who grew up in Georgetown and now lives in Lincoln, was recently named Delaware Engineer of the Year by the National Society of Professional Engineers. The nomination is in recognition of Engineers Week which is celebrated in February. Normally, Rathfon would have received the recognition at the Engineers Week banquet, but due to the ongoing pandemic, the organization had to handle things a little differently. The Engineer of the Year Award is presented to a someone with outstanding educational and collegiate achievements, professional and technical society activities along with civic, political and humanitarian activities. The award also recognizes continuing competence as well as engineering and professional achievements.

Rathfon began his engineering career with Perdue Farms in Salisbury, working as a field engineer intern where he was responsible for various facility improvements. After a year with Perdue, college roommates told Rathfon about work opportunities in Newport News Shipbuilding. Rathfon and his wife, Lynn, who he married between his junior and senior year in college, decided to move from Delaware to Newport News, Virginia, in order for him to pursue these new opportunities.

“I took a job with Newport News Shipbuilding in the Piers and Drydocks Division as a construction inspector and quickly rose through the ranks to become a Project Engineer,” Rathfon said. “I was involved in several large design and construction projects that improved the facilities around the shipyard.”

After the birth of their first child seven years after moving to Newport News, the Rathfon’s decided it was time to move closer to family.

“I credit Lynn with aggressively pursuing a job posting she saw for a company that was getting ready to open a new office in Dover, Delaware,” Rathfon said. “She reached out to my future new boss, James T. Johnson, Sr., before I even had a chance. We moved back to Delaware in 1987 and I became one of the initial six employees of Century Engineering – Delaware when they opened the Dover office.”

Today, Rathfon serves as the Executive Vice President overseeing the Delaware operations which now has over 160 employees. He is also part owner of the company and serves on the corporate Board of Directors, guiding the overall direction of the company. Rathfon’s experience includes many recognizable projects in Delaware, including the SR1, US 13 Relief Route project as well as the recent 301 project. One of the highlights of his career was having the opportunity to work on the management team for the design and construction of the cable-stayed bridge over the C&D Canal. He has been recognized for many of his projects over the years by his peers.

“The best and most enjoyable part of what I do at this stage in my career is seeing other Century employees succeed and the enjoyment they have in working together to see projects go from a concept to completion,” Rathfon said. “The most challenging part? That’s an easy one right now – COVID. Dealing with the ever changing guidelines and trying to keep everyone safe but productive.”

In addition to his duties at Century, Rathfon has been involved in the Delaware community in other ways. He is the current President of the Greater Kent Committee, an organization of Kent County business leaders that tackle issues that are important to the community, including economic development and improved quality of life. He is an Honorary Commander for the Civil Engineering Squadron at Dover Air Force Base and is on the Advisory Committee for the Del Tech Owens Campus Engineering program. Rathfon has served on the ACEC Board of Directors promoting the importance of engineering companies in the state an the use of Qualification Based Selection.

“While my daughters went through the Little League program, I coached and served on the Milford Little League Board of Directors for over 15 years,” Rathfon said. He was also recognized in 2001 as a Distinguished Alumni from Delaware Technical and Community College and received a star on the Del Tech Walk of Fame.

Rathfon graduated from Sussex Central High School and earned an Associate in Applied Science degree from Delaware Technical and Community College in Architectural Engineering Technology. He then attended Pennsylvania State University where he earned a Bachelor of Science degree in Structural Design and Construction Engineering Technology. While working in Virginia, he earned his Master of Engineering degree in Civil Engineering from Old Dominion University. He has also completed the American Council of Engineering Companies Senior Executives Institute Program, an intensive leadership training program.

“My advice for anyone who wants to enter this field is to try to get as much experience in the field as you can through jobs or internships in a related field, either engineering or construction,” Rathfon said. “Also, learn from those that have gone before you and take advantage of their knowledge. If you apply yourself and take advantage of continuous learning, engineering can be a very rewarding career.”

Rathfon and his wife have two adult daughters, Dana, who is a professional engineer who recently joined Century Engineering and Jenna, who lives in Milford with her husband, Brandon, and is a teacher in Milford School District. The Rathfon’s enjoy spending time with their two granddaughters, Maisy Mae and Remi Lynn Dodd.

“Pre-COVID and soon-to-be post COVID, we hope to again spend time with family and friends,” Rathfon said. “We enjoy camping trips and are Disney Vacation Club members, so we love taking trips to Disneyworld.”