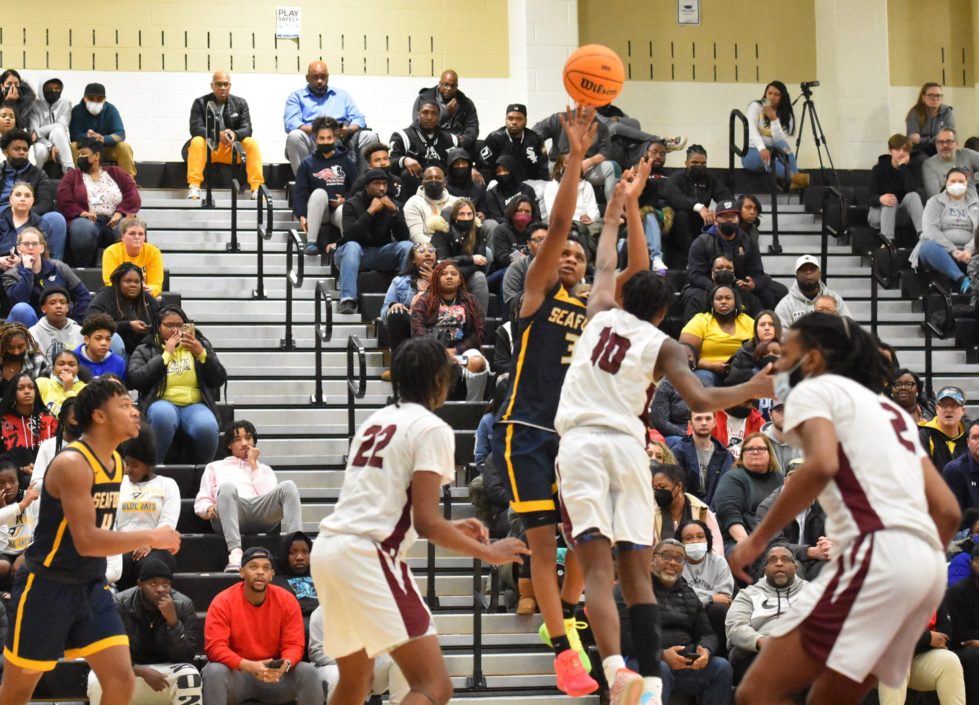 It was an unorthodox start at Appoquinimink High School for round 2 of the DIAA Playoffs.

Seaford’s Brent Ricketts received a technical foul for dunking during pregame warm ups, resulting in two free throws and possession for Appoquinimink to begin the game. But unfortunately, if you are an Appoquinimink fan, it would not matter for the Jaguars.

The Blue Jays entered the game as the No. 10 seed in the DIAA Tournament but came into the season as the 302 Sports preseason  No. 1. The preseason No. 1 Blue Jays showed up Thursday night.

Leading from start to finish, Seaford was paced by their tenaciousness on defense and the boards as well as their long distance shooting. The Blue Jays contested every shot and battled for every loose ball, making 50/50 balls look more like 75/25 balls, in favor of Seaford.

Appoquinimink struggled to score the basketball and Seaford made every shot a difficult one.

On the flip side, the Seaford free flow offense was humming. Even without their senior leading scorer Tyrese Fortune, the blue Jays did not miss a beat.

Led in scoring by Kashmeir Wise, the freshman filled the score sheet with 27 points and 5 triples.

Junior Brent Ricketts did his thing as well, hitting numerous step back threes and getting to the line. Rickets hit 5 threes as well, on his way to 20 points and Aviyon Matthews added 13 in the win.

Seaford put on a flawless performance in round 2 and will now turn their attention to No. 18 St. Andrews, who has two upset wins already in No. 15 Delmarva Christian and No. 2 Caravel just Thursday night.

Tipoff is scheduled for 1 p.m. at Seaford on Saturday as both teams look to advance to the final four. Keep up with all the action and updates right here at Delaware Live Sports