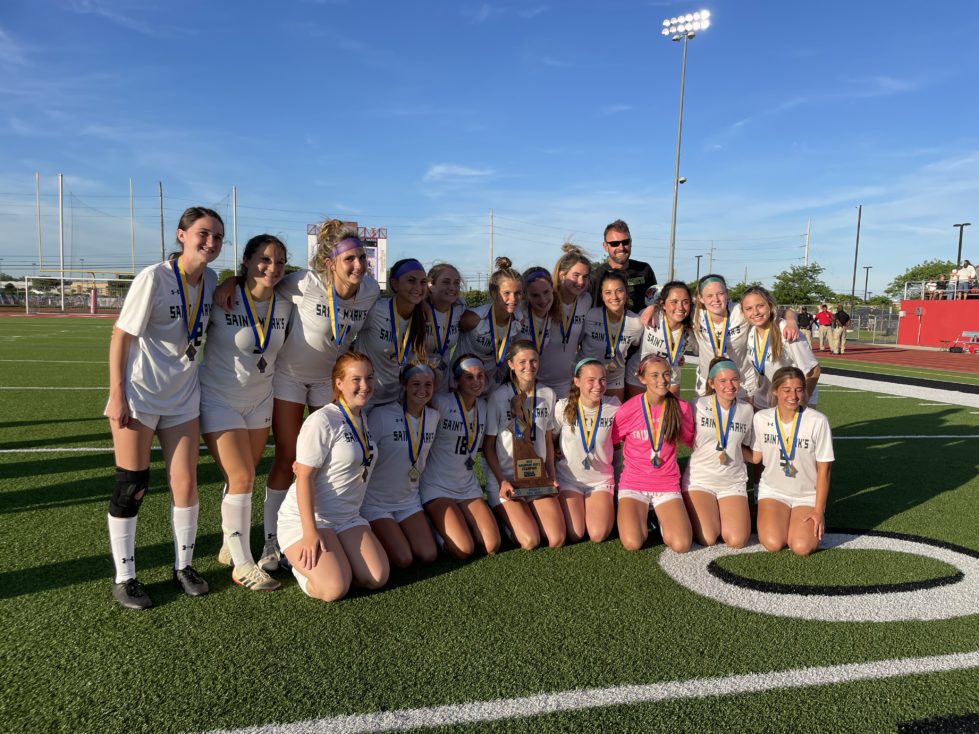 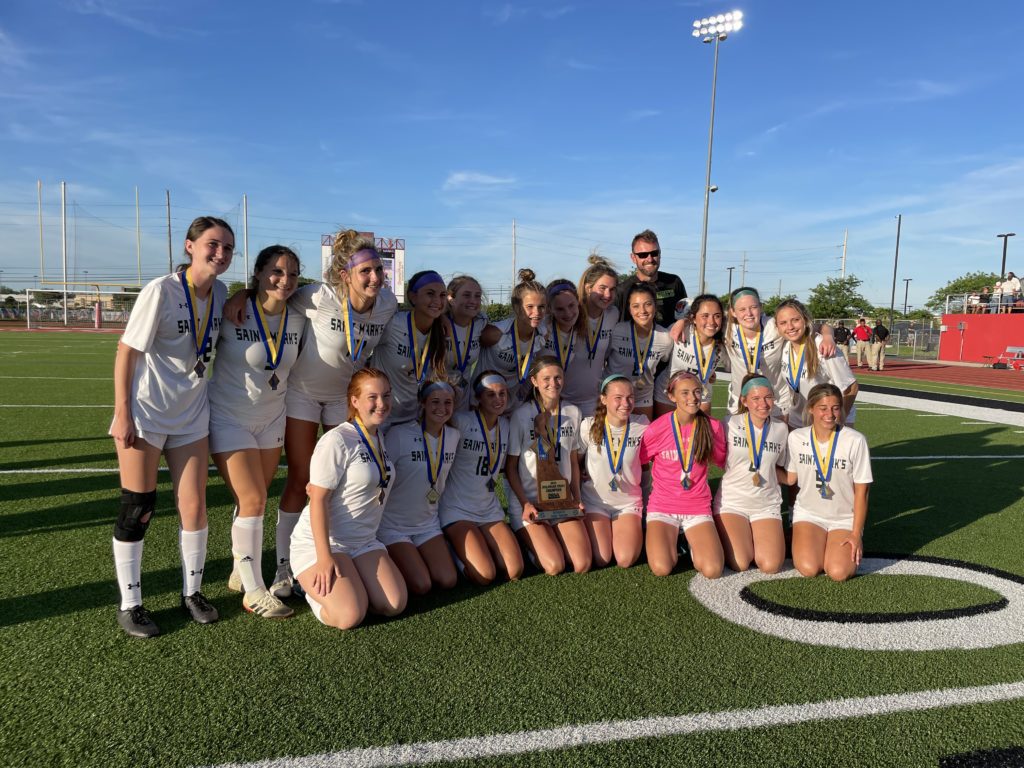 Saint Marks took the opening possession of the game with a drop back pass, but went right for the goal in two passes and with less than ten seconds off the clock the Spartans already had a shot on goal. Then with 33:34 left in the first Maddie Schepers hit a through pass to Emma Manley who was one on one with Caravel Goalie Riley Pinato, but was unable to score as she hit the shot wide of the goal.

Caravel had a couple of chances in the half as well. However neither team was able to score in the first half. The game would go into the half with the game tied 0-0.

Caravel was set to open the second half with the possession. They took the drop pass and dumped it into their offense end, but the Spartans were able to counter. They were moving the ball down the field when Katie Lennon found Lilly Philips ahead of the Caravel defense as she struck the shot into the left side of the net giving Saint Mark’s a 1-0 lead with less than a minute off the clock in the second half (39:18).

Caravel tied things up with 23:17 left in the second half. Alaina Alston centered a pass in front of the goal from the right side of the goal as she caught Saint Mark’s goalkeeper Marissa Cirillo out of position. The pass got through and found the foot of Reese Mushinski as she knocked it in the back of the net to tie the game 1-1.

Saint Mark’s scored the go ahead goal which proved to be the game winning goal with 18:52 left in the game. Emma Manley took a pass deep in the right corner, but was able to bring it out to find Maddie Scheppers at the top of the box.  Scheppers, the Gatorade Player of the Year in girls soccer was able to coral the ball and shoot it with her left foot depositing it in the corner of the goal. Giving the Spartans the lead and the state championship