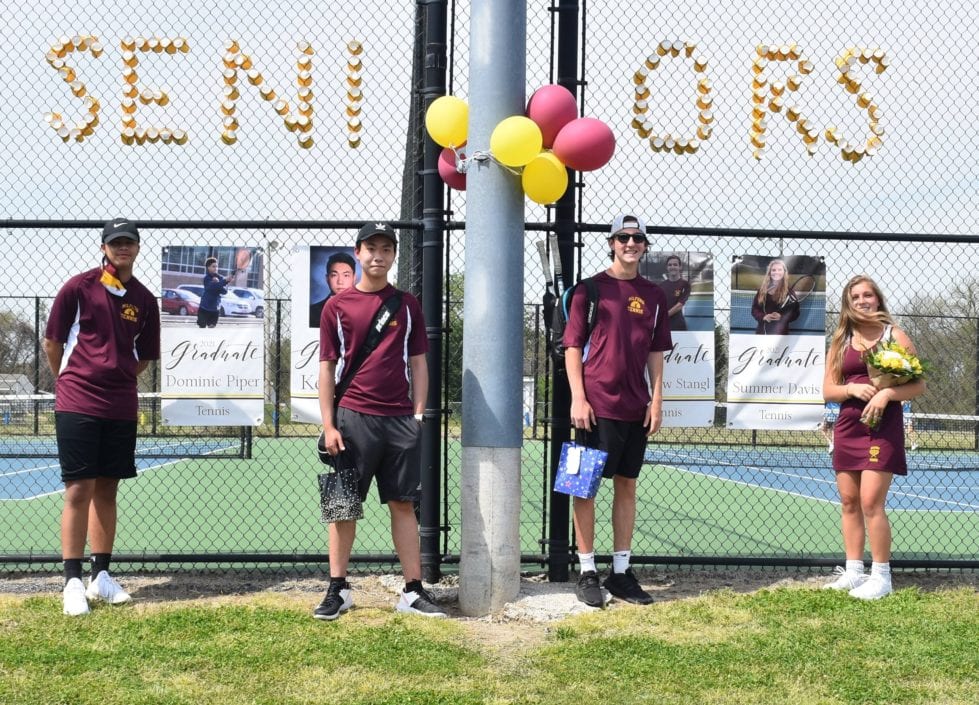 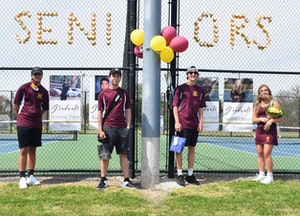 Anyone who has been a parent of a high school student understands that four years can go by in the blink of an eye. When you couple the evolution from a child to that of a young adult you are left wondering where the time went. This past Wednesday, the Milford tennis team celebrated Senior Day, recognizing their academic and athletic accomplishments. Prior to facing off against Cape Henlopen, I spoke with coach Williamson Colton about the four seniors which Milford will be graduating this year – Matt Stangl, Dominic Piper, Kevin Lin and Summer Davis. “It has been a great pleasure to coach these players during their senior season. Each one is unique and brings something special to the table, it has truly been an honor,” Colton said.

Lin only played one year on the Milford tennis squad but made quite an impression with his positive attitude and willingness to learn, earning a spot on No. 2 varsity doubles. His plans are to attend the University of Delaware beginning this fall, majoring in finance. His favorite memory is the season’s opening game, which saw Milford earn a 5-0 victory over Lake Forest.

Piper has been a part of the Buccaneers tennis program since his freshman year. During that time, Piper played varsity from the start, a key player in doubles. Piper will be taking advantage of the SEED program and attending Delaware Tech in the fall as he has an eye towards the criminal justice field. His favorite memory on the tennis court came in his sophomore year, as his team advanced to the Henlopen Conference Tournament semifinals. Piper had an interesting tip for the future Milford players to follow – “Eat a piece of grass before each match, for good luck.”

Stangl started out as No. 3 singles his freshman year. With hard work and determination, he was promoted to No. 1 singles his sophomore year and has improved his game every year since. “Matt is the type of kid that is driven. He isn’t very vocal, but he puts in the work and sacrifice that it takes to become a quality player,” Colton said. Stangl is a standout in the classroom as well. He will be attending the University of Delaware in the fall, with an eye towards a career in medicine. Having a moment to chat with Stangl, he was thrilled with the team’s 3-2 win over Cape Henlopen on Senior Day. “To be able to go out there and win a match like that was very exciting, I was just thrilled to be a part of it,” he said. When asked about what he enjoyed the most about tennis, he was quick to respond. “I really enjoy being around my teammates and just spending time with them. We are very close and have a really good time together. This is just a fantastic group of people.” 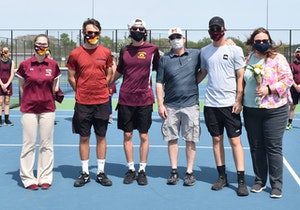 Davis has been a fantastic player for Milford during her four years as a Buccaneer. Stepping into the role of No.1 singles during her freshman season, she has been the anchor for the girls’ team her entire career. Her favorite memory came in her freshman year, as the Milford girls won the Henlopen South Championship. Davis will be attending East Carolina University beginning this fall, majoring in marketing.