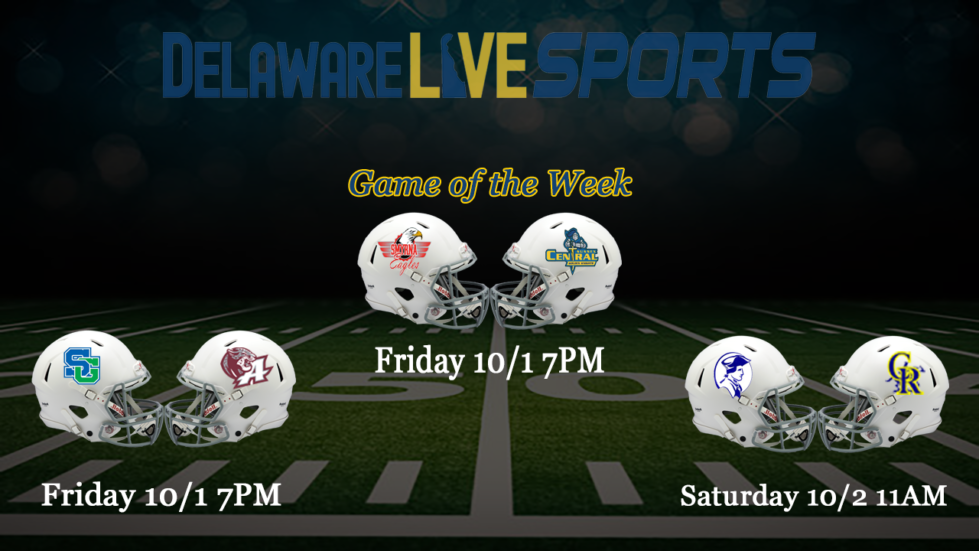 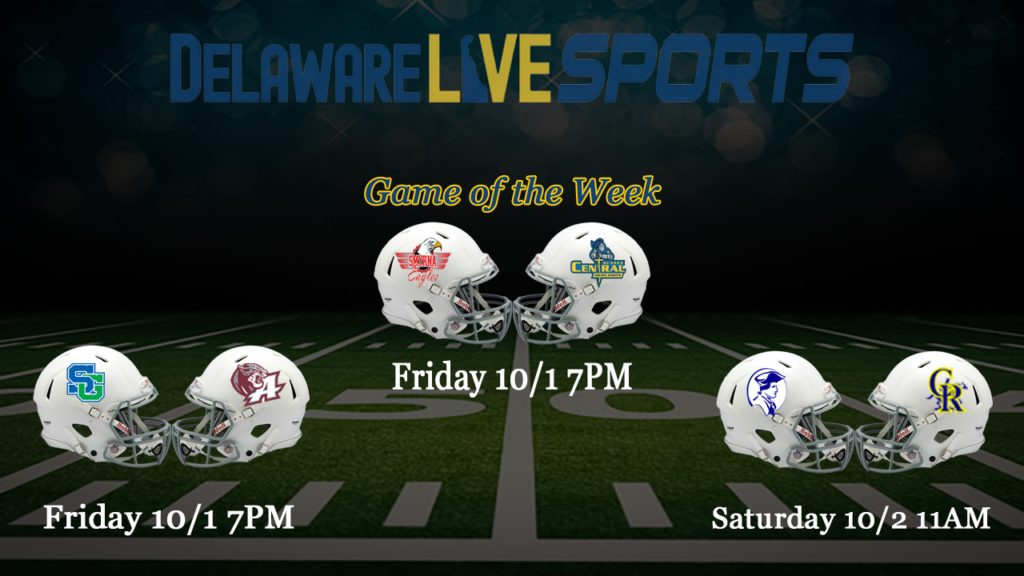 Both of these teams come into this game with big wins after suffering losses the previous week. Sussex Central suffered a loss to Salesianum back on 9/10 by a score of 42-13, but bounced back last week by defeating Hodgson 35-6. Central had a bye week last week so they will be well rested for this game. Smyrna suffered a loss to Middletown back on 9/17 by a score of 28-14, but they too bounced back last week with a convincing win over Caesar Rodney 40-0. These teams will meet for the first time since the Golden Knights defeated the Eagles at home in the semi finals of last years playoffs before going on to win the state championship.

These cross town rivals will faceoff on Friday night under the lights at Appoquinimink.  The home teams is wearing a 1-2 record as the Jaguars suffered a 28-13 loss to their other cross town rivals the Middletown Cavaliers last week. They were able to get their lone win by defeating Caesar Rodney 6-0.  St George’s is coming into this game with a big win over a good Salesianum team last Friday night by a 21-14 score. The week before they suffered a loss to Dover at home on 9/18 21-14. Last season St. George’s beat Appoquinimnk 21-7 in their only meeting.

Dover travels to Caesar Rodney with a 3-1 with their only loss coming to Arundel HS in Maryland. They have wins over Hodgson, St George’s, and last week they defeated Cape Henlopen. These two teams are heading in opposite directions. Caesar Rodney is 0-4 on the season and suffered their worse lost last week as they fell to Smyrna 40-0. The Riders will look to get into the win column as their cross town rivals the Senators visit them this Saturday. Last season Dover won their only matchup by a 27-13 score. 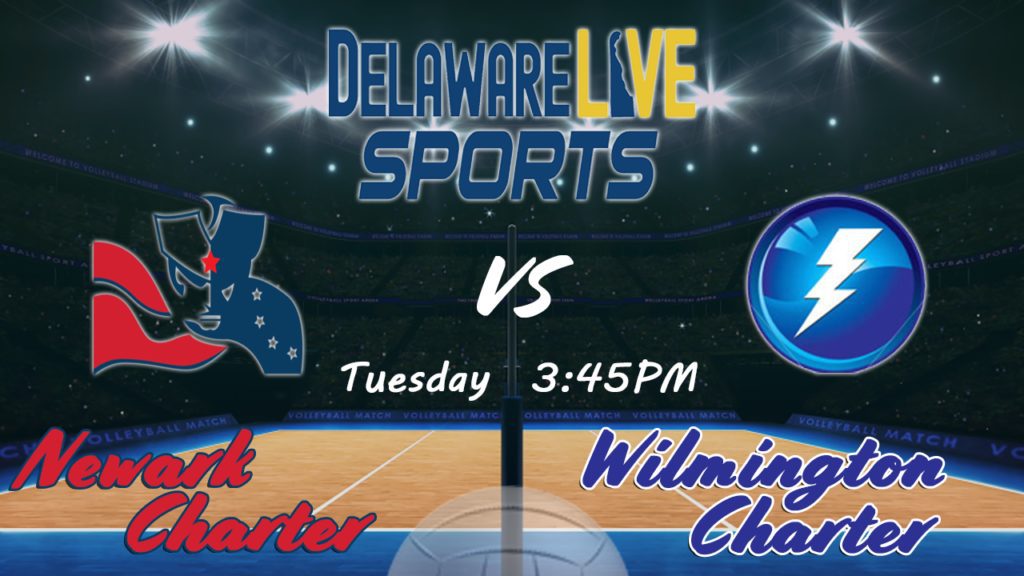 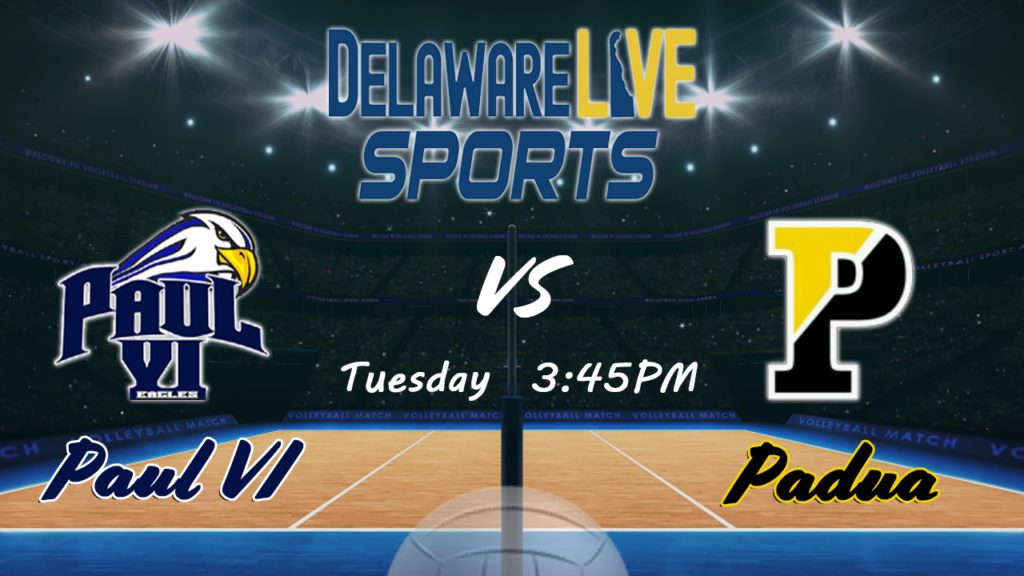 Paul VI is traveling from New Jersey to visit #2 Padua. Unfortunately we couldn’t find anything on Paul VI this season. Last season they went 11-2 in the regular season then went on to won their non-public A Sectional Championship. Padua suffered their first loss of the season last week as they fell 3-0 to #1 St Marks least years state champion. They did rebound later in the week with a 3-0 win over #7 Smyrna. 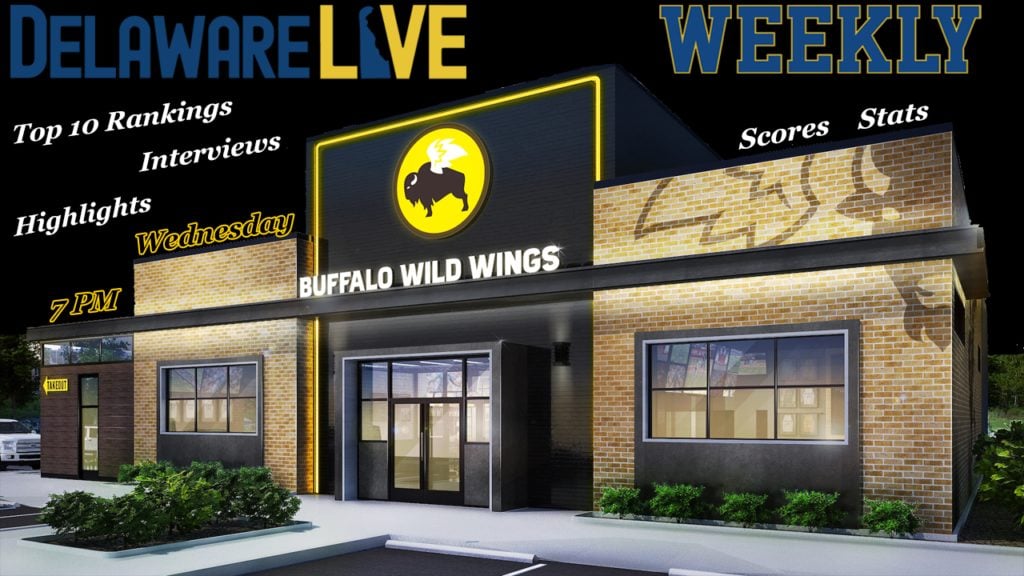 Delaware weekly this week is at Buffalo Wild Wings Dover location. We are going to have special guests Dover & Caesar Rodney football team as we talk about their game our game of the week. We will also reveal our football top 5 rankings & talk some more football about this weeks up coming games. Also we will reveal out top 10 plays from last weeks games. We have some great plays be sure to tune it to see them revealed.