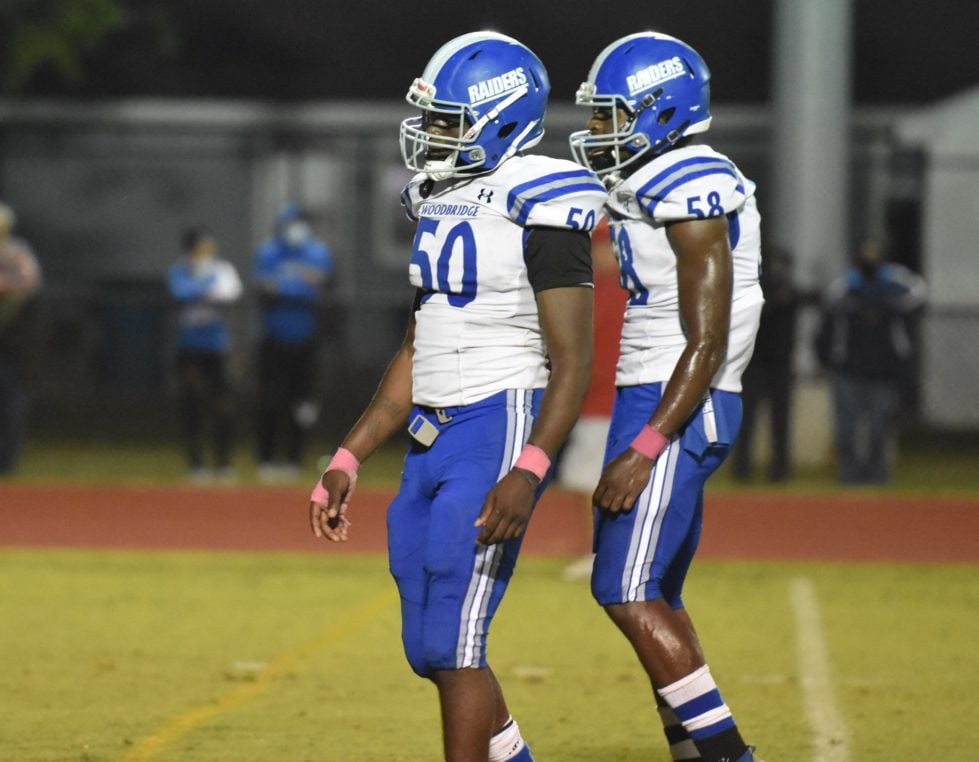 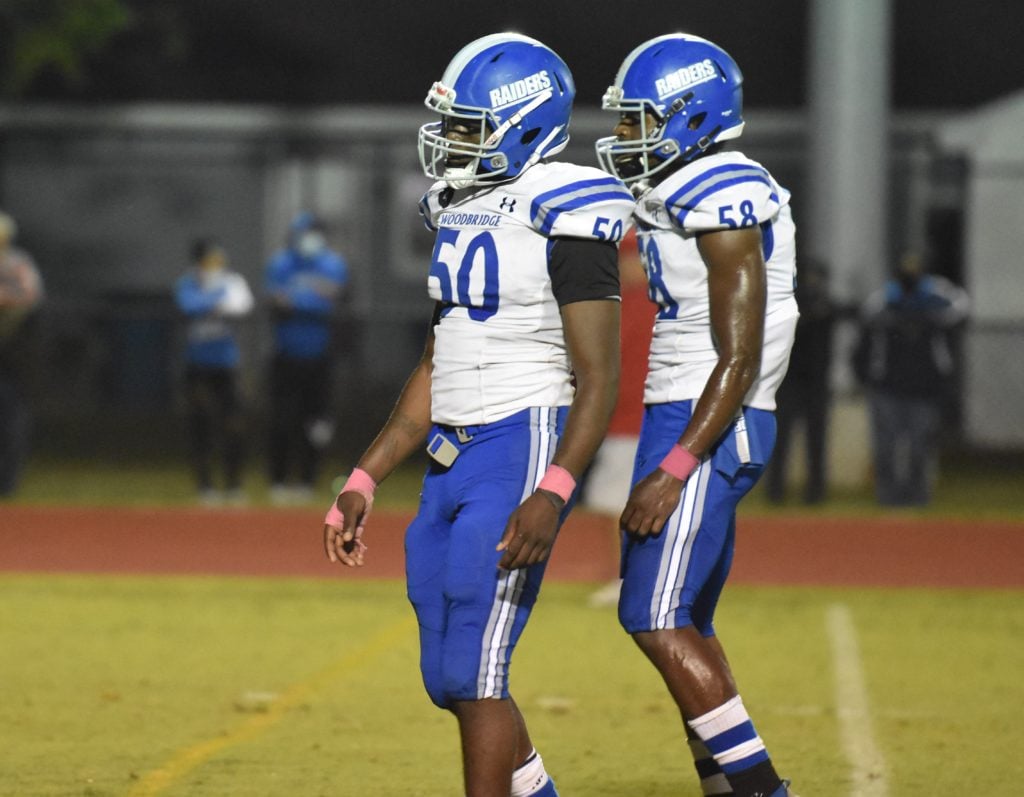 Greenwood – Throughout the season Woodbridge head coach leaned on his defense as the offense matured and grew into his new system.

The Blue Raiders defense rose to the occasion once again the season holding Tower Hill to under 100 yards in a 31-0 victory in the D.I.A.A. Class AA quarterfinal state tournament game.

“I knew the defense had to play well tonight, but to shutout a team like Tower Hill is a big accomplishment,” Dooley said.

Woodbridge got on the scoreboard first when Kenny Newton scored on a one yard run. Newton then added the two point conversion giving the Blue Raiders an 8-0 lead with 4:35 to play in the first quarter.

With Tower Hill driving into Woodbridge territory Ci-Atrick Stones intercepted a Peitlock pass and returned to the Hillers 37 yardline.

Woodbridge took advantage of the turnover driving down to the five yardline. Facing a third and goal Seth Smart connected with Lextyn Wescott on a look in for a touchdown. Newton again added the two point conversion as Woodbridge extended their lead to 16-0 with 4:26 to play in the first half.

On the next series Woodbridge forced a fumble  recovered by Khelei Tillman at midfield for the Blue Raiders  second take a way of the first half.

Woodbridge then went on seven play 49 yard scoring drive capped off by a four yard touchdown run by Wyatt Wright. Jordan Evans added the two point conversion giving Woodbridge a 24-0 lead with 2:07 left to play in the half.

Wright who has had limited carries on the season stepped up on the series when Newton had left the game with an injury.

“I saw those big holes and told coach to keep feeding me, I like the being in the role of a team player. I will play where the team needs me,” Wright said.

Tower Hill played most of the second as well as the second half without their leading offensive threat Brendan Hickey who re-injured his throwing hand during the game.

Hickey who threw for 11 touchdowns and rushed for 11 was sidelined for most of the game.

Woodbridge drove down to the Tower Hill one yard line on their first possession of the third quarter, but the Hillers defense stiffened and forced a fumble as Newton attempted to score on a short run.

Newton would later score in the quarter on a five yard run. Ian Hayes added the point after kick to close out the scoring as Woodbridge led 31-0.

Newton ended the game with 190 yards on 26 carries and two touchdowns.

“Kenny Newton is just amazing every time he touches the ball there’s the chance for a homerun,” Dooley said.

Woodbridge’s defense held the Hillers to just six first downs in the game and 91 yards of total offense.

Dooley said he was pleased with the play of his defense.

“That’s our thing here at Woodbridge we play defense, the coaches had us prepared tonight. We watched a lot of film and repped it in practice so we were ready for what they threw at us tonight,” defensive end Noah Mathews said.

Woodbridge advances to the semi-finals where they will host the winner of the Delmar and Wilmington Friends. The day and time of the semi-finals is still to be determined .

“We know whether it is Delmar or Friends it is going to be a tough game. It is so exciting to be 11-0 and we will be home next week with whoever we play,” Dooley said.