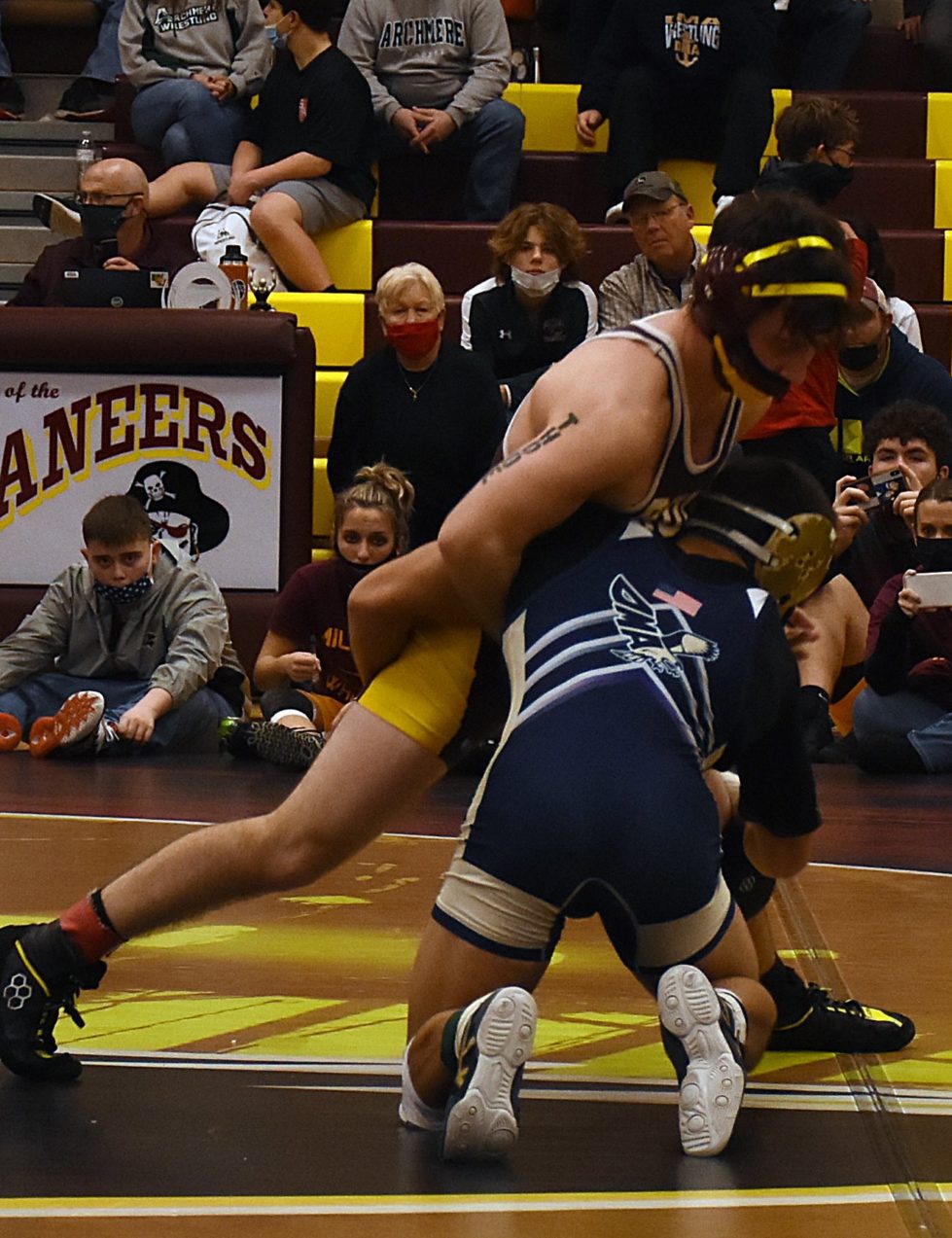 Pre-season tournaments are one of the tools which Don Parsley uses to evaluate his wrestlers. Over the last few years, the Buccaneers have utilized the Polytech and Milford Invitationals to get their wrestlers some mat time in a competitive environment. While last season was a little different, with no pre-season tournaments because of COVID, this year Milford has been able to participate in these traditional events. So far, the results, for the most part, have been positive. At the Polytech Invitational, Milford garnered first place in the tournament as a team. While this past Saturday, Milford placed third out of 14 teams in another strong showing. “I really enjoy getting our wrestlers ready for the season utilizing these tournaments. It gives them a chance to go against some good wrestlers, who they usually do get a chance to see, as well as giving them a chance to get a fairly good number of matches in. While team practices are nice, there is nothing better than actual competition to see what a wrestler is made of,” Parsley said.

In both tournaments, Milford has had six wrestlers reach the finals and the results have been solid. Freshman Trevor Copes took first place at both Milford and Polytech at 120 pounds. Speaking with Trevor Copes, he likes the start that he has had so far. “I think I’m doing well; I have started the season in good shape and just want to keep on improving.”

Another dual tournament winner at 132 pounds is team captain and senior Jack Thode who is a two-time state champion. When speaking with Thode about his accomplishments to start the season, he made it clear that his focus is not entirely on himself. “I like winning, but as a senior this year, I have a much more important role. We have some young wrestlers on the team, and we want to make sure they improve as the season goes on. That is what my focus is on right now, how I can help make everyone better as the season progresses.”

In the 138-pound class, senior Aaron Briscoe followed a first-place finish at Polytech with a second-place finish at Milford. Going forward, Briscoe is expected to be a big part of how well this team progresses.

At 145 pounds, sophomore Hunter Durham has had a pair of second-place finishes at both tournaments. Coach Parsley believes that Durham is just starting to scratch the surface of his talents. “Hunter is getting better, and he just needs to keep on working as hard as he has been. The talent is there, and 145 pounds is a tough weight to wrestle at in Delaware, so I expect that by the time we get to the season he should be much improved.”

Junior Averi Copes garnered first place in both tournaments as well competing at 152 pounds. Speaking with him following his win at Milford, Averi was incredibly happy to win in front of his home fans. “Anytime you win it’s great, but when you can win in front of your home fans that is extra special.”

Senior Tim O’Hara won at both Poly and Milford at 160 pounds. He battled through a bit of an illness this past week to make it to the tournament. “I was feeling a bit weak earlier this week, but I felt pretty good starting on Thursday. Even though I wasn’t in top condition, I was able to make it through the tournament.”

Sophomore Jordan Curry, who finished fourth at Poly and second at Milford, is another wrestler to keep an eye out for this season. “Jordan is coming on fast. Even though he is young, he is learning very quickly, that’s a key thing to look for in a young wrestler,” Parsley stated. 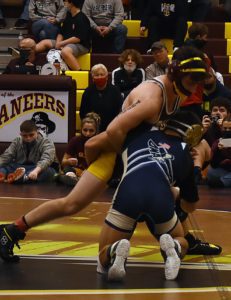 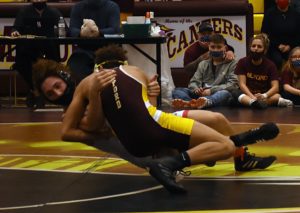 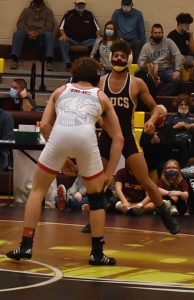 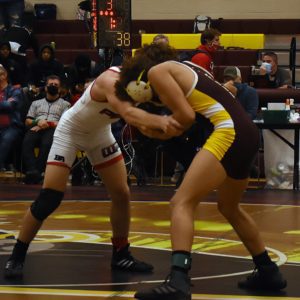 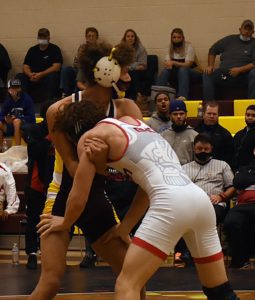 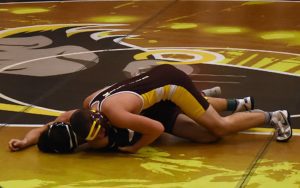 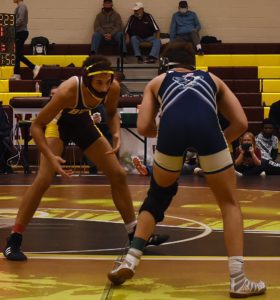 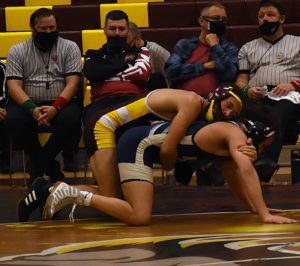 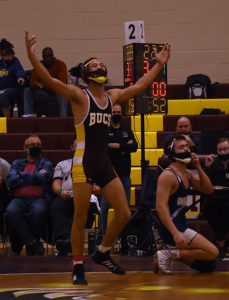 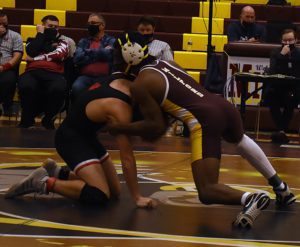 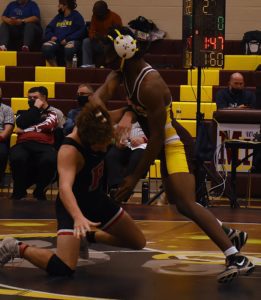 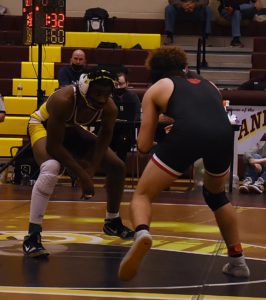 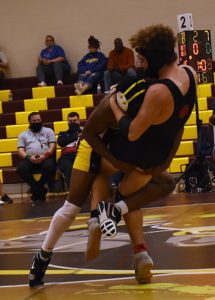 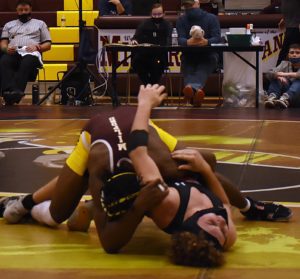