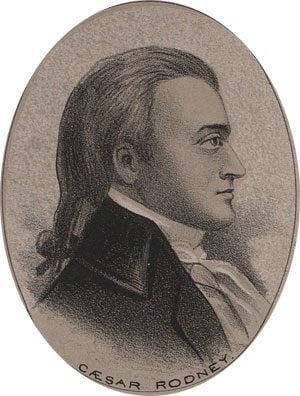 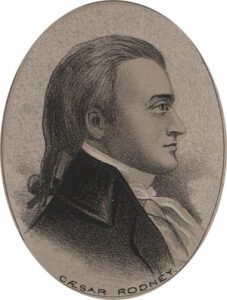 2nd Friday will present details on the life of Caesar Rodney

On Friday, October 14, the First Presbyterian Church will present their monthly 2nd Friday program. This month, the program will highlight the life and accomplishments of Caesar Rodney.

“We have members of the Milford Museum who have graciously agreed to do our presentation this month,” John Huntzinger, leader of 2nd Friday, said. “This presentation will be very informative, providing details on Delaware’s founding father who cast the deciding vote to declare independence from Britain.”

Huntzinger explained that the program will include details on the life of Rodney, how he and his family not only fought for independence from Great Britain, but also how he helped Delaware break from Pennsylvania.

“Many people are unaware that Delaware was not a separate colony until a few weeks before the signing of the Declaration of Independence,” Huntzinger said. “We were considered the lower three counties of Pennsylvania. It was not until June 1776 that we became a colony of our own. There is also an interesting Milford connection that will be discussed.”

The program will be held at the church and there is a Zoom option for those who cannot attend in person. It begins at 7 PM and will last approximately an hour.