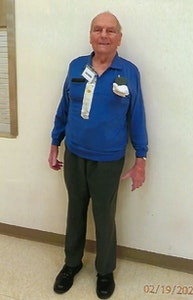 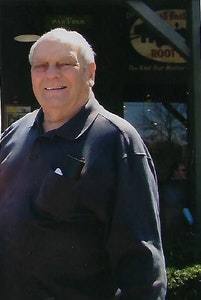 George Dorylis after his weight loss

George Dorylis has not always been overweight, but as he got older and became less active, he began to put on pounds. At his highest weight, Dorylis was 260 pounds and dealing with diabetes along with other health problems.

“My son told me I was getting fat,” Dorylis said. “My diabetes was out of control and then I had a diabetic incident. I didn’t know where I was or anything and that woke me up. I knew I had to make some changes. I started trying to eat healthy and I did lose 10 pounds. Then, my lady friend asked me to go with her to a weight loss meeting.”

The meeting Dorylis attended was a Take off Pounds Sensibly (TOPS) program, a non-commercial weight loss, education and support organization. Dorylis found the group to be very welcoming and supportive, making it easier for him to stick with his weight loss plan. In 2019, Dorylis lost 25 pounds and earned the title of Delaware King, an award given to the male member who lost the most weight throughout the state.

“They taught me a lot of things,” Dorylis said. “Carbs is a big thing to watch and they taught me to avoid eating white food, like white sugar, white pasta, white rice. I also learned other tricks like putting my fork down between each bite and that it is okay to leave food on your plate. You don’t have to eat it because it was there. The program is inexpensive and I don’t have to buy their food. I eat my own food.”

Dorylis stated that he felt sorry for people who were overweight because he doesn’t think they realize the damage they are doing to their body. He pointed out that if he could lose weight in his 90s, anyone could do it if they just make up their mind to do so.

“I am selfish,” Dorylis said. “I was tired of feeling horrible. I ignored my diabetes until it got to the point I had an attack. Nationally, obesity is one of the biggest health issues and it causes so many health problems. Too many people realize they are heavy, but they just don’t do anything about it. In some cases, it may be because they don’t know how to make the changes.”

Dorylis weighs himself every day and, if the scale goes up, he knows he has to eat less that day or move around more to get it back down. He does not track his food nor does he count calories, but he does track how many carbs he eats in a day. He avoids white foods, sticking to whole grains like high-fiber bread and brown rice. He was going to the gym but has recently developed problems with his legs that have kept him from going.

According to the CDC 33.5 percent of the population in Delaware is obese and obesity impacts a third of all Americans. Obesity is associated with about 112,000 deaths every year in the United States and has been linked to heart disease, stroke, type 2 diabetes and some types of cancer. In addition, obesity is also listed as a risk factor for contracting a more severe case of the COVID-19 virus.

“My goal is to live as health as possible,” Dorylis said. “As I have reached the age of 93, I like to think I am an inspiration, not only to the people in TOPS, but also to others who are struggling with obesity.”