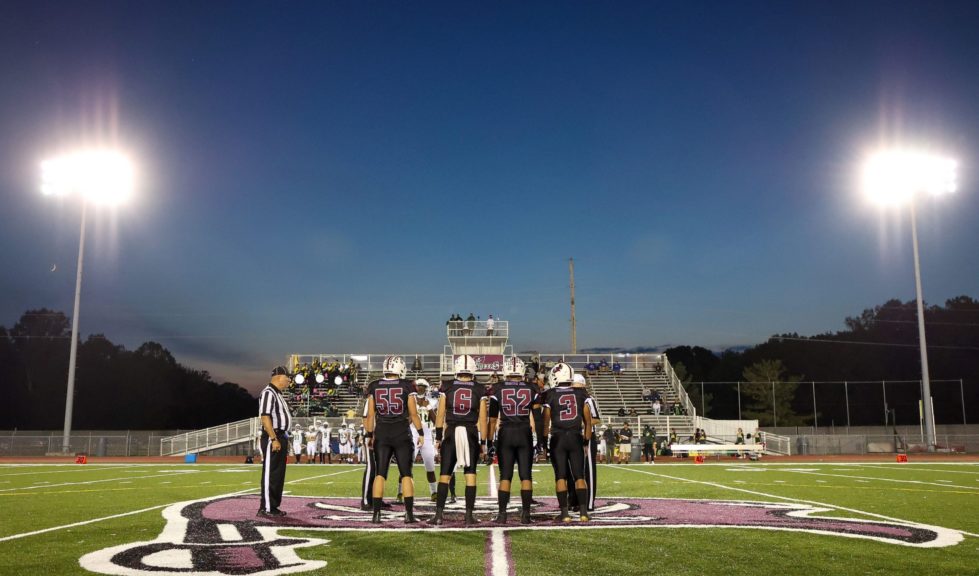 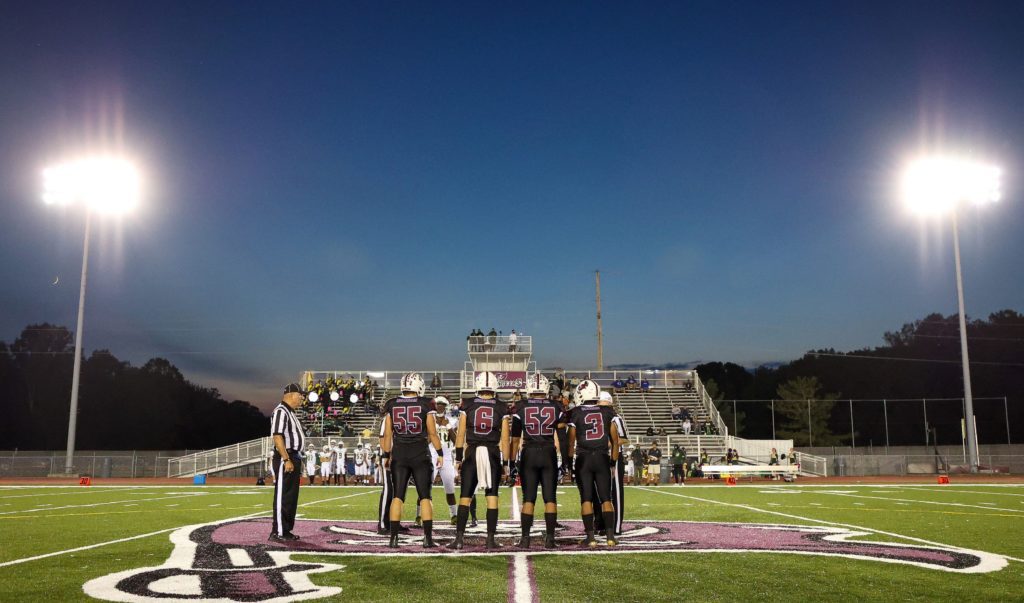 It was the first true cold game of the season at Bob People’s Stadium Friday night, on the campus of Caravel Academy.  A battle of Buccaneers was scheduled to take place as Milford (3-4) traveled up to Caravel (7-1), looking to keep their slim playoff chances alive.  However, on this night Caravel would prevail behind senior running back, Ky’shwn Drumgo and his 118 yards rushing & 2 touchdowns, for a 44-0 victory.

The game was tight early, as Caravel only took a 14-0 lead into halftime.  The turnover bug plagued Milford in the first half.  A 17-yard pick-6 from Caravel sophomore Jordan Miller opened the scoring as time expired in the first quarter of play.  That was one of 2 turnovers in the first half for the visiting team.

Caravel’s offense struggled to complete drives in the first quarter, however, they really began to find a rhythm on their opening drive of the second quarter.  A 95-yard drive that spanned almost 5 minutes long, highlighted by a 48-yard pass from sophomore quarterback Truman Auwerda to Mekhi Carmon would result in Drumgo’s first touchdown of the night.

The second half belonged to Caravel as they began to assert dominance in this one.  The home team opened up the second half with a 55-yard drive capped off by Drumgo’s second TD of the game.

The final scores for Caravel were a touchdown pass from Auwerda to JT Wingo for 56 yards, John Antonio 2-yard TD catch, and a second pick-6 for the Bucs by Vandrick Hamlin.

Auwerda would finish 5-8 for 135 yards and 2 touchdown passes for Caravel.  Aaron Sivels, the senior running back for Milford, was bottled up in this one and perhaps hobbled after rolling his ankle late in the 1st quarter, only gaining 37 yards on 14 carries.

Milford falls to 3-5 on the season and will finish their season next Saturday when they visit Mount Pleasant.  Caravel continues their strong season, moving to 8-1 with a date with undefeated St. Elizabeth next Thursday at Abessinio Stadium.