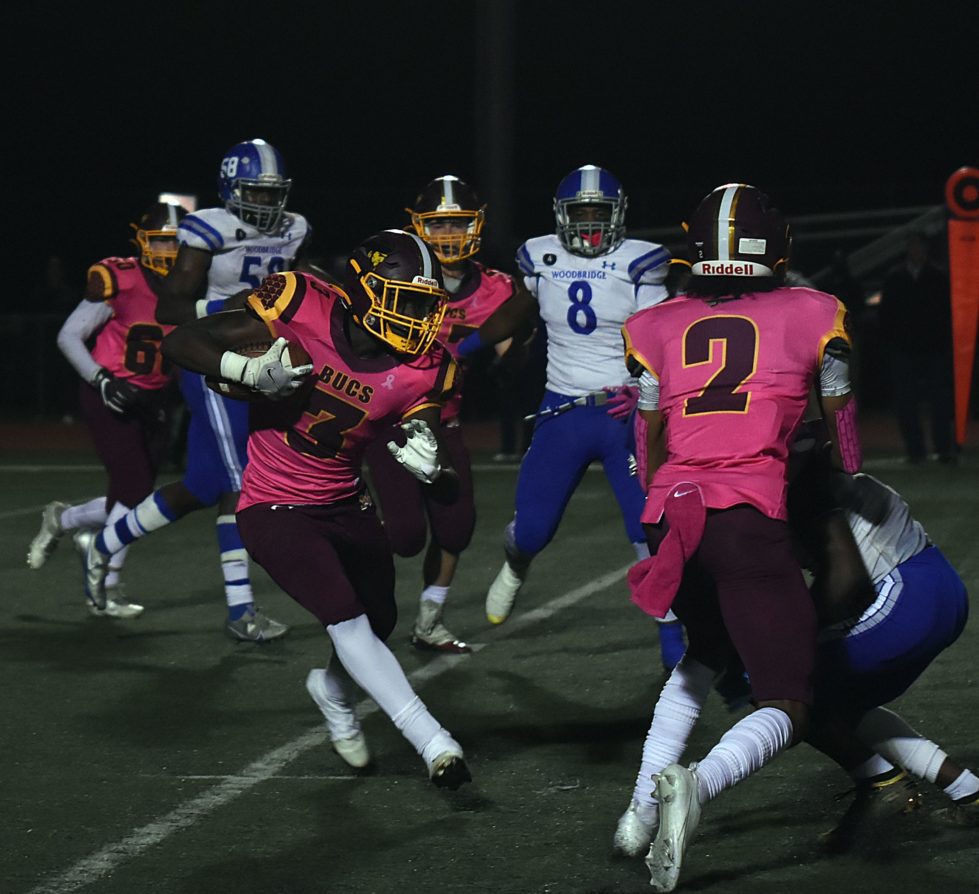 For the first half of any game this season, Milford accomplished what it had been trying to do all season long. MHS had stayed with the 6-0 Raiders of Woodbridge and even managed to enter the locker room at halftime with a 6-0 lead – thanks in large part to a stubborn defense that refused to let Woodbridge move the ball with any consistency. Even when Woodbridge would threaten to score, the Buccaneers stood tall. In particular, junior Ryan Mejia came up huge with three first half interceptions. Up front, the Milford defense looked stout, continually shutting down the Woodbridge running game. A poor second half, however, would lead to a 20-6 loss on Senior Night for Milford.

With Milford spending most of the first half with its back to its end zone, it was difficult for it to generate any offense. It would be Mejia who would finally flip the field for the Bucs, as he produced an interception at the Woodbridge 45-yard line with 8:25 remaining in the first half. The Buccaneers would strike quickly as senior Aaron Sivels burst threw the right side of the Raider defensive front and finally stopped at the Woodbridge two-yard line. Even though the Woodbridge defense stiffened, Milford was able to get the game’s first score as senior quarterback Shawn Saxon audibled out of a play and ran a toss right which Sivels was able to push across the goal line from two yards out. With the PAT hitting the upright, Milford would take a 6-0 lead with seven minutes left in the first half.

Woodbridge was quick to respond, even though it started the ensuing drive deep in its territory, it quickly found itself in Milford’s half of the field with just under five minutes remaining in the half. It would be Mejia who would once again come up with the big interception, this time it was a diving one as he grabbed the ball just before it hit the turf. Even though the play stopped the drive, it came at a cost as Mejia was injured on the play. “Losing Ryan for half the game was one of the things that really hurt us. He basically came up huge in the first half and I believe the score would have been much different if not for him,” MHS Coach Shaun Strickland said. 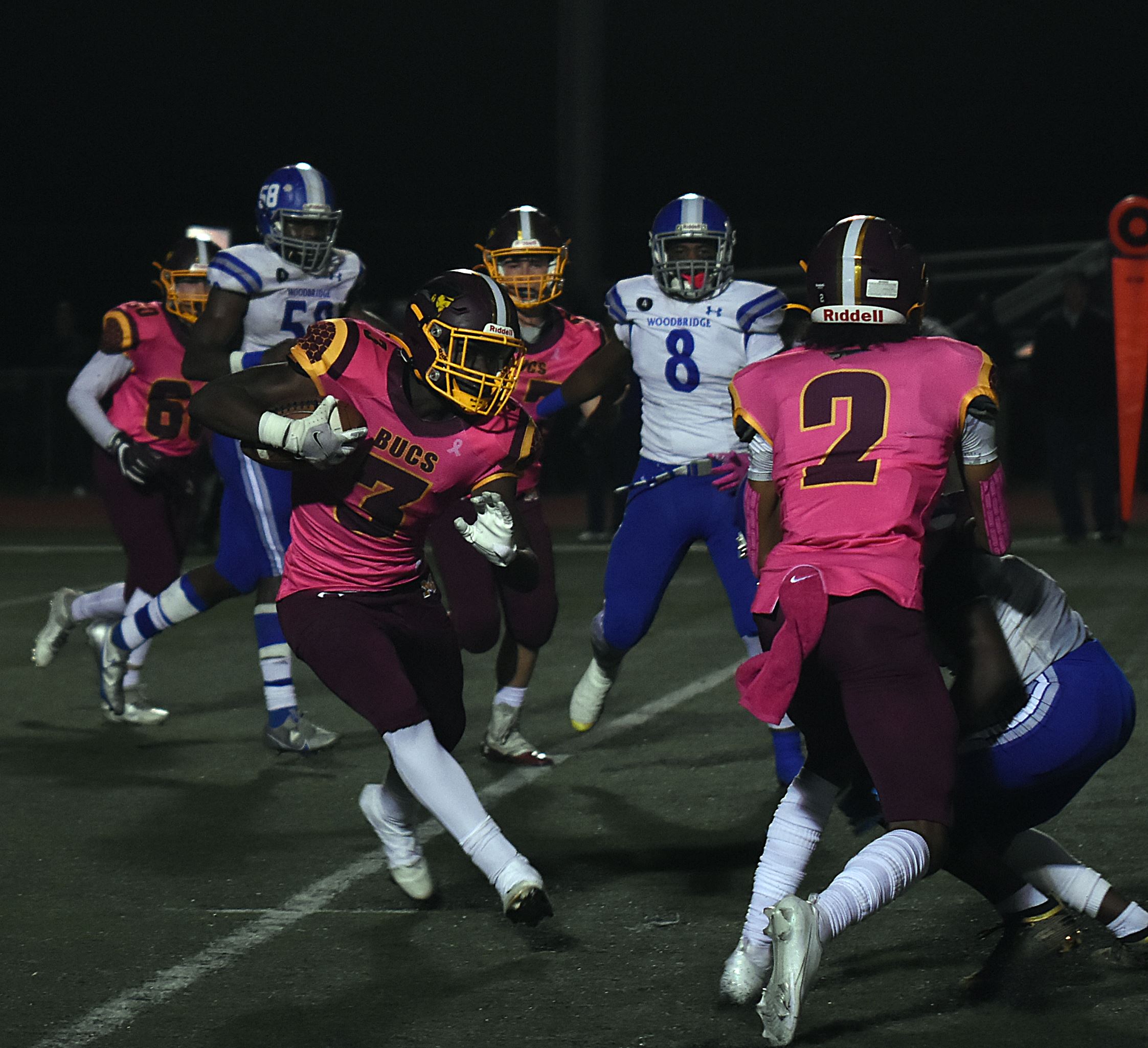 The second half would be a completely different story for Milford however, as Woodbridge came out in the “earthquake” package. Basically, it is a version of the Wildcat offense, with big personnel at every position. It didn’t take long for Woodbridge to flex its muscles, as on its first offensive play of the second half, sophomore Kenny Newton raced 48 yards to level the game at 6-6.

Woodbridge would not stop there however, as it kept on pounding the Milford defense into submission. On its next offensive play, the Raiders would pass out of the formation, with Newton hauling in a 32-yard floater as he was uncovered on the play. Newton would also convert the two-point conversion giving Woodbridge a 14-6 lead. It would also be Newton who would close out the game’s scoring, this time turning in a spectacular 49-yard run. “We knew that they would go to their big package at some point, we had practiced for it, but just simply didn’t execute. With our offense unable to gain any traction in the second half, we really didn’t stand a chance. We really dropped our heads after they scored their first touchdown, that should never happen. It was quite simply a bad half of football for us in every aspect of the game, we all own this one,” Strickland stated.

All is not lost however, as Milford faces a crucial test at Sussex Tech Friday. A win gives it two wins in the division, which would probably get MHS into the State Tournament, as the division’s fourth seed. “Even after all the things we did wrong tonight, we are still in it. It is up to us as a team to come together and make it happen. Make no mistake about it, the season is on the line this Friday and it is up to us to respond,” Strickland concluded.