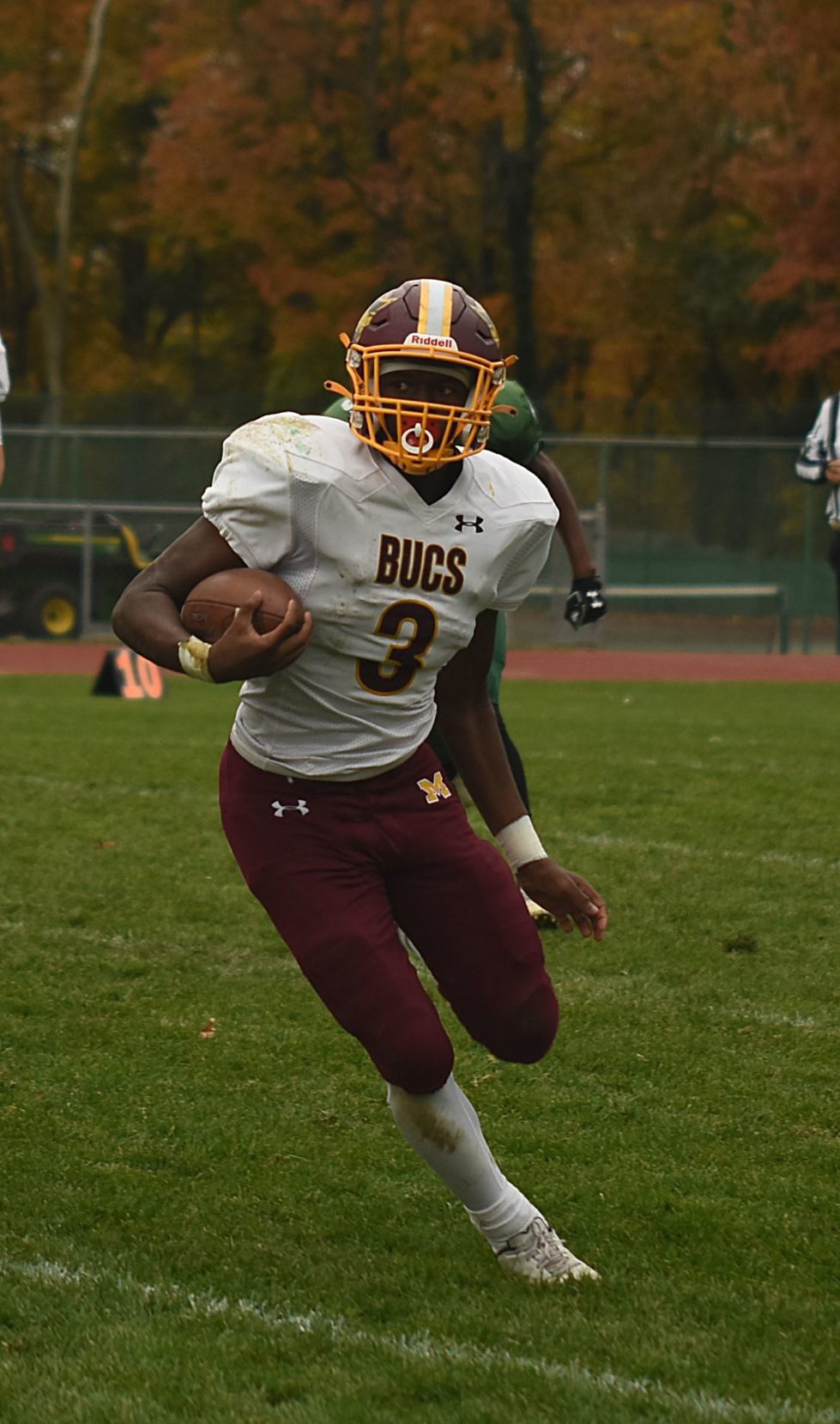 It was not the way the Milford football team wanted their season to end. However, at the end of it all the game was a microcosm of the recently completed 3-6 season. While there were opportunities, there were mistakes from this mostly young group of Buccaneers. The offense was inconsistent and somehow always seemed to make a mistake at a crucial moment. While the defense faired well in the first half, creating four turnovers. There were times when their lack of experience was on display as well “We knew that this season was going to be an adventure heading into the season, so we just played the best we could.” Coach Shaun Strickland continued “After last year, it was good to get almost all of our games in and we have some younger players that really got some good playing time and proved that they are going to be leaders for this team going forward.”

At the beginning of the contest, Milford looked as if they were ready to play, as the defense held Mount to a three-and-out on the games first series. Milford would find themselves setting up shop on their own 13-yard line on their initial possession. The offense was held in check by a stout Green Knight’s defense who would be tough all day. With Milford forced to punt, Mount found themselves setting up shop at the Milford 45-yard line.

Mount wasted little time marching down the field, running mostly to the outside, with the Milford defense unable to set the edge. Even on times when they were able to force the play back inside, there were a few missed tackles and assignments that always seemed to lead to a positive outcome for the Green Knight’s “You have to give them credit [Mount Pleasant] they really controlled the line of scrimmage today. They are a very tough team and showed it today. On the other hand, I come back to the fact that this season has been a learning experience for our younger guys.” Coach Strickland said. The 45-yard drive would culminate on an eight-yard touchdown pass for Mount, gaining the lead at 7-0, with 6:24 remaining in the first quarter, which they would never relinquish.

Unfortunately, Milford could only gain one first down on the ensuing series and was forced to punt. Once again Milford forced a turnover, and once again could not move the ball, this time it was a false start penalty on third and short, which doomed them. The Buccaneers would punt to Mount and this time, the hosts would take advantage of their opportunity. Moving down the field quickly and capping off the drive with a 29-yard touchdown run, which would give Mount the 14-0 lead they would take into the locker room.

Unfortunately, things did not improve in the second half for Milford as on their very first possession of the second half, a deep pass would go through the hands of two Milford defenders, into the waiting arms of Mount junior James Simmons, for his second touchdown of the game “It is plays like that which we have to make. That should have been an interception for us, but instead it turns into an 82-yard touchdown catch.” Strickland said.

It would be all downhill from their as Mount took control of the game, scoring 20 unanswered points in the third quarter and another in the fourth. Milford would finally get on the board in the closing minutes as Aaron Sivels would take it in from 35 yards, gaining his final touchdown as a Buccaneer.

While finishing 3-6 was not what the Bucs wanted, they are hopeful that the experience the younger players gained this year, will payoff next season “We had a lot of juniors, sophomores out there this year and they gained a lot of experience. I think with a solid off-season in the weight room, we can be competitive next year.” Strickland concluded.