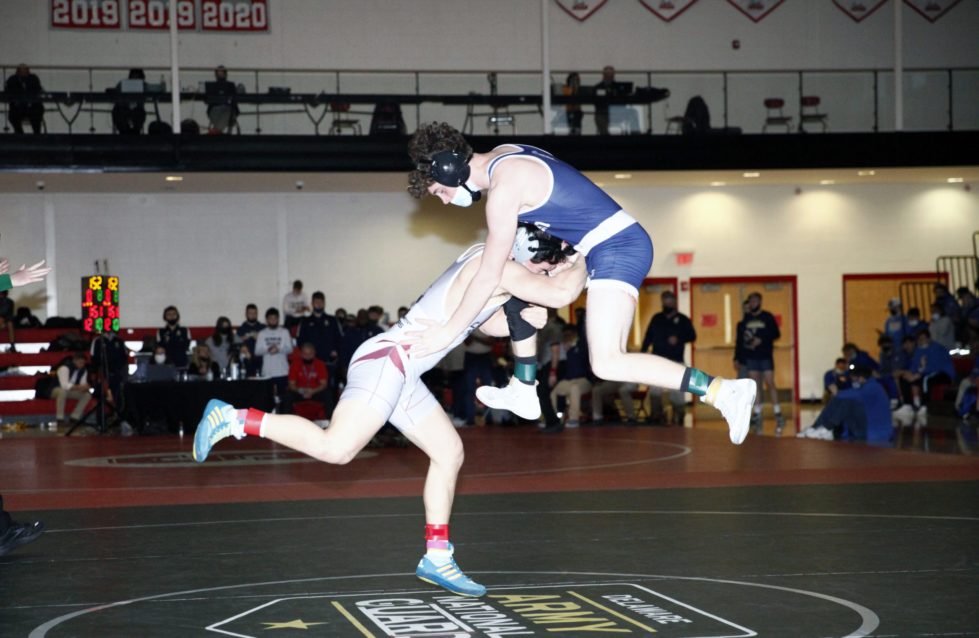 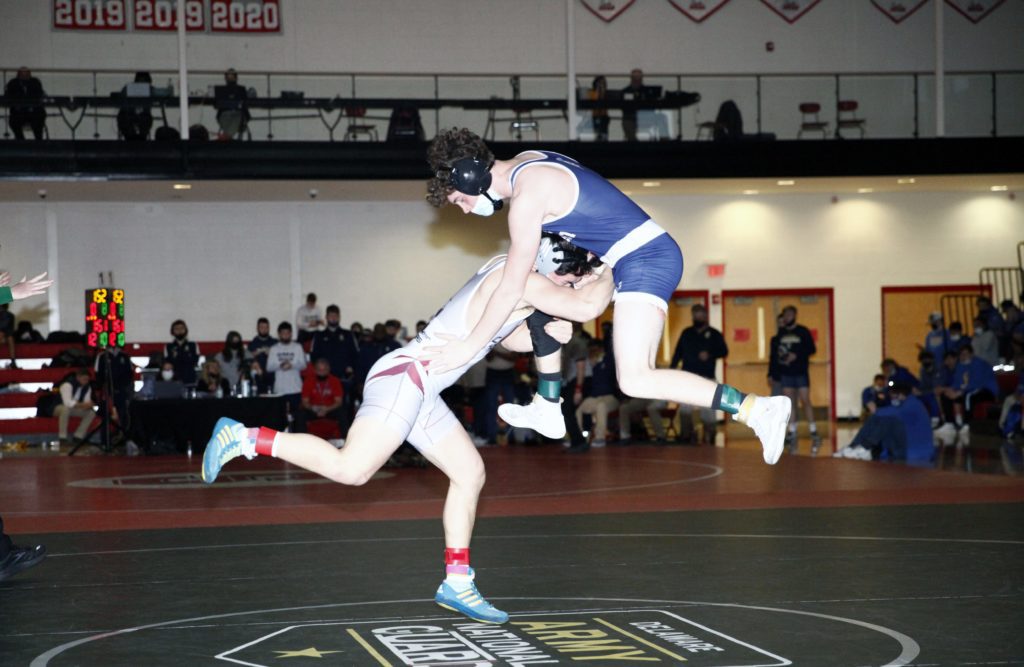 Smyrna – Caravel Academy head coach Mike Welch said he was excited to get back to the state duals and have the crowds back in the gym. The two time defending Division II state champions rolled through Lake Forest recording 11 pins as they defeated the Spartans 75-6.

“We didn’t have the duals last year so the kids are excited and our semi-finals after the exciting Division I semi’s had the crowd excited. It’s like bringing all the excitement back,” Welch said.

The Spartans’ Abdullah Ahmad-Statts recorded a pin over Jordan Miller at 145 pound to avoid a shutout.

The Bucs ended the match with three more pins from Ky’Shwn Drumgo (285), Clif Bakhsh (106) and Eddie Radecki (113) advancing Caravel Academy to the Division II state finals with a 75-6 victory.

“We are hoping to carry the same intensity into the finals tonight,” Welch said.