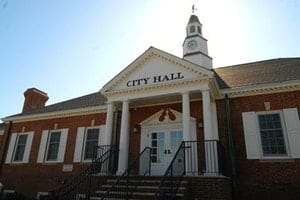 Milford City Council, at a workshop held Monday, July 12, heard from Lou Vitola, Finance Director, about the funds provided from the American Rescue Act. The funds are designed to support municipalities mee the demands and needs created by the COVID-19 pandemic.

“The funds were allocated to the state and then reallocated to local governments by the state,” Vitola said. “Milford will receive $6.34 million in two installments. The first was received in June 2021 in the amount of $3.17 million with the remaining $3.17 million expected in June 2022. The fund has four main eligibility uses. It can be used for public health and economic impacts, premium pay, revenue loss or investments in infrastructure.”

The public health initiative addresses the negative impacts of COVID-19 on health, mental health, the economy and businesses. Vitola explained it is designed to address areas where the virus has negatively impacted the ability of necessary services to function. Milford used about $150,000 of the funds to support the Police Behavior Health Unit. Milford did not use any of the funds for premium pay which is designed to provide compensation to essential workers for extra hours, increased risk and workload. That portion of the fund cannot be used to substitute for regular earnings but as an added bonus.

“As for revenue losses, we hope to use about $200,000 to cover revenue shortfalls,” Vitola said. “This would be for things like Parks & Recreation programs that had to be shelved or to offset lost receipts in Planning and Zoning. We are not allowed to deposit the funds in pension, nor can we offset a reduction in tax revenue. For example, council could not purposely reduce taxes in order to use these funds.”

As for infrastructure, Vitola explained that they were using $4.25 million with the primary focus lead line replacement. With these expenditures, Vitola stated that the city still had about $1.3 million that could still be used for community support initiatives as well as broadband expansion.

“Why isn’t there any discussion about putting that toward the police,’ Councilman Doug Morrow asked. “You know for retention, police cars, that kind of thing.”

Vitola stated that the funds could not be used to purchase police cars. One area that would benefit the police is the $89,000 in lost revenue placed in the General Fund as any funds placed there benefit the entire city. Councilman Andy Fulton asked if funds were being used to support the fire company and Vitola stated that the $140,000 granted to Carlisle would come from ARPA funds.

“As the guidance developed and became more transparent through our budgeting process, I wonder if we could have reached for more to help our police department,” Councilman Jason James said. “At least for the Behavioral Health Unit. I think this is going to become a full-time, fully engaged house specialist, so is there an opportunity now to use funds from this to fill that position?”

Vitola stated that it was possible to use ARPA funding for that purpose but was not sure if knowing more sooner would have changed anything. He did caution that ARPA funds would only be available through 2024 and that anything approved now would need to be sustained on its own starting in 2025. Councilman James also asked if there was a possibility that the city could create a fund using ARPA to help citizens who simply cannot afford to fix their sidewalks or pay their electricity.

“That sort of thing appears to be permitted under the guidelines,” Vitola said. “The city an provide funding from ARPA for a homeowner who cannot afford to repair them, but the funds cannot be used for the city to repair or install sidewalks.”

Councilman Todd Culotta asked if this was an opportunity for the city to establish its own broadband service similar to the electric service. Councilman Culotta felt this was something the city should look into seriously as it could also entice businesses to the area.

“The way I understand it, yes,” Vitola said. “Right now, we have one provider, and we may want to step into offering broadband capability. One focus could be on underserved areas of the community.”

Mayor Archie Campbell asked how the city would manage assistance with electric, sidewalks and rent using ARPA funds and Vitola explained it would be handled by a third party.