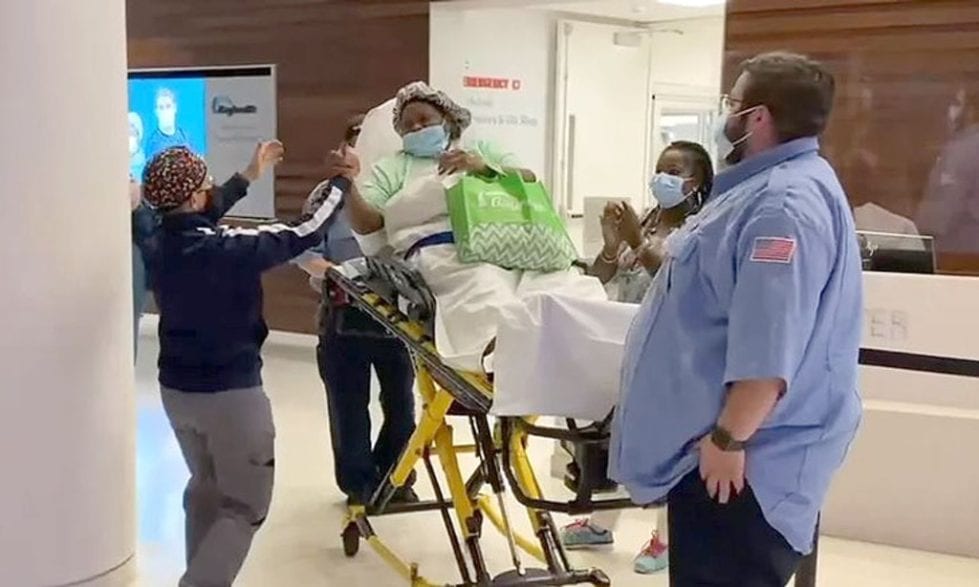 The caregivers and staff at Bayhealth Hospital, Sussex Campus recently filled the lobby to celebrate as a patient who spent more than seven months in the hospital battling COVID-19 was transferred to the next stage of her recovery.

In early April 2020, Carolyn Watson of Ellendale arrived at Bayhealth Emergency and Trauma Center, Sussex Campus—but she doesn’t remember it.

“My friend said he carried me into the emergency department here [Bayhealth Hospital, Sussex Campus] because I said I couldn’t breathe. I don’t remember anything,” said Watson.

Watson was quickly evaluated and moved to the Intensive Care Unit (ICU). The care team, including Intensivists Venkata Ravi Kumar Angirekula, MD and Simran Kaur Matta, MD placed Watson on a ventilator and cared for her as the machine delivered oxygen to her body while she was unable to breathe on her own. Watson was on a ventilator for 97 days. Due to the complexity of her COVID-19 case, Watson was treated by nearly every clinical team in the building. There were times when her caregivers feared for the worst. 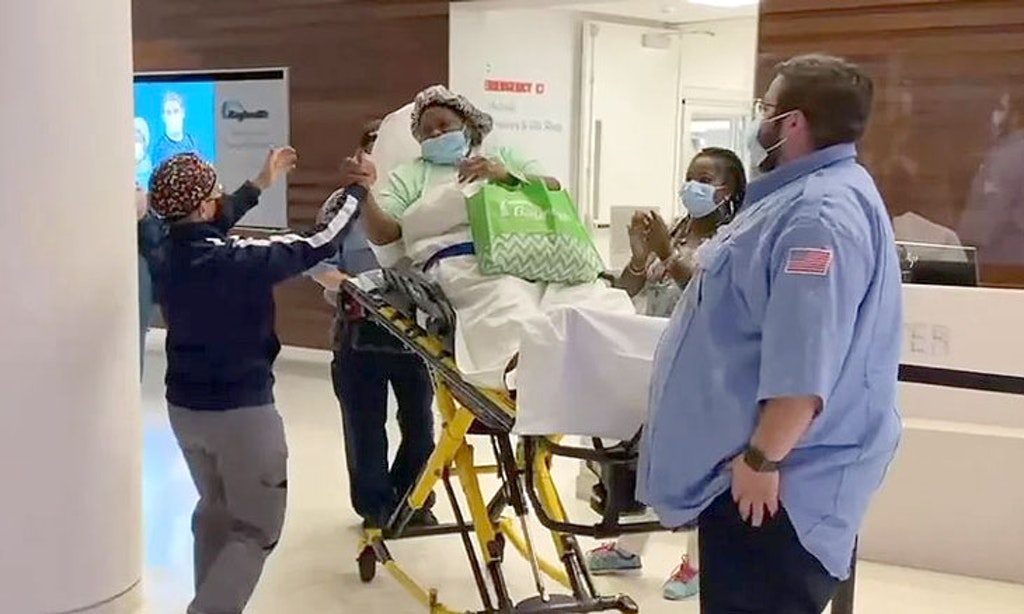 “We thought we were going to lose her,” said Bayhealth Respiratory Therapy Navigator Elizabeth Hurley, who worked closely with Watson throughout her seven-month stay. “I came down when she was being released to watch her leave and we both cried.”

Hurley and the other members of Watson’s care team say she had a remarkably strong will to live. Even when she was unable to speak at times, due to a tracheostomy (trach) tube, Watson conveyed determination and gratitude through her body language.

“I could see despite everything she had been through, she still had hope. All she wanted to do was go home and be with her nephew. She always had a sense of humor even though, at times, her situation was very grim,” said Hurley.

“She had this way to connect with everybody that walked into her room to care for her,” said Bayhealth Physical Therapist Maria Campos. “You could see it in her eyes or feel it with a squeeze of your hand. And then, she realized you could read her lips! She struggled so hard to be understood and to be heard. I realized she wanted to fight. And I said, ‘I’m going to be by her side in the ring helping her fight.’”

Campos was part of the Bayhealth care team that worked with Watson on rebuilding some of her basic range of motion skills, such as standing and eventually learning to walk again. She says after being on the ventilator for so long, Watson’s body was very weak.

“I’ve been a therapist for almost 37 years and there are people that stick out in your memory bank. Through the good and the bad, she was a fighter. She was a rock star in my book. She was someone who would not quit. She was witty. She was smart. She simply never gave up,” said Campos.

Watson lost more than 100 pounds over the seven months she was hospitalized. She was on dialysis three days a week. “I have had an adventure here, but the nurses were good to me. The nightshift was great too. Every day, with their care, I slowly began to return to normal. I told my friends not to cry, that I would be alright.” said Watson.

“It was everybody’s project to make sure she got out of here. To make sure she got well enough to be back to some normalcy and enjoying life,” said Campos. “Often, I would walk into her room and she’d be facing the window with her eyes closed to feel the sun on her face. She’d put her hand on the window to feel the warmth. She would say, ‘Do you know how long it’s been since I’ve heard a dog bark? Don’t ever take the little things like sitting on your porch for granted.’”

As she prepared to leave Bayhealth Hospital, Sussex Campus after more than 200 days, Watson acknowledged she still had a long road to recovery, “everything is going to be different. I have to pick myself up and start again. I can’t wait to get in my car, which I call Lucy, and just ride. But I know it’s going to be awhile. God was with me, he had to be, because I never would have survived if it wasn’t for him.”

Watson touched many lives throughout her stay at the hospital, and as cases continue to climb, happy endings such as these give Bayhealth frontline workers hope and strength to continue their task of caring for patients through this pandemic.