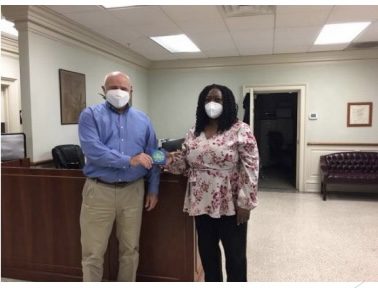 In 2018, the City of Milford began an Excellence Award Program, establishing the Reward and Recognition Committee. The committee accepts submissions from staff that are then used to recognize those employees for performance above and beyond their regular duties Winners are able to choose either an Amazon or Walmart gift card in the amount of $50. At a recent City Council meeting, employees who received the Excellence Award were recognized. 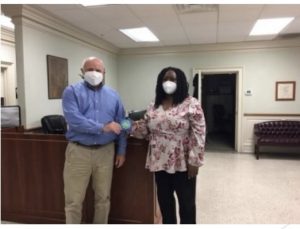 Katrina Wilson was recognized for going above and beyond for the police referendum.

“Katrina will be with the city eight years on December 23,” Jamesha Williams, Human Resources Director said. “She reports to the City Clerk, Terri Hudson. Katrina won the Excellence Award for her preparation in the mailing of 2,400 letters, even coming in on Saturday, for the police referendum on January 26. She fielded election questions, handled non-stop voter registrations and made sure all the items were delivered to Public Works before 7 AM the day of the election.” 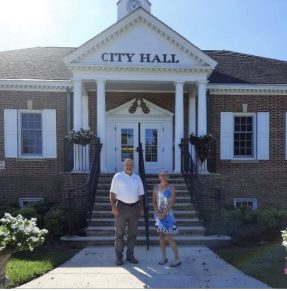 The second recognition was Sandra Peck, an accountant with the city who has been employed for three years. She reports to Lou Vitola, Finance Director. Sandra was recognized for her hard work in the execution of the FY2022 Capital Improvement Plan and operating budget. Both were approved unanimously by City Council as an attest to the importance of Sandra’s role in the process.

“I appreciate the recognition and my coworkers on the committee for recognizing the work on the budget,” Peck said. 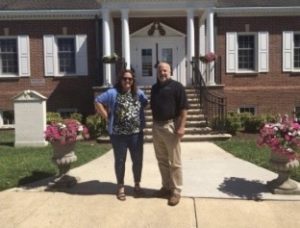 Victoria Love, a Billing Clerk I who reports to Cash Operations and Revenue Supervisor for Customer Service Suzannah Frederick, was recognized after the city received a lengthy letter from the comptroller of a developer for Winward on the River.

“They expressed their gratitude and appreciation for her effective communication and making sure everything was properly set up which made life easier for everyone,” Williams said. 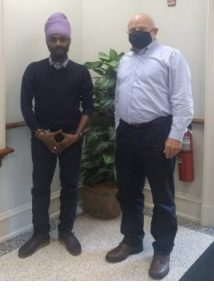 Denham Dodd, an IT tech with the city, was recently recognized for his work with the Customer Service Department

The final recognition was for Denham Dodd, a network technician who reports to the IT Director Dale Matthews. Dodd has only been with the city for six months.

“Denham was recognized twice as we actually received two submissions for him for exhibiting performance excellence, teamwork, productivity and efficiency with the system in the Customer Service Division with software and outages,” Williams said. “I think there were some issues with training and bills and all those things and Denham set up to help them. He’s been doing a great job since he’s been here with the city.”