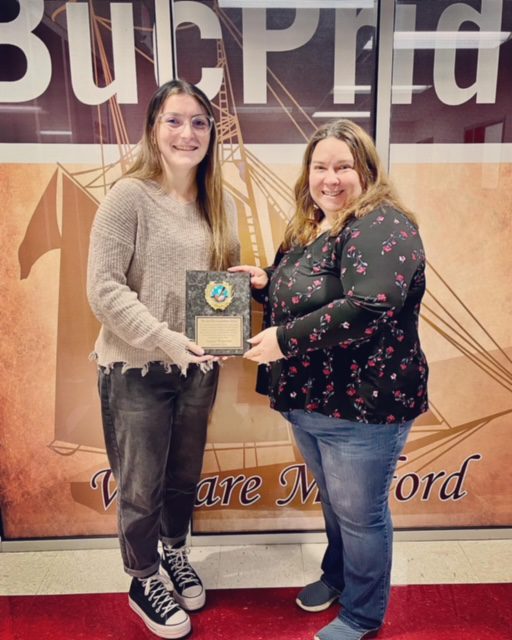 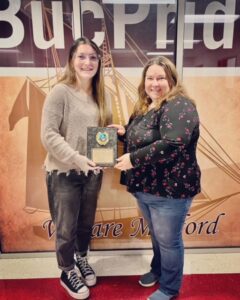 The Milford School District Field Hockey team recently renamed their outstanding leadership award. The award will now be known as the Jan Ellis Leadership Award after the team’s long time coach who passed away in January 2022.

“I am beyond proud and grateful for naming this leadership award after Mom,” Gayle Parola, her daughter, said. “She would be very humbled by the recognition.”

Ellis was Milford’s field hockey coach for many years and led the 1996 team to Milford’s only state championship in field hockey. She was also a strong supporter of girl’s sports, fighting for their right to participate in high school sports and protecting them from discrimination.

The Jan Ellis Leadership award is given to a player who’s leadership will have an impact on this team beyond the 2022 season.

Parola presented the award to Layna Reynolds on December 15.