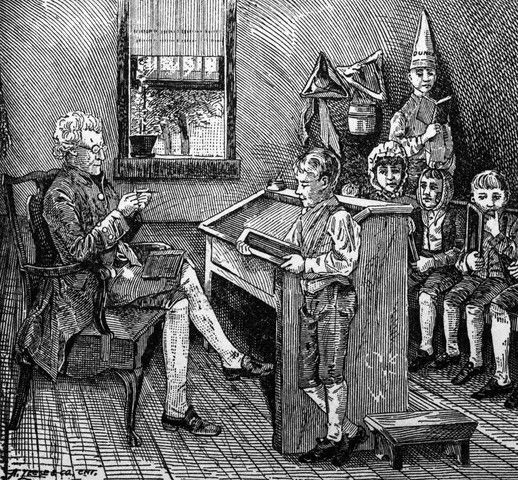 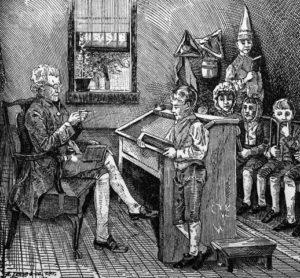 As the Great American experiment continues to explore what works in education for communities, parents and their children across the 50 states, one fact is certain: Education is a critical component of our society.

The Founding Fathers agreed on the impact education has on the collective good.

George Washington explains: “Virtue or morality is a necessary spring of popular government… Promote then as an object of primary importance, Institutions for the general diffusion of knowledge. In proportion as the structure of a government gives force to public opinion, it is essential that public opinion should be enlightened.” (Farewell Address, 1796)

The first president emphasizes here that in a democratic government like ours that is led by the people, a strong focus on education promotes knowledge and understanding, which are in turn tantamount to maintaining a virtuous and moral country.

Benjamin Franklin presented a similar but more extreme argument on the importance of education when he wrote in his “Poor Richards Almanack” that “all our lives depend” on it.

We can all agree on the importance of education as an incredibly important societal tool. But what is much more difficult to find agreement on is how to use it.

From curriculum choice to varying school policy across the states and their many different communities, we are not singular in our beliefs when it comes to education.

And that’s okay. The “one size fits all” model doesn’t work for everything, education included. 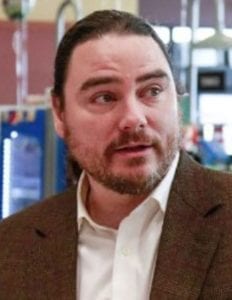 We see it in the news often. Communities upset with sweeping policy decisions made at the school board level. Parents questioning curricula and reading choices on any number of merits.

As people debate on education policy, the surrounding dialogue, discourse and dissent are all forms of positive civic engagement towards an education system that truly reflects the values of its people.

The Founding Fathers believed education to be a morally imperative project in that they understood the key goal of education to be producing a more virtuous–and thereby successful society.

Thomas Jefferson wrote to John Adams in 1819, “No government can continue good but under the control of the people; and … their minds are to be informed by education what is right and what wrong; to be encouraged in habits of virtue and to be deterred from those of vice … These are the inculcations necessary to render the people a sure basis for the structure and order of government.”

John Madison echoed the importance of teaching and promoting virtue during a speech in the 1788 Virginia Ratifying Convention.

“To suppose that any form of government will secure liberty or happiness without any virtue in the people, is a chimerical [imaginary] idea,” he said.

“Wisdom and knowledge, as well as virtue, diffused generally among the body of the people, being necessary for the preservation of their rights and liberties,” he wrote in “Thoughts on Government” in 1776.

Education is an act of instilling into the next generation the virtues we believe in as a society.

To the goal of promoting a virtuous society that is truly governed by its knowledgeable people, it is important that education in our communities and schools reflects the values of the people in those communities.

The intrinsic beauty of our nation is that if there is something you disagree with, you have the voice and the power to speak on it in order to affect positive change. If we want new policy or you want to defend an existing one, we have got to be civically engaged.

What does that mean in education?

Digest the issues. Go to your local school board meetings. Speak out. Say your part and be heard. Don’t be afraid to use your voice. Our government exists to serve the people. Your local, state and national school policymakers are no different.

As Thomas Jefferson wrote to Edward Tiffin in 1801, “That government is the strongest of which every man feels himself a part.”

Chris Kenny is the founder of Delaware Live. His Founder’s Folio columns explores current events and modern issues in historical context and with respect to those who helped build America: The Founding Fathers. Follow Kenny on social media or read his personal blog The Sword in the Stone on ChrisLKenny.com.