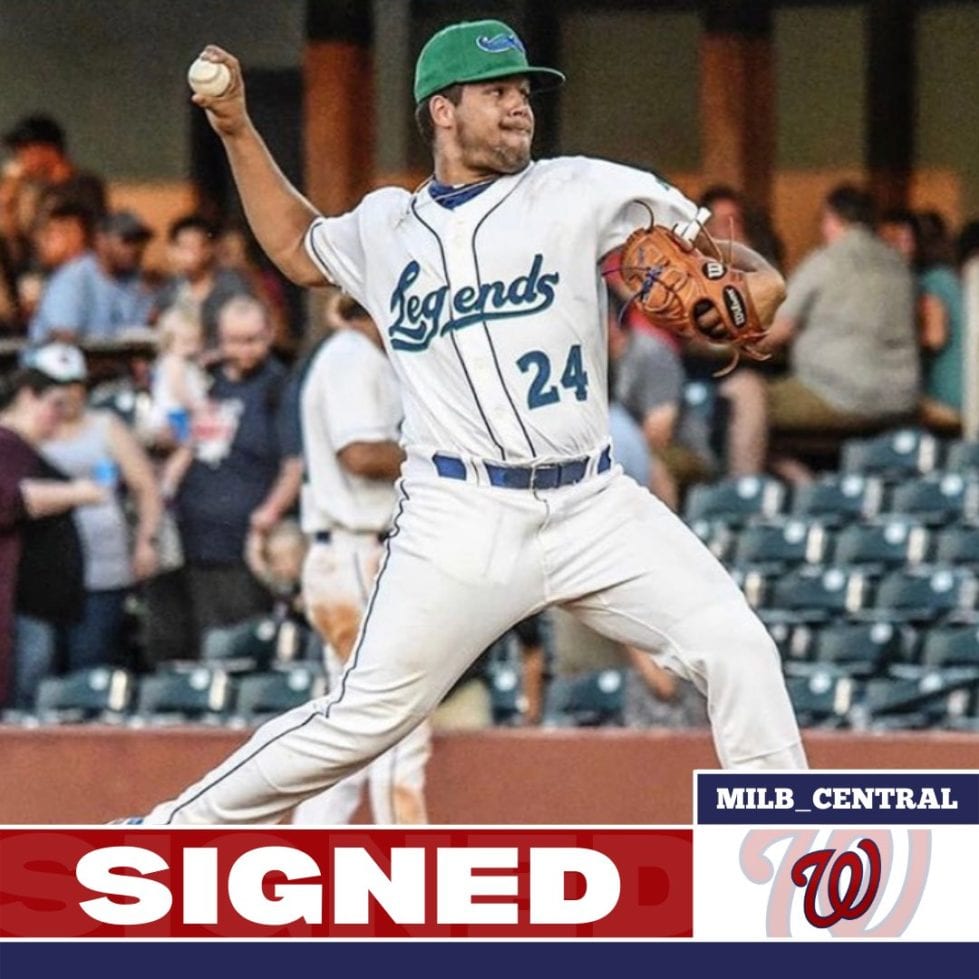 Hinton, a former 16th round pick for the Kansas City Royals in the 2018 MLB Draft, returned to his hometown Wilmington Blue Rocks this week.

“I grew up going to a lot of Blue Rocks games,” he said. “I’m grateful for the opportunity to be with the Blue Rocks with two different organizations.”

After recording a 3.28 career ERA in his first two professional seasons, over 90.2 innings, Hinton, much like a ton of minor leaguers, was left off an affiliated roster in 2020 due to the restrictions of the Covid-19 pandemic.

This year, he found early season success with the Southern Illinois Miners, a member of the Frontier League.  While with the Miners, Hinton struck out 17 batters, with a 1.86 ERA over 9.2 innings in 8 appearances.

Clearly the stuff is still present post-pandemic and the Nationals struck a deal with Hinton.

Looking a little deeper into Hinton’s two-year stint in the Royals farm system, Hinton shows potential as a nice back end of the bullpen prospect. In 2018, he struck out 46 batters over 30.2 innings and saved six ball games in seven opportunities while in rookie ball.

Batters only hit .189 and he flashed a nice 1.27 WHIP (baserunners per innings pitched).  That performance got Hinton promoted to Wilmington by the end of his draft year.

In 2019, the right-handed hurler saw his first full season in professional baseball for the Lexington Legends, single-A affiliate of the Royals. Hinton pitched 58 innings of relief over 36 appearances.

Once again, batters struggled to put hits together off the righty, posting only a .185 batting average against.  Hinton struck out 60 batters opposed to only letting up 38 hits. He did suffer from some shoddy defense, as he allowed 12 unearned runs throughout the year.

Hinton appeared in his first game this week for the Blue Rocks, allowing four runs in 0.2 innings.  However, Hinton and the Blue Rocks will look to bounce back this week at Hudson Valley.

“It’s awesome getting to come back home and play in front of family and friends especially now because my wife is pregnant,” he said. “So I get to  be home with her through that.”