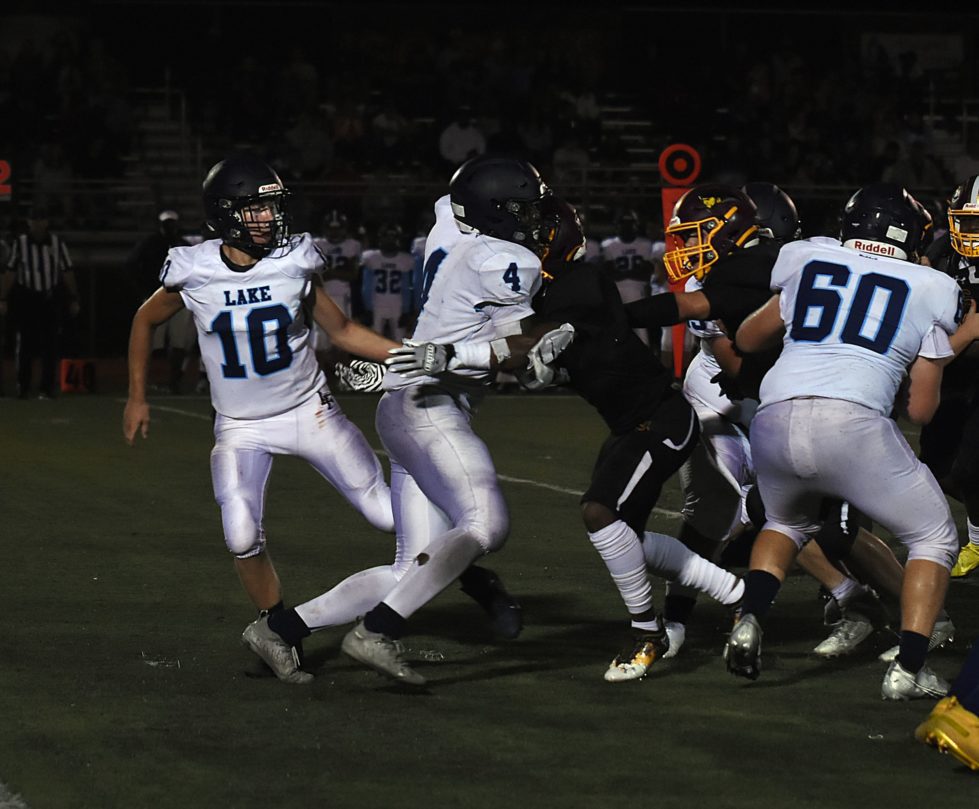 It was all coming to an end now; the Milford defense knew what was coming and it was powerless to stop it. Play after play the visiting Lake Forest Spartans kept on pounding the ball against a wilting Buccaneer defense. Any hope of a Milford comeback had long since evaporated, it was simply trying to get the ball back and have one more chance to score. In the end, the Buccaneers could do nothing about it, finding themselves on the wrong end of a 28-18 score, in a game that was probably bound to happen for Milford this season. It was simply flat most of the time and on the rare occasion the offense did move the ball, Lake would either make a play or Milford would make a mistake.

The feeling in the stadium prior to kickoff felt pensive, with most people in attendance not knowing what Milford was made of. After the previous week’s game, where Milford had to rally from behind after sleepwalking for most of the first half, everyone knew a slow start would doom them against an up-and-coming Spartan team. On the game’s opening series, Lake would drive the ball into Milford territory, mostly via a punishing ground game led by junior Calif Spencer. The Lake game plan was simple, see if you can stop him, and for most of the game Milford could not. It seemed as if every time Spencer touched the ball, he would gain anywhere from four to seven yards. “Spencer is a very special player and a lot of fun to watch, he is like a battering ram out there,” Bucs coach Shaun Strickland continued “At the same time however, when we had chances to make plays we didn’t, and that is how you lose football games.”

Milford would stiffen on the game’s first series, only to find itself pinned at its five-yard line. It was at this point that the Bucs turned in their best play of the game on offense, as senior Aaron Sivels was able to turn the corner and sprint 95 yards down the field, untouched. A failed two-point conversion attempt would give Milford a 6-0 advantage with 7:13 remaining in the first quarter. It would be the last time the Buccaneers led in the game.

On the ensuing drive, Lake would give Milford a taste of what it was in for, driving 60 yards in just over four minutes, with Spencer capping the drive on a 14-yard touchdown run. On the drive, the Milford defense had several chances to get off the field, but some good plays by Lake and some bad plays by MHS contributed to the scoring drive, during which Lake Forest’s sophomore quarterback made some key plays. “When you have a team in third and long, you need to get off the field. We made a few mistakes in coverage and they came back to bite us,” Strickland said. A failed two-point conversion would square the game at 6-6.

It was at this point that the Milford mistakes began to really rear their ugly head. Poor blocking, missed opportunities and finally a 68-yard Lake Forest interception return deep into Milford territory. With Spencer plowing through the Milford defense again, putting Lake in the lead 12-6. Whether it was miscommunication or just an overthrow, it really didn’t matter, what mattered on the play was the reaction of the Milford receiver, who simply stopped and watched the Lake defender catch the ball and return it the other way. “It’s ok to make mistakes, we all do from time to time. But we simply can’t give up on plays, that’s not we are supposed to do, we should never be giving up on a play,” Strickland said.

Things would go from bad to worse for Milford as it fumbled the ball on the ensuing drive deep inside its territory, with Spencer getting his third touchdown of the half, with just under 10 minutes remaining in the first half.

Sivels would score his second touchdown of the game from 19 yards out, following a 40-yard punt return by Jordan Norman, late in the half. With Milford’s failed two-point attempt, the teams would head into the locker room with Lake up 20-12.

With Milford starting the second half with possession, there was cause for optimism. That would be short-lived however, as the Lake defense did not allow Milford to move the ball. Lake would respond with another time-consuming drive, with freshman running back Ayden Young taking it in from 30 yards out, to make the score 28-12 with under a minute remaining in the third quarter.

The Buc’s final gasp would be a one-yard quarterback sneak from senior Shawn Saxon, but another failed two-point attempt would ensure the game’s final tally of 28-18.

With the loss, Milford drops to 2-1 on the season, but more importantly 0-1 in 2A District III, which contains powerful teams like Woodbridge, Sussex Tech, Caravel, and this week – Delmar. There is little doubt the Bucs will have to rebound quickly, or the season can start slipping away fast. “We have to start playing like we are capable of, we have a very good Delmar team coming in here this week and if we play like this again, they are going to mop the floor with us,” Strickland concluded. 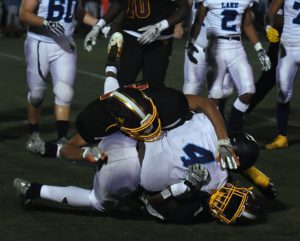 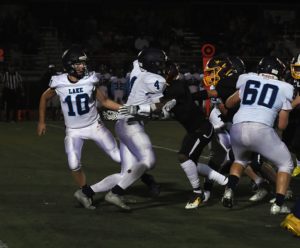 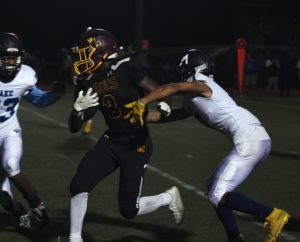 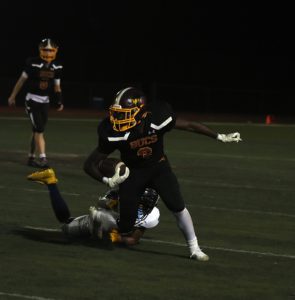 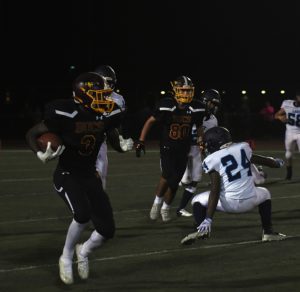 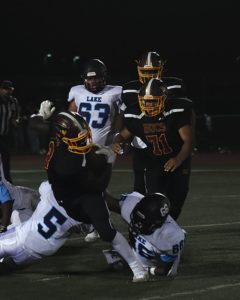 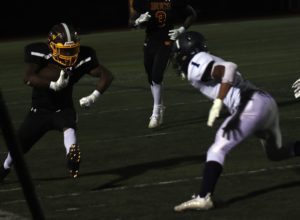 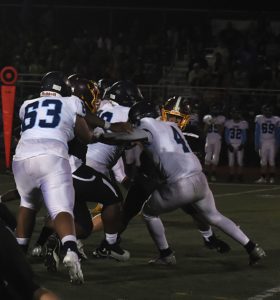 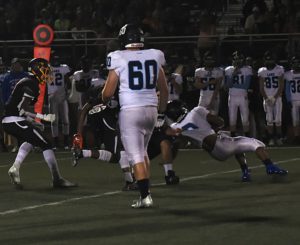 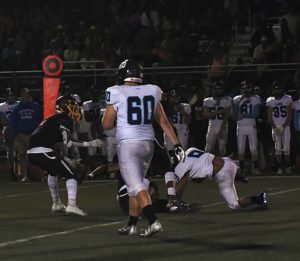 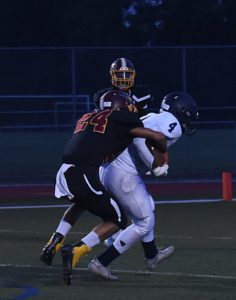 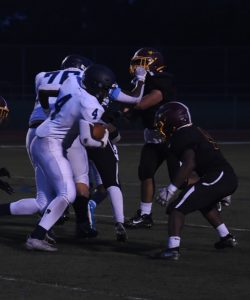 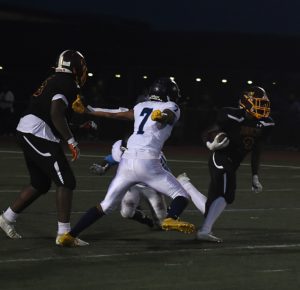 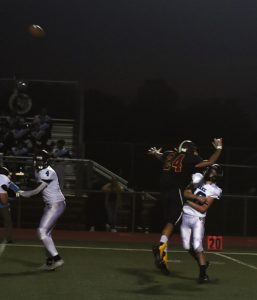 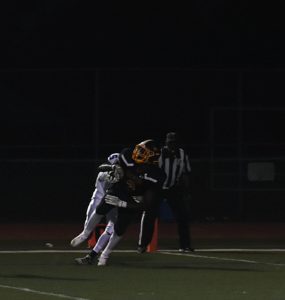 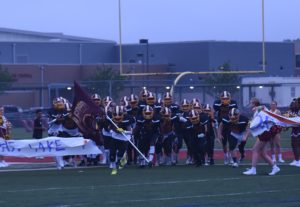 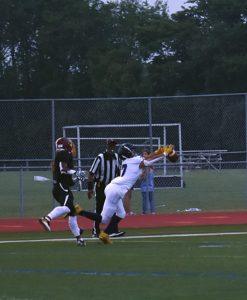 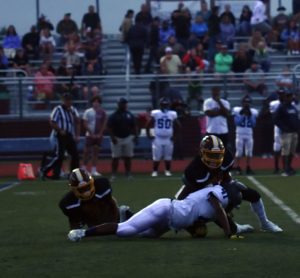