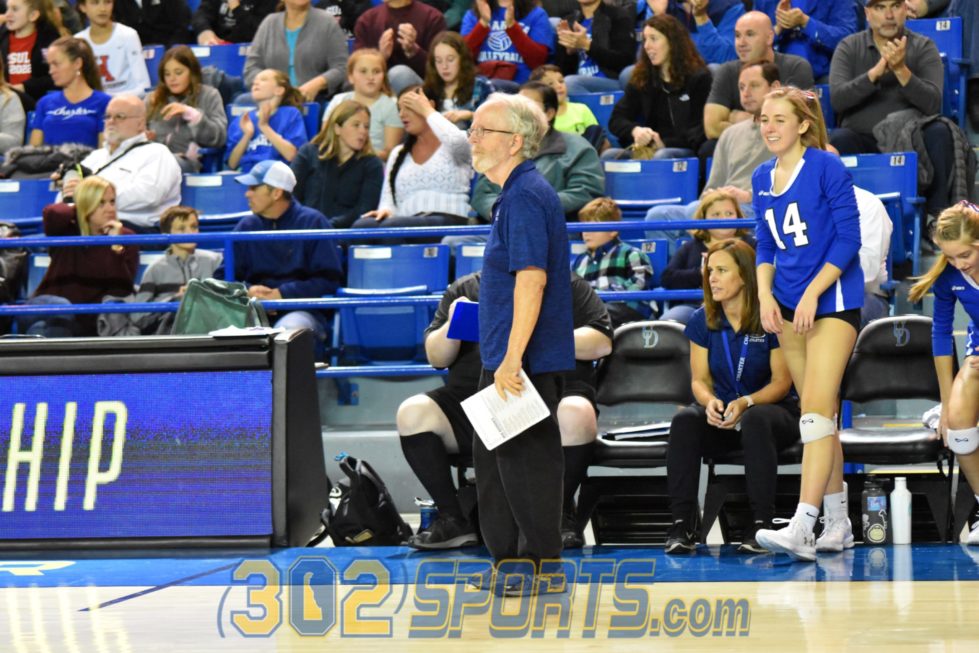 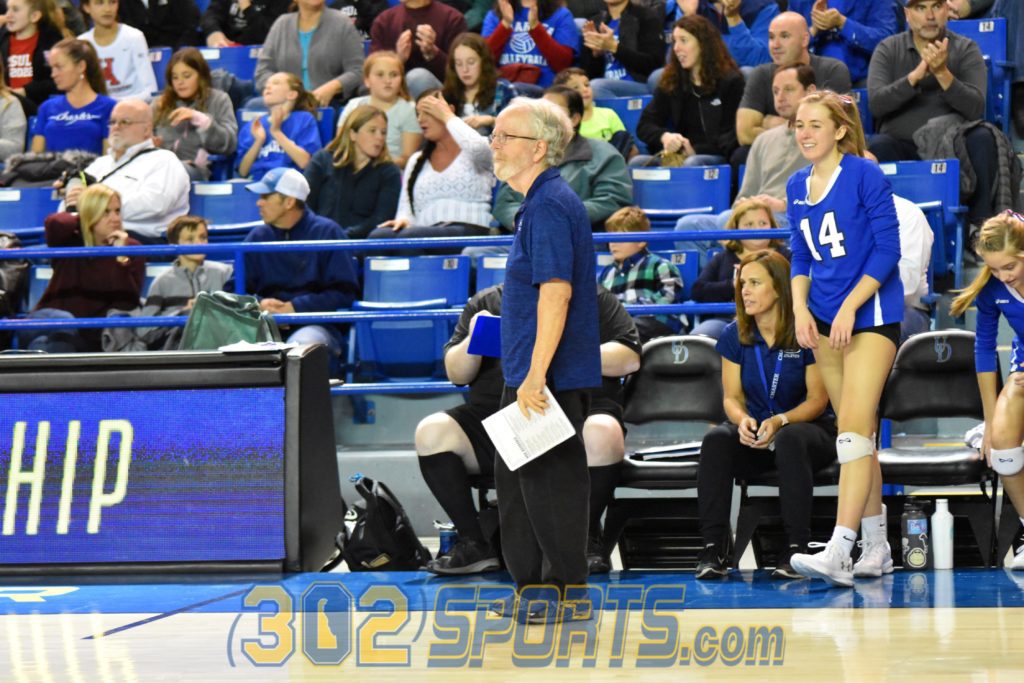 When the 2022 Delaware high school volleyball season rolls around next summer, one familiar face isn’t sure how he’s going to feel.

“I’m happy watching the Big 10 on TV. I’ll know how bad next August is, how bad I miss it, though,” said Dave Stover, who just wrapped up a 37-year career as one of the most successful scholastic coaches in First State history.

Stover retired from teaching at the end of the 2020-21 academic year. He spent a combined 40 years as a physics instructor at Saint Mark’s High School and the Charter School of Wilmington. He said he missed being in the classroom this year, but for other reasons he decided it was time to step down from teaching. He decided to stick around for one more season of volleyball at Charter for a simple reason.

His first high school coaching job was at Saint Mark’s, where he spent 13 seasons and led the program to its first three state championships, in 1985, 1995 and 1996. The ’85 team was inducted into the Saint Mark’s Athletic Hall of Fame earlier this fall, and several members of that squad were on hand to be honored. Stover said seeing those women was a reminder of why he got into teaching and coaching.

“Like I told the ’85 team when we were inducted into the hall of fame, I said, ‘I was proud of you then, but I’m more proud of you now because you’ve grown into strong, independent women. You balance careers and raising kids and relationships, and you’ve done really well.’ That’s the big thing,” he said.

His final match with the Spartans was a 2-1 loss to Ursuline in the 1997 state championship, “and that broke, like, a 45-match winning streak.” The Raiders, of course, were coached by Sue Heiss, another state volleyball legend who retired after this season.

He moved to a new school, Charter School of Wilmington, and spent 24 years at the helm there. Stover said he knew what he was getting into building a program from the ground up.

He put together a tough schedule for the Force during that first season, playing all of the state’s heavyweights, because he wanted his players “to see what good volleyball looked like.” To their credit, they missed the state tournament by one win, losing their final match in three sets, including 16-14 in the final set.

Since then, Wilmington Charter has been a tournament regular. Stover’s teams have reached the final twice, losing to Archmere in 2014, then defeating the Auks in 2018 for the coach’s fourth state title.

He is also proud of the academic achievements of his players. The American Volleyball Coaches Association gives out academic awards each year, and Wilmington Charter’s players have been recipients nearly every year of the past 20.

Stover has seen the game progress over the last four decades. When he started, very few girls played club volleyball, so there was more emphasis on basic skills. Today, they have the skills, but sometimes that comes with a downside.

“The only problem is, though, they have so many different coaches with different styles, and a lot of kids have bad mechanics. And muscle memory is tough to change,” he said.

He’ll miss watching film and the game-planning that comes with it, devising an offensive or defensive attack. He joked, however, about having his master plan completely forgotten once the match started.

His 2021 squad started the season 3-4, then won their final eight matches to finish 11-4, earning the fourth seed in the state tournament. The Force were upset, however, by No. 13 Delaware Military Academy to end Charter’s season and Stover’s tenure.

Stover has been a member of the DIAA volleyball committee as a representative for the Diamond State Athletic Conference, but he is unsure if he will be able to remain a member. He’s not sure what’s going to happen when the time comes to get ready for the 2022 campaign, but it wouldn’t be surprising to see him in gymnasiums around the state.